Cobra Electronics almost got its tail in a knot while trying to keep your car running. Recently, the company was set to be acquired amidst a class action law suit. At the same time, Cobra was preparing to showcase its JumPack charger at Pepcom 2014 in San Francisco.

All that aside, on October 8 Cobra shares closed finally at $4.28 approximately 95 percent of its 52 week high. That day, Justin Hillenbrand, Monomoy’s Co-Chief Executive Officer, said: “We are thrilled to add Cobra to our consumer electronics portfolio. We look forward to working with the Cobra team to build a thriving business.” 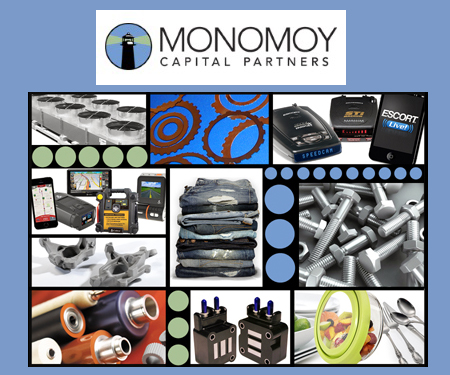 At Pepcom, Cobra products were on display and nothing was said about the brouhaha. Let’s hope Cobra’s JumPack charger can put the now privately-held company within striking distance of success.
As for users, you can jumpstart your smartphone and even your car with JumPack, Cobra’s appropriately named powerpak. What usually takes an amenable friend or stranger to get your car up and going again can be accomplished alone with this portable charger. 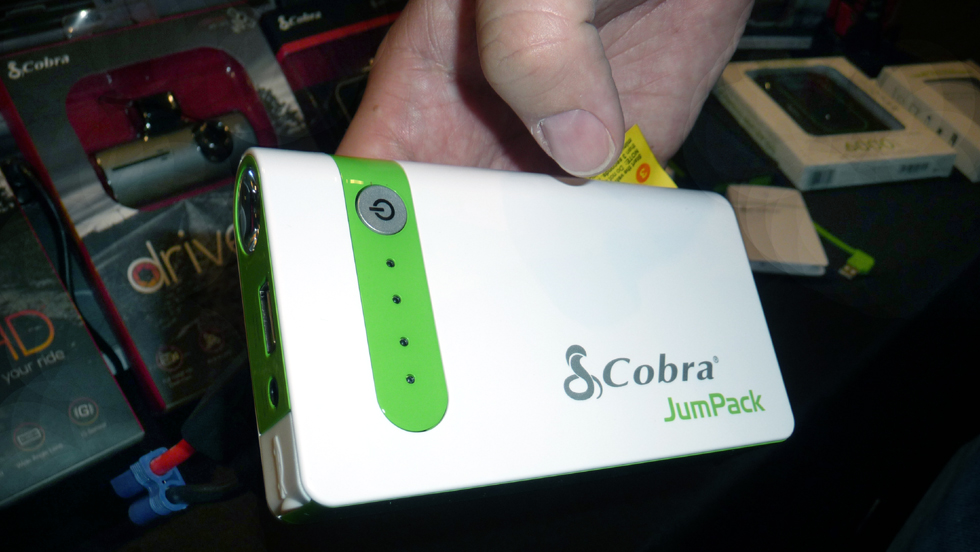 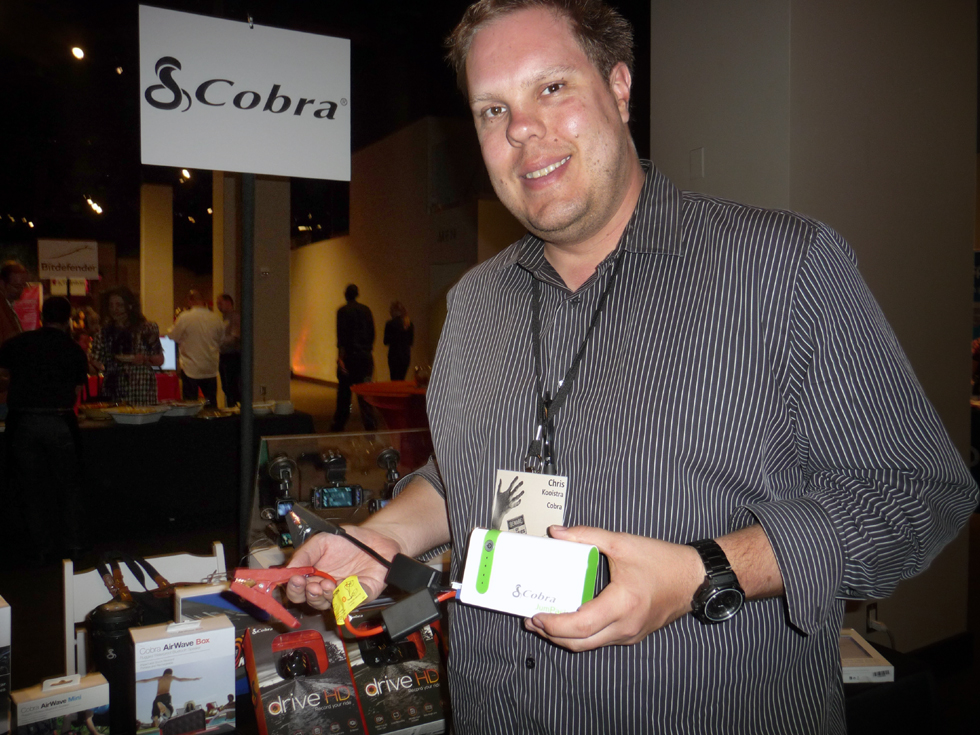 Cobra’s Chris Kooistra shows off the JumPack with its battery cables.

This handheld device packs a punch when you need it most. JumPack has 200A starting current, 400A peak current, 2.1 Amp USB Output and a 7500 mAh Li-Cobalt Battery with an LED battery status indicator. Plus, it comes with its own set of jumper cables. You can load it up with energy to be ready when you need it from either your home electric outlet or a 12V charger. As a bonus, the unit provides a built-in strobing LED flashlight and an S.O.S function. 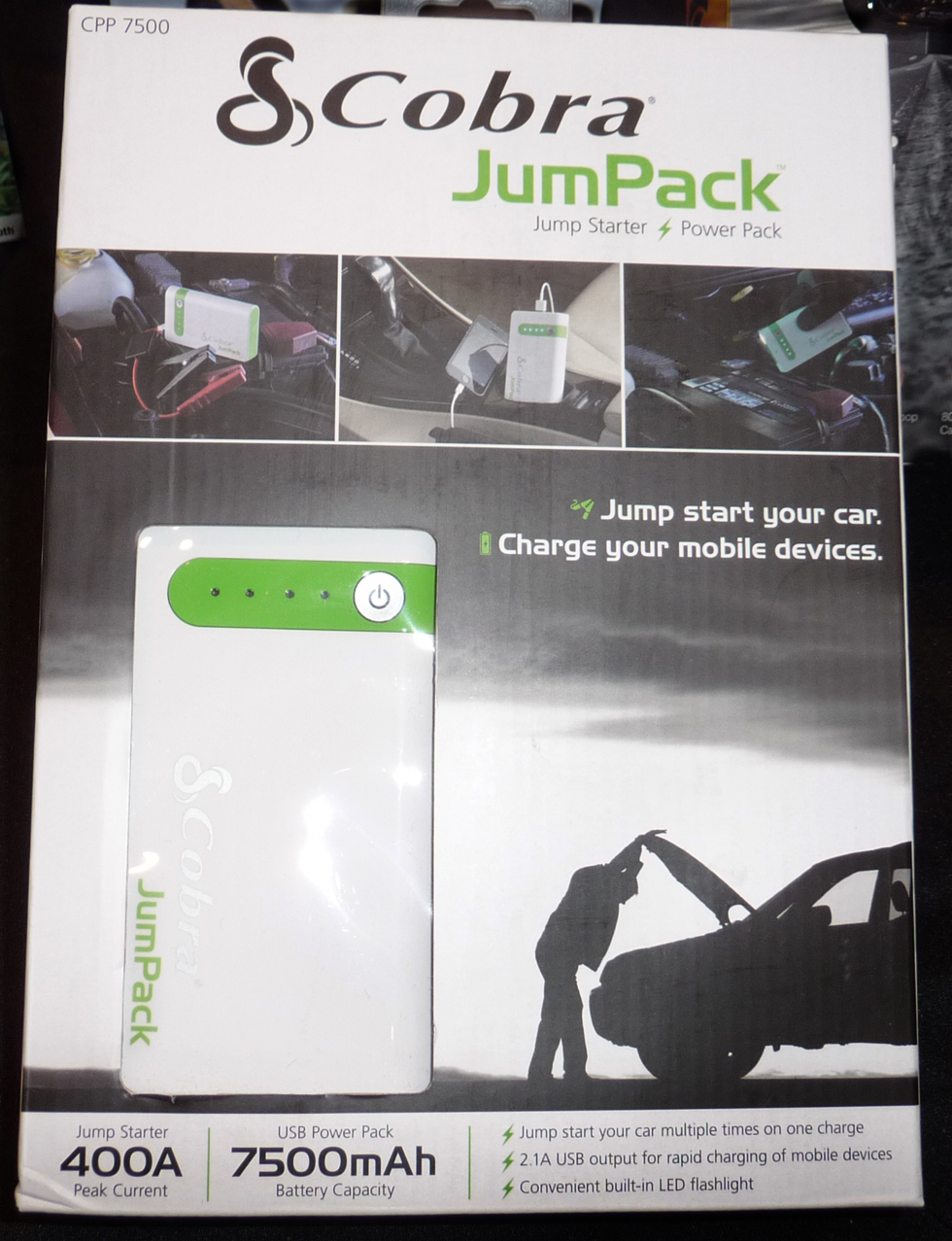 It’s easy for you to wriggle out of trouble with the JumPack. See how a snake gets out of harm’s way in the BBC presentation or continue below with our discussion of other Cobra products at Pepcom.

If you are looking for portable sound, check out the Cobra Airwave series. They are hands-free speaker / speaker phone Bluetooth wireless devices. The AirWave 360, as its name implies, is a surround sound speaker that is Siri/S Voice enabled. It can be fun controlling the 360 with hand gestures.

The AirWave Mini is not only cute, but its tire-tread exterior is dust and water resistant. It rates as JIS4 (Japan Industrial Standards level 4 on a scale of 1 to 8) which means the exterior is essentially splash resistant. Like Ivory soap, it also floats, so don’t worry about it falling out of the boat or into the pool. If the kids are using it for a game of keep-away, be assured it is supposed to be shock resistant. Bluetooth is V. 2.1 + ERD +A2DP. 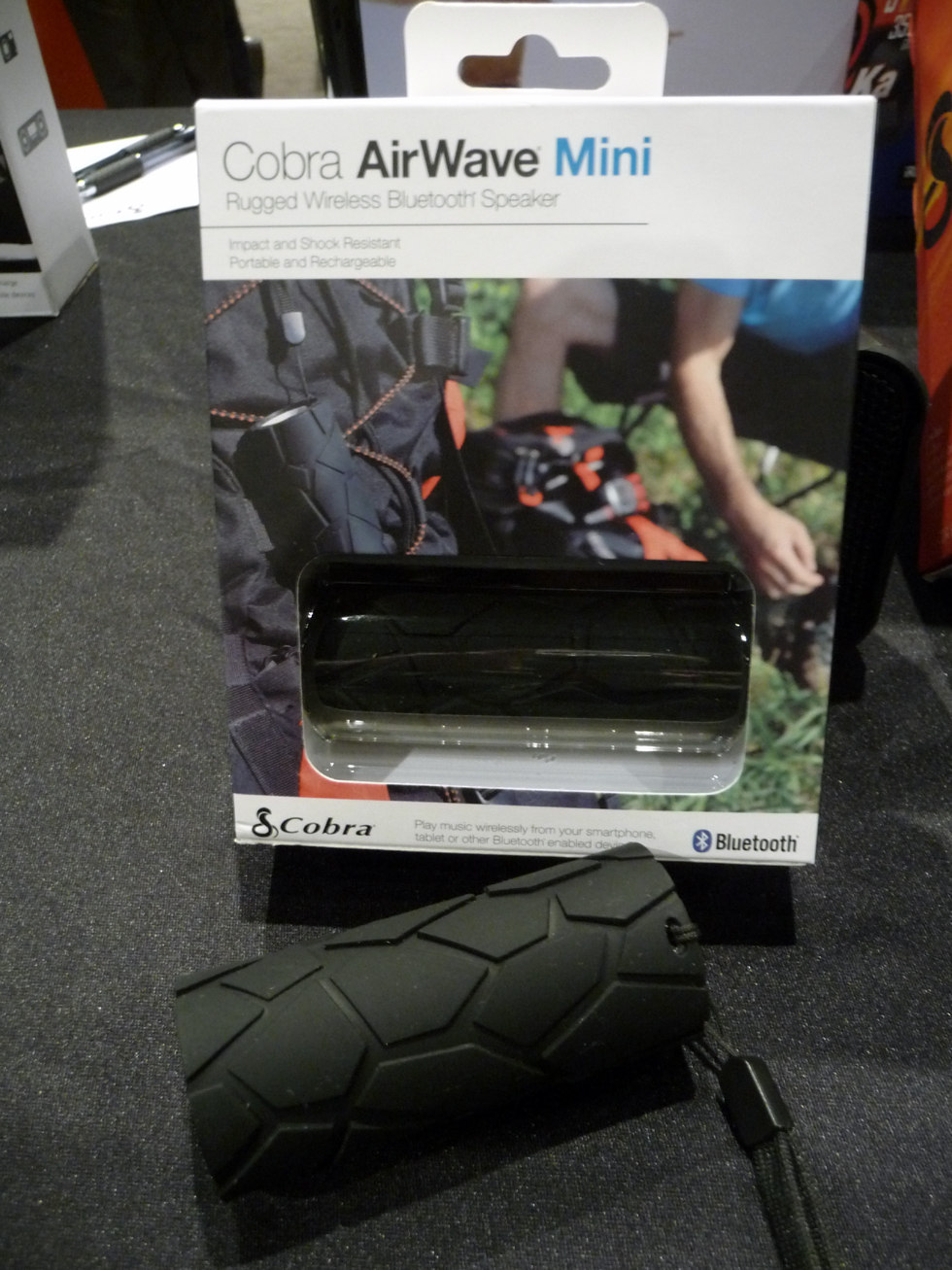 With that kind of protection and a range of 30 feet, 10 hours of music, 120 hours standby, and phone call answering at the touch of a button, what more could you want? Now’s the time to buy a Mini for Christmas while they are on sale for $39.95. 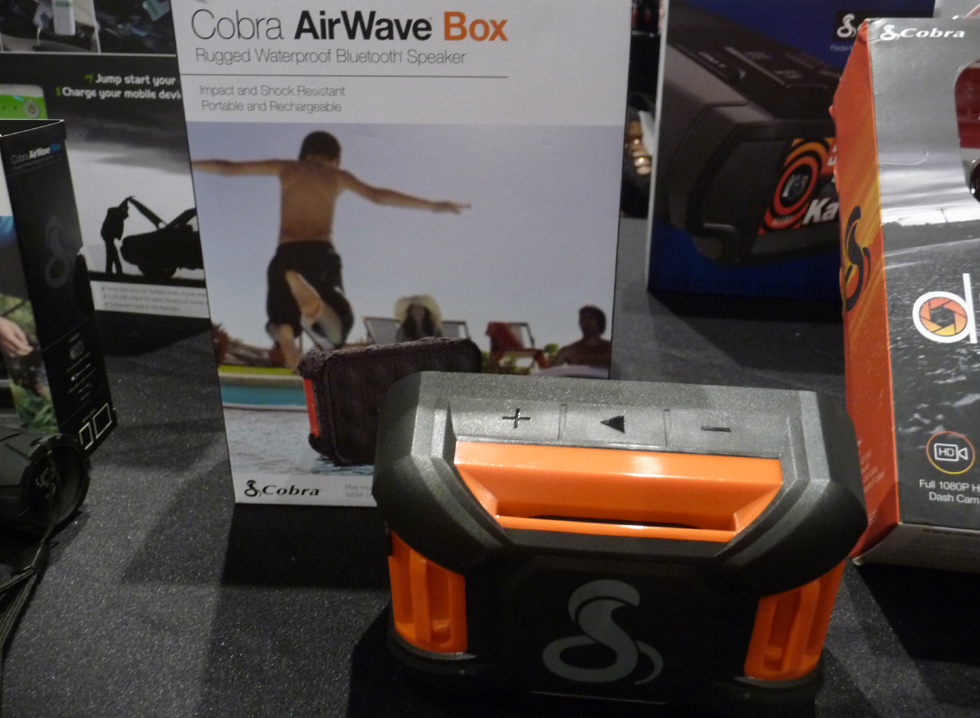 If you are a little harder on your devices, the design of the larger speaker, the AirWave Box is waterproof. It rates better than the Mini for water protection with a score of IPX7 which means the interior won’t get wet if your speaker is actually immersed in water. It contains a rechargeable Lithium-ion battery. Bluetooth is 4.0 + A2DP.

Cobra carries dash cams, solar powered products, all weather radios, and radar detectors. For a full line of their products visit their website where you can also trade in your old CB radio, radar detector or navigation unit on a new one.