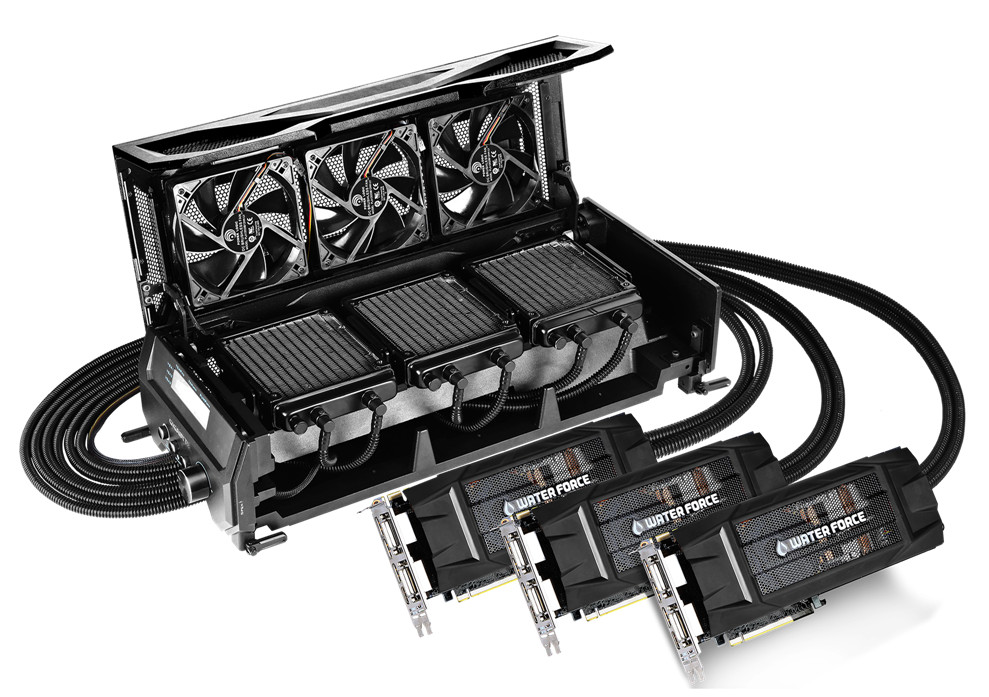 The configuration involves fitting three GTX 980 cards in SLI, with the liquid cooling provided by a dedicated case that can be mounted above an enclosure. The external case features a dedicated 120mm radiator for each GTX 980 video card, and comes with a control panel at the front through which you can adjust an individual card’s settings manually. The LCD screen at the front shows information about pump and fan speeds, noise levels as well as temperatures. 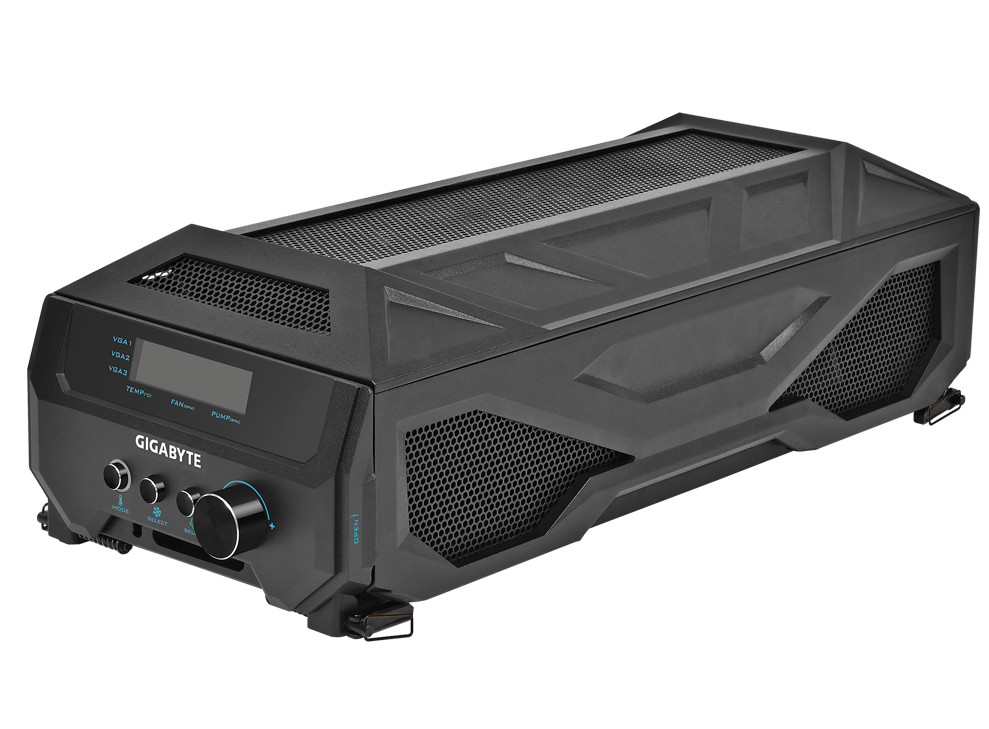 The cards themselves are factory overclocked variants, and come with core clocks of 1228 MHz and a boost clock of 1329 MHz. Memory bandwidth is at 7.00 GHz. The liquid coolant running through each card also cools the memory and VRM. To ensure that the entire configuration fits securely into your system, Gigabyte is including an SLI bridge, 5.25-inch front panel bezel through which the coolant tubes make their way out of the cabinet and a reinforcement beam (so that the sheer weights of the cards does not bend the motherboard). The vendor is also throwing in grommets for users looking to effectively manage all the coolant tubes.

The SKU for the system is N980X3WA-4GD, although there is no indication as to when this would hit retail. Also, there is no confirmation from Gigabyte as to how much the GeForce GTX 980 WaterForce Tri-SLI would cost, but initial estimates suggest that the system would cost in the vicinity of $3000. It remains to be seen whether there is any need for such an elaborate video card configuration, but then again we live in a world where Nvidia is able to successfully sell the Titan Z.