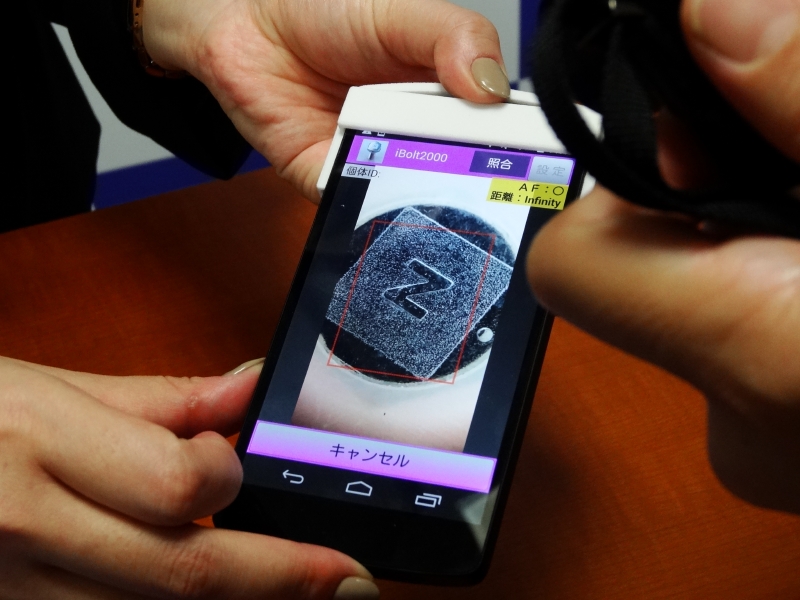 Counterfeiters and pirates beware: there’s a new way to detect knock-off goods using only your smartphone.

NEC (TYO:6701) has announced the development of its new image-based product recognition system, which is designed to instantly detect counterfeit goods on the spot. By using a photo snapped with a smartphone, the said system is capable identifying and detecting a certain product, determining its quality and authenticity.

The new product recognition system identifies a specific product by detecting certain fine lines and patterns that are created during manufacturing. As soon as the product is manufactured, an image data is saved in a cloud-based database, so each and every product will have a unique “product print”. By comparing the photo taken from a smartphone to its own “product print”, the system is capable of determining its authenticity and level of quality almost instantaneously.

The recognition system is designed to work on any mobile device camera that has a sufficient resolution quality. It is however, required to use macro lens attachments in order to zoom the image enough to observe the fine lines. NEC recommends its own special lens attachment for this, though there is no word about its commercial availability and price just yet.

NEC has been working on various identification and recognition systems over the past few years. Its latest fingerprint matching technology for example, recently took headlines as the system to rank first in NIST’s technology benchmark tests this year. This time however, the concept for this new product recognition system is a development culminated from a number of previous similar ideas.

Aside from identification, the recognition system also acts as a sort of serial number for the product. In addition, because the “product print” is unique for each and every single item manufactured, the system is also predicted to be capable of detecting certain manufacturing mistakes, as well as tracing the exact origin of that very item and how it was distributed.

NEC claims that this recognition technology is the first of its kind in the world, and according to tests, it is sufficiently accurate at an almost 100% rate. Still, the company admits that the system isn’t nearly perfect yet, as its compatibility with tablet and smartphone cameras is still ultimately limited. Nevertheless, NEC is currently looking for potential business partners that can commercialize the concept, in order achieve its goal of making the technology available as a business solution before the end of the first quarter of 2015.