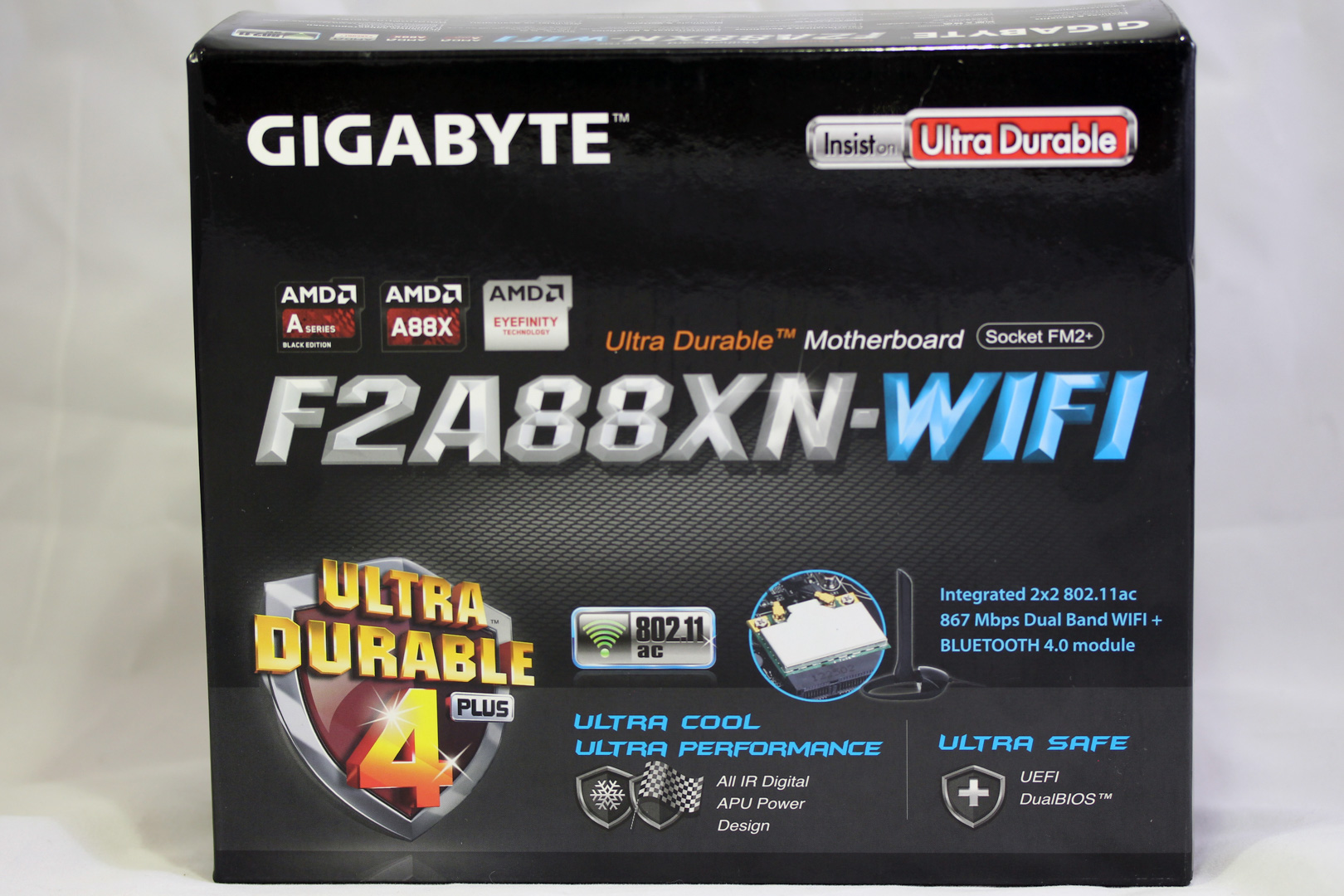 Since we are looking at this as a HTPC board we tested a few benchmarks and then tested the board with a TV and media center applications.

The board was used with Plex Media server and Media Player Classic and played various movies in different formats with hardware decoding enabled.  It churned through everything I threw at it, even with a lot of shader options added in Media Player Classic.  The sound playback was great through HDMI and played very nicely from the board to the receiver in my setup. Playing indie games and other games that demand lower graphics power played great on this board. Borderlands 2 was smooth and playable at 1080p after customizing the graphics settings a bit.  Torchlight 2 played smoothly as well and had no problems running at the highest settings.

The Gigabyte GA-F2A88XN-WIFI is a good choice for a Mini-ITX A88X board for use with a APU.  When paired with the A-10 7800 the board was fast enough for moderate gaming, and that will be great for most gaming that can be done from a couch.  The wireless was strong enough for me to place the pc far away from my router and it still maintained a very fast connection.  The bluetooth came in handy when using it as a HTPC, with allowing me to hook up my mouse and keyboard   The minor issues that I had with the placement of things on the board were very minor issues. Overall the board performs great and has won me over, my favorite feature has to be the wireless since I can get speeds just as good as wired wherever I choose to put it around the house.  The board can be found on Amazon for  $93.29 ( B00FYKNEVS )  and would make a great choice for anyone looking to build a HTPC.