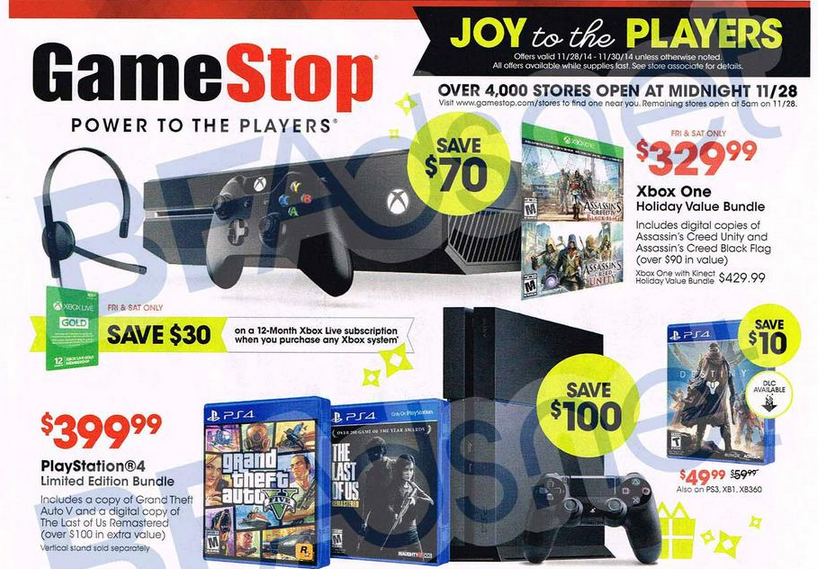 GameStop’s Black Friday circular has been leaked ahead of schedule, revealing a swath of savings across console bundles, games and accessories.

Notable deals include a $399 PlayStation 4 bundle with GTA V and The Last of Us; Remastered, and an Assassin’s Creed: Unity Xbox One bundle for $329. If you’ve scaned other Black Friday deals you’ll notice these offers aren’t much different, but GameStop does have some great deals on games. 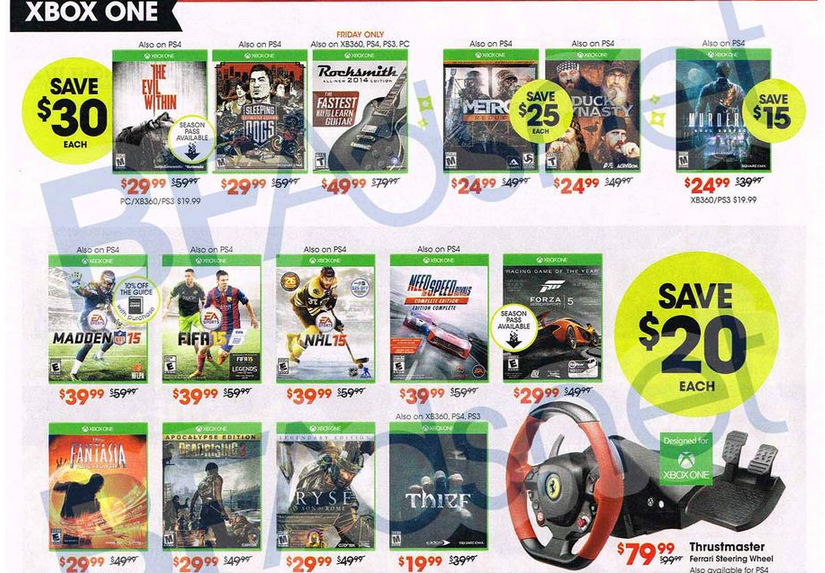 Destiny has been price-slashed to $49.99, and you can pick up Monolith’s fantastically-fun fantasy slasher Middle Earth: Shadow of Mordor for just $30.

The Evil Within and Sleeping Dogs on Xbox One are also $30, along with Battlefield 4 on PS4 and Xbox One.

SEGA’s immensely creepy Alien: Isolation can be had for $40, with Killzone Shadow Fall, Knack, and Infamous: Second Son discounted to $21.99.

Other hardware includes Sony’s PlayStation Camera peripheral for just $39.99. All Mc Farlane Toys–those loveable ultra-realistic poseables–will be discounted to $9.99, so stock up some Master Chiefs with you can! 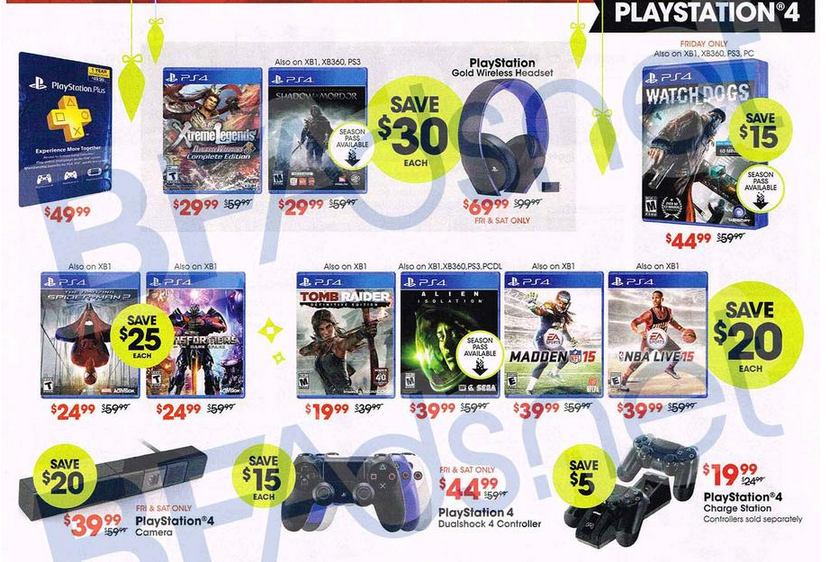 There’s a catch to these savings, though: the offers appear to be all doorbusters. According to the ad, the sales are only available from Nov. 28 – 30, so you should probably expect picked-through inventory and lines of people.

So far H.H. Gregg’s Black Friday deal is the best for Xbox One’s and PS4’s; using the online code OVERNIGHT11, you can snag an Xbox One AC: Unity bundle for just $312, or the limited edition Destiny PS4 bundle with The Last of Us: Remastered for just $444.