We recently talked about the fact that DisplayPort would be transmitting over USB Type-C in a format called DisplayPort Alt Mode, well, now there’s announcement from MHL who is announcing a similar alternative solution. MHL is the mobile connectivity standard body that allows for mobile devices to connect to your TV or other HDMI-enabled devices while still being able to use one connector and deliver power to your mobile device. Currently, MHL 3.0 is capable of transmitting 4K video over a microUSB 2.0 to HDMI MHL cable and simultaneously delivering power to the device as well. This standard is specifically designed to work with TVs and HDMI ports as one of MHL’s biggest members is Silicon Image, who are also the co-creators of HDMI and MHL.

With MHL Alt Mode, there is now going to be the ability to use USB Type-C for MHL signaling, which means that signaling  standards like HDMI will be supported over USB Type-C, which isn’t necessarily unexpected considering that MHL had already achieved that in the past with an MHL 3.0 cable with a microUSB connector. The cool thing about USB Type-C, though, is that it enables powering of devices and HDMI signaling thanks to MHL Alt Mode. And because MHL Alt Mode and DisplayPort Alt Mode use exactly the same pins on USB Type-C you could theoretically have a device that supports both standards simultaneously without the consumer ever knowing. Obviously, that’s not going to be the case in most situations, but there’s a good chance that now DisplayPort can be transmitted over USB Type-C that MHL is going to have more competition than they did in the past.

Not to mention, DisplayPort is royalty free, unlike MHL or HDMI, which may end up being less costly solutions. But there’s no escaping the reality of HDMI and the fact that HDMI 2.0 is going to prolong the life of HDMI probably for another 10 years. MHL already has a fairly large 650 million device install base, with multiple SoC vendors building in MHL functionality directly into the SoC. So, clearly, there is still quite a bit of competition expected to exist between MHL and DisplayPort even though they both will likely use the same connector on most mobile devices in the future. In addition to that, MHL’s new USB Type-C MHL Alt Mode standard already supports HDCP 2.2 out of the box, which is going to be important for delivering protected content from a PC or a smartphone to a TV with HDMI. MHL also enables some really interesting use cases like docks that allow for you to dock your phone or tablet and then use it as a desktop with keyboard and mouse functionality being enabled by the MHL dock. 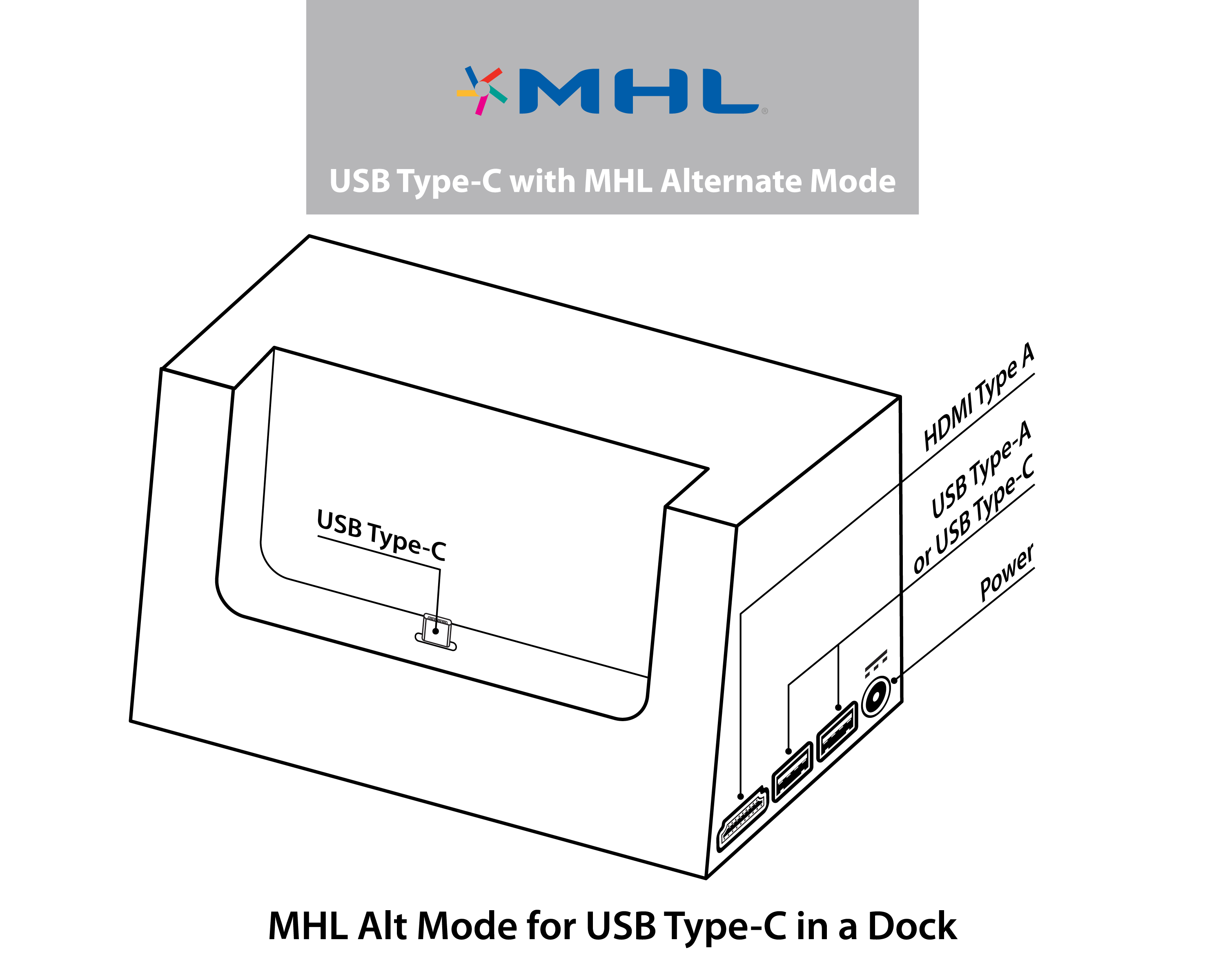