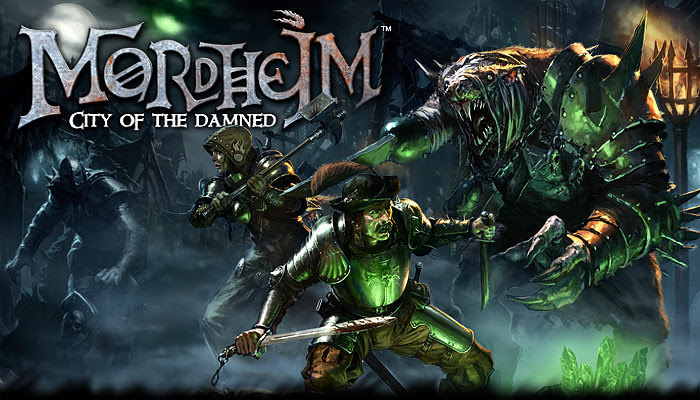 There used to be a time when Games Workshop did not focus soley on their big three games — Warhammer, Warhammer 40k and The Lord of the Rings — and had plenty of fun spinoff games. Blood Bowl was an American football parody with sneaky and ruthless star players from all races of Warhammer setting; Necromunda a dystopian Judge Dredd futuristic gang war; Gorkamorka a Mad Max with Orks and Mordheim. As these did not require an insane amount of minatures they proved financially worthless and Games Workshop let them slowly die. Initial support in the form of online orders, specialist forum and a generous set of free downloadable  rules were in time all shut down and replaced with nothing.

In Mordheim 500 years before Warhammer’s current timeline a comet struck the city and it’s fragments called wyrdstone scattered through the ruins. The city is twisted and corrupted by wyrdstones influence wih warbands of freaks and mercenaries from all over the world fighting over this mysterious resource.

Mercenaries from Warhammer world, Reiklanders, Middenheimers and Marienburgers were just normal people with some variation in theme and gear. On the other hand you had crazy religious fanatics Witch Hunters, battle nuns The Sisters of Sigmar, The Undead lead by vampires, rat people Skaven and Cult of the Possessed which is exaclty what it says in it’s name. Lowly cultists, souless maniacs, heretical magicians, unholy beasts and abominations.

In times these were followed by classic Warhammer army themed warbands and several different story settings.

Rogue Factor and independent video game developer has announced iminent Early Access for their first project, a game based on Mordheim. Relevant information can be found on game’s website. Mordheim: City of the Damned is a turned-based tactical game where players lead their warbands into classic skirmishes.

Players who participate in the Early Access of Mordheim: City of the Damned will receive 20% discount. Feedback on the game will be sent through SteamHub and the official forum.

Early Access starts with two Warbands, the Human Mercenaries from the Empire and the Skaven Clan Eshin. For those not into Warhammer imperials are religious drunkards and the ugliest humans fantasy has ever produced while Clan Eshin are sneaky rat ninjas, dealing in exotic weaponry, poison and backstabbing. At first there will be two procedural maps with random stuff and two unique maps in the deathmatch mode. The tutorial will explain everything while additional content is expected to arrive in time.

At the time when Warhammer Online MMO came many Games Workshop fans wondered why Mordheim was not the chosen setting. Smaller parties would make more sense in a warband based game and not one themed after massive battles. While this is not an MMO, players have been waiting for a Mordheim game since forever and it is finally here.