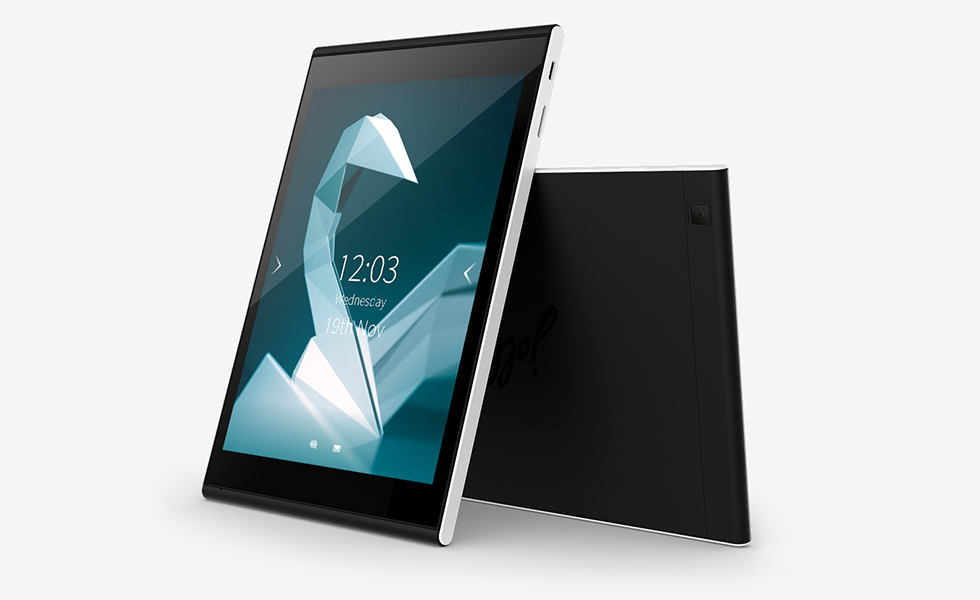 Today, Jolla, the open source operating system and phone, announced it is now going to have its own tablet as well.

The Jolla Tablet is the company’s first tablet, featuring a 7.85″ screen and an Intel quad Core mobile SoC. This tablet is going to sell for under $200, which may make it one of the best deals in the tablet world next year. While the Jolla tablet runs the open source Sailfish OS, it also has some awesome aspects to it that make it more consumer friendly, like the fact that it has 32 GB of storage as well as an SD card slot. Something that the iPad, Nexus 9 and the newly announced Nokia N1 don’t have.

But there are some compromises here, it has a slower 1.8 GHz Intel chip, 2GB of RAM and a 4300 mAh battery, which is only 30% more than the current crop of smartphones. The Nexus 9 and iPad Mini 3 both have more than 50% more battery capacity than the Jolla Tablet, so I would suspect that battery life will not be this tablet’s strong suit, unfortunately. It also only has 802.11 a/b/g/n Wi-Fi and no MIMO, which means that battery life will likely be even worse due to weaker Wi-Fi signal. Battery life should be a major concern for this device and isn’t even mentioned once anywhere in Jolla’s documentation. It also sports a measly 5mp main camera and a 2mp front-facing camera. Once again, not a huge fan of tablet photography, but this is probably a way that Jolla is able to get the Jolla Tablet’s cost so far below its competitors while still having that ‘camera’ tick box functionality. 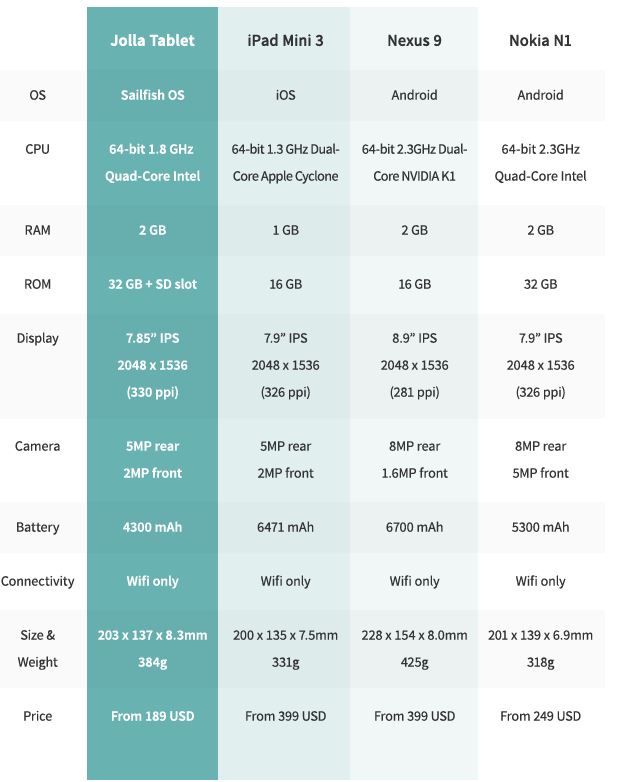 What is awesome about this tablet, however, is that it is completely crowdfunded on Indiegogo and they have only opened up the campaign today and are already over 200% of their goal and are very likely to run out of tablets to sell within the day. So, this tablet is both open source and crowdfunded and not like the project from Canonical where they wanted the public to completely fund the profitability of Canonical through a crowdsourcing campaign.

It also appears as though Intel’s success in the mobile space in 2015 looks to be much better than it was in 2014, even if they are only partnering with emerging brands. If Intel properly ties themselves to upcoming and upstarting projects and products, they may actually find a way into the market and test their capabilities with biggest customers later on. The expected delivery date is May 2015. After that, they will very likely start putting the tablet up for sale for around $200 (they said $189).

There’s almost a certain chance they will sell out, the question will be whether it will be today or not, which is currently looking very likely. Below, you can watch Jolla’s promotional video about the Jolla Tablet.