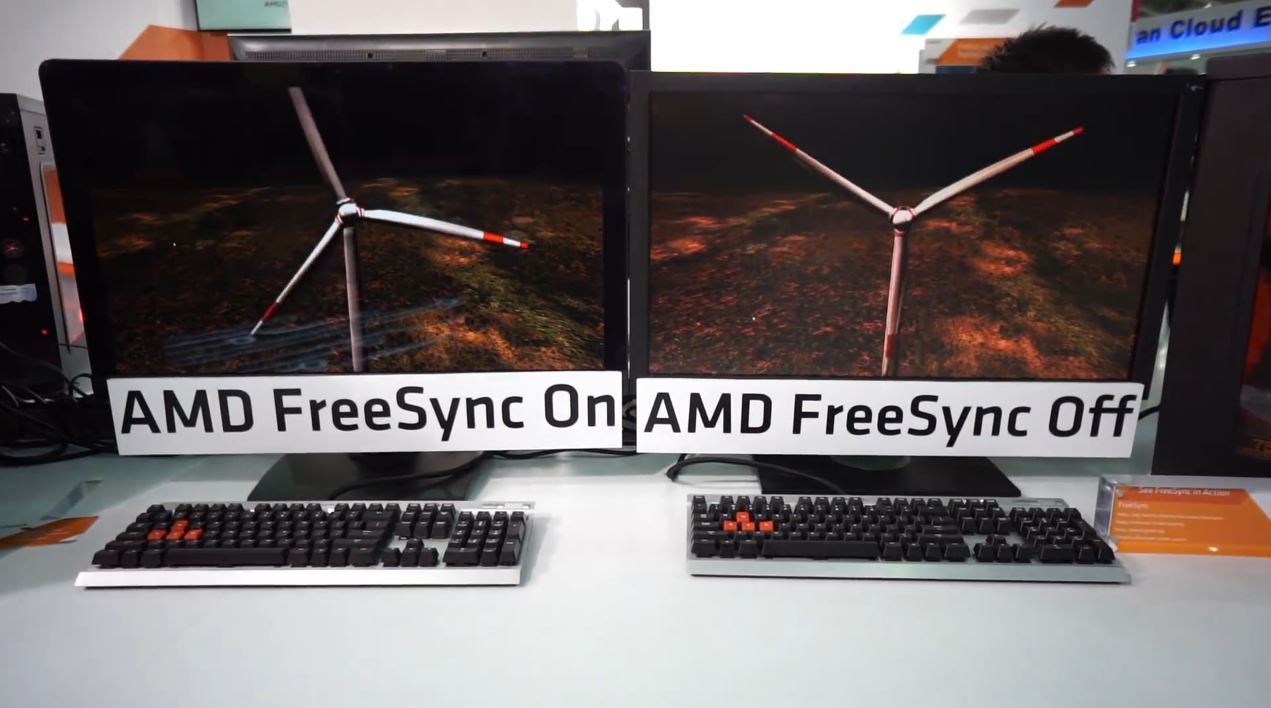 AMD (NYSE:AMD) and Samsung (KRX:005930) announced a partnership today at the AMD Future of Compute event in held in Singapore.

The partnership will have Samsung making FreeSync enabled displays, and they will begin to appear in March of next year.  The first will be 23.6 inch and 28 inch versions of the UD590 which will both be UHD (4K) displays.  Later will come some more UHD displays in the UE850 line with 23.6 inch, 28 inch , and 31.5 inch models.  AMD’s FreeSync is its alternative to Nvidia’s G-SYNC tech that has been in the market for over a year now. AMD went the royalty free route with its FreeSync technology that is based on the Adaptive-Sync open standard for DisplayPort.  VESA is implementing this technology in the new DisplayPort 1.2a and DisplayPort 1.3 specification.  With the lower costs of FreeSync tech this will no doubt encourage more manufacturers to use it in upcoming models.

. But even with a decent amount of monitors on the market, Nvidia’s G-Sync monitors command a serious premium over equally specced monitors without G-Sync. As such, this could potentially put Nvidia at a disadvantage since many monitor manufacturers are constantly looking for ways to differentiate without spending too much money on the bill of materials (BOM).

There is little doubt that FreeSync will do well and that the partnership between AMD and Samsung will do well with the products.  With about four months until the models come out users will have plenty of time to set some money aside each month now that we have a date.  This will be the go-to monitor of choice for the AMD fans and there sure are plenty of them waiting for the next-gen AMD product to pair with a FreeSync monitor. There has also been talk of companies like BENQ and even ASUS potentially releasing FreeSync compatible monitors. The reality of the situation is that adaptive sync is the superior technology and will very likely get adopted by Intel and that will help AMD overcome Nvidia’s overall size and dominance in the graphics market. Once AMD can partner with Intel (crazy to think) to push FreeSync/Adaptive Sync in both companies’ products then G-Sync will effectively be dead. But you can’t blame Nvidia for wanting to improve gaming, even at a fairly high cost.