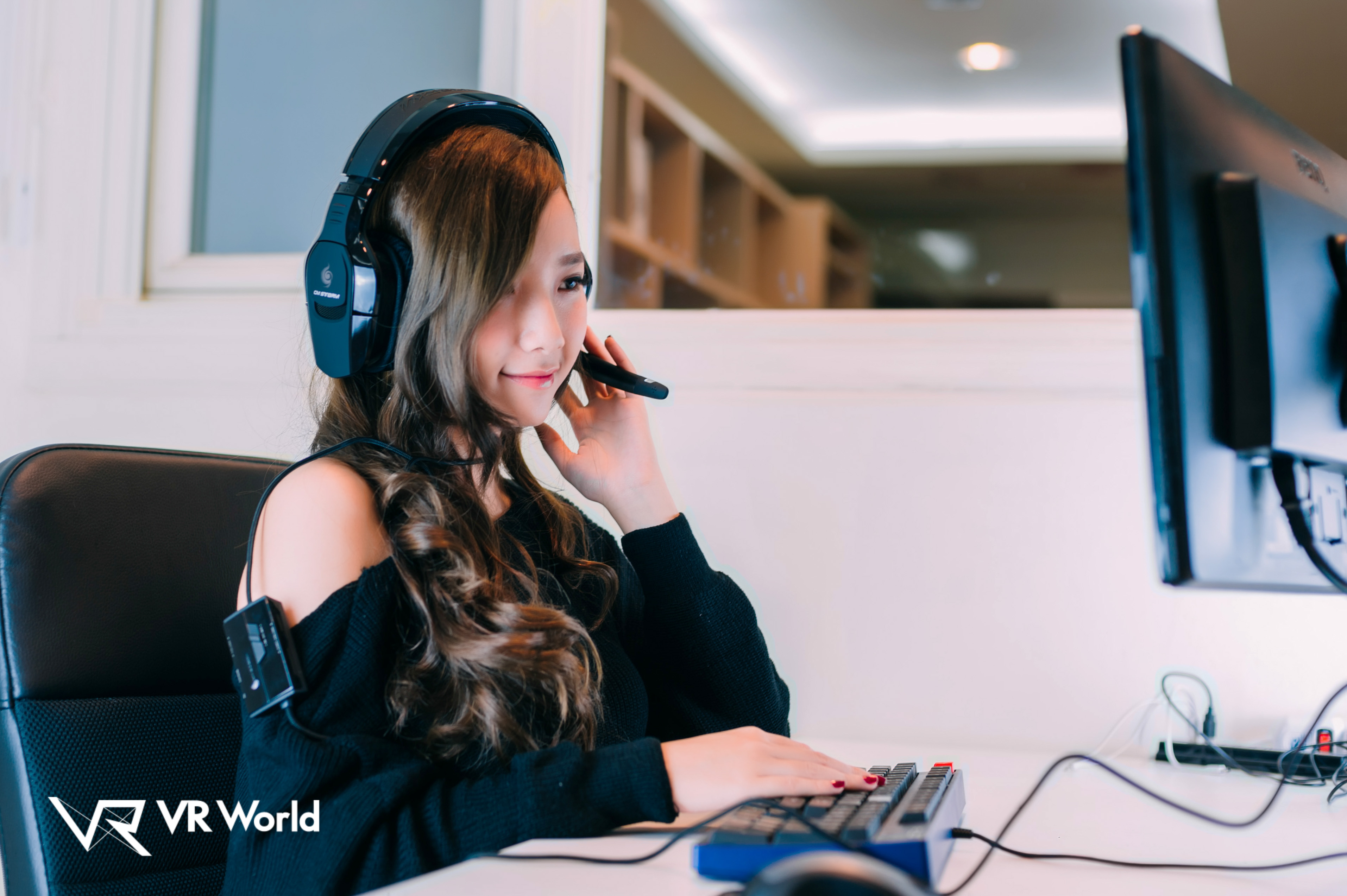 Cooler Master has long been associated with PC components such as cooling systems (as the name implies) and cases, but the company does offer a wide range of products targeted at enthusiasts.

A few months ago the company launched the CM-Storm Sirus-C gaming headset that’s compatible with both PCs and game consoles. While Cooler Master chose not to include 5.1 or 7.1 support with this specific headset model — as is popular with other vendors — the end result is a solid product that is sure to leave nobody disappointed.

Like most gaming headsets, the CM-Storm Sirus-C is big and bulky. As Cooler Master emphasizes that the headset is also compatible with consoles, it also includes RCA connectors in addition to USB.

The headset is powered by two 44mm drivers, one in each earcup, and an additional 40mm driver for bass. The build quality of the headset is satisfactory, and nothing feels like it would easily break or snap which is the case with some headsets. Included is a remote, that has all the essential functions like volume, microphone muting, and a toggle between PC and console mode. The remote also has a belt clip, but it’s not clear how useful that would be for many users.

No gaming headset would be complete without a microphone, and Cooler Master provides a omni-directional microphone for voice chat. 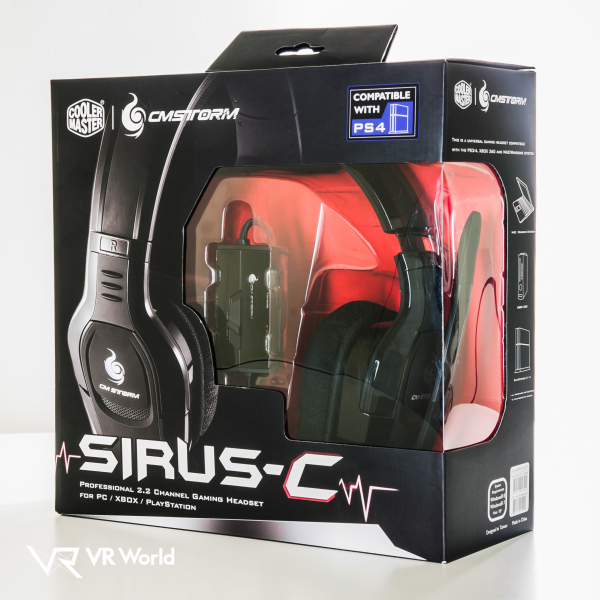 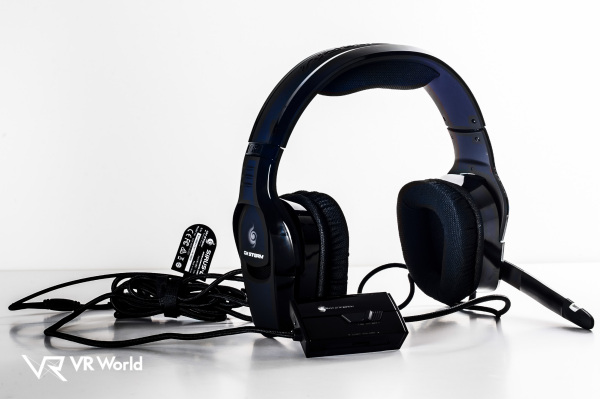 If one were to look for a downside with this headset, it would be in the weight. At 425g, it feels a bit heavier than other competing headsets on the market.

That being said, comfort is not an issue. The headset fits snugly, with the ear cushions not digging into the user’s ear making extended gaming sessions not a problem. For users with bigger heads, the adjustable headband allows the headset to fit even the biggest skulls.

Taking the headset through a few rounds of gaming, music and movies one finds that the headset does a very respectable job for the price point. Cooler Master says that the headset has a frequency range of 20Hz-20,000Hz. During gameplay sound effects were punchy, and they didn’t drown out dialogue. However, during game play the bass seemed to be overbearing and too powerful. It would occasionally drown out mid-range and high-end sounds. This can be fixed, of course, through the use of an equalizer but most users don’t have the knowledge or care to do this.

With any USB-powered headset there will be compromises in sound quality as it does sound slightly compressed. In this headset’s case, as it’s not targeted towards audiophiles, this is not a huge issue.

Overall, the sound quality is acceptable for a mid-range headset.

With the CM Storm Sirus-C, Cooler Master has built a solid mid-range headset. Cooler Master isn’t targeting audiophiles, and with the price point some compromises must be made such as with sound quality. In addition, the choice of going with a standard stereo setup instead of 5.1 — as is the case with many gaming headsets — has its drawbacks too. The sound is immersive, but not as immersive as a solid 5.1 headset.

The CM Storm Sirus-C is available now from Amazon for $164. 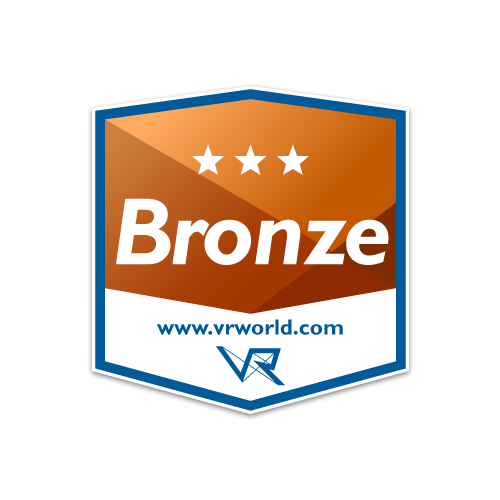