As the China Airlines (CAL)(TPE: 2610) recently introduced its new fleet of Boeing 777-300ER jetliners to its Pacific services, the aircraft itself and the twist of decision making on plane purchases between the airlines and its rival EVA Airways (EVA)(TPE: 2618) became highlighted.

CAL possesses 10 Boeing 777-300ERs, while four of them leased from GE Capital Aviation Services and another six were purchased as brand new aircraft from Boeing Commercial Airplanes (NYSE: BA). CAL plans to commission these new 777s for flights over the Pacific Ocean and destinations between Taipei and European cities.

“This is an important milestone for us because it will increase our business and elevate our flight services,” said Sun Hung-hsiang (孫洪祥), chairman for CAL.

CAL’s new 777-300ER has 40 seats in the business cabin, 62 premium economic seats and 256 economic seats with the new “family couch” design. A total of 358 passengers can be hosted at the same time onboard the new jetliner. 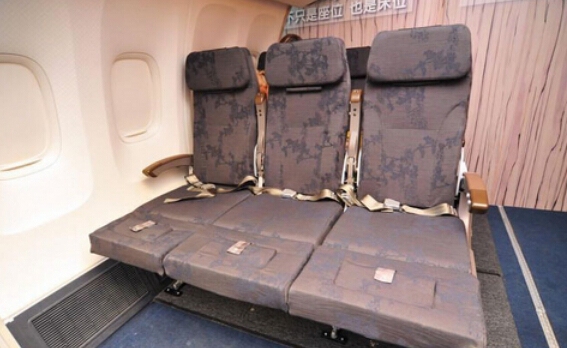 The family couch targeted towards families on the go. (Photo: China Airlines)

The “family couch” occupies a total of 30 economic seats within 10 rows. These seats can be adjusted to be flat sofa beds.

Sun said that the new 777-300ERs were planed to be commissioned for flights between Taipei and Los Angeles since Dec. 1, joined by Taipei-New York flights next February, Taipei-San Francisco next September and Taipei-Frankfurt next November.

Catching up to the competition

Local rival EVA Airways (TPE: 2618) also has the same plane in its fleet. EVA’s first four 777-300ERs were purchased in 2000 and the airline possesses a total of 18 of them today. Meanwhile, CAL decided to purchase 747-400s in 2003 to replace older 747s they bought between 1991 and 1994, while the airlines also bought a number of A340-300s and A330-300s. Although EVA relied on relatively more economic aircraft for business, the airlines has also suffered from the massive increases in the price of oil over a short period of time and lost $61.2 million in 2007,  as the average price for gas increased 34% between 2007 and 2008. In August 2008, EVA made public its latest financial report which said that the company lost more than $1.6 billion during the second quarter in that year. 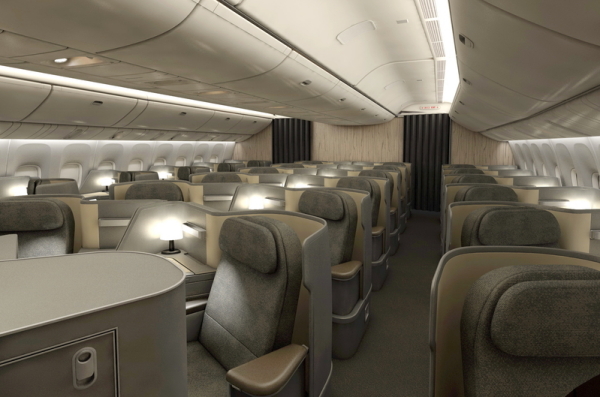 During the same period, CAL reportedly to lose approximately US$7 million during the fourth quarter of 2008, while most of the cost came from expenses on fuel and related maintenance projects for the fleet, which also became an important trigger for CAL to re-consider its policy for purchasing its next generation aircraft.

In addition to decreasing regular flights and increasing ticket prices, EVA also dismissed half of its staff members in Los Angeles in 2008, while newly-recruited cabin crews were told to postpone their boarding date.

Choices for the sky

The former CAL technician said that in addition to 777s, there is still a great chance for CAL to continue its procurement on Boeing’s next generation 747-8I.

“It is a tough choice for CAL between 777s and 747s because to compare with them, 747 is a gas guzzler but hosts more passengers onboard, while 777 is a lot newer, gas efficient, and easy to maintain,” he said.

In the long-run, he said, CAL is planning to replace 747s with 777s while A350s will replace A340s. A330s and Boeing 737s will remain in services for those flights that are shorter than six hours.

The latest statistics showed that CAL hosted an average amount of 15 million passengers a year, which is ranked 18th among global competitors. Approximately 29.59% of its annual income came from its cargo business, while the total volume of its cargo is ranked 5th among other competitors.