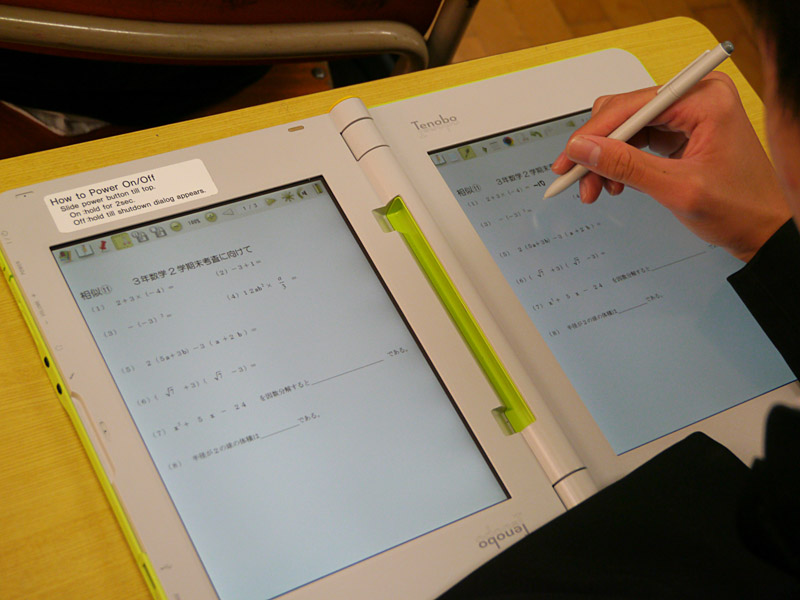 Here is the daily roundup from Japanese consumer tech and tech business websites for December 8, 2014.

Sony (TYO:6758) plans to launch a new tablet model aimed for educational purposes. The tablet will be designed to use the company’s Tenobo learning system, and will operate using a Linux OS.

The Tenobo system was introduced last 2012, as an educational solution proposed by Sony for mobile devices. The new tablet will feature an enhanced version of this system, allowing students to use the tablet’s dual screens much like an ordinary notebook. Sony plans to distribute the tablets at Tatsumi Junior High School in Kurashiki City, Okayama Prefecture for preliminary testing this year. The school has been known to use and implement innovative new educational systems, which makes it the perfect testbed for the new Tenobo-optimized tablets.

Sony expects the tablets to be available at around August next year.

Asus Chromebook gets a second release in Japan

Asus Japan (TPE: 2357)  announces the official re-release of the Asus Chromebook in Japan. The new models are to be catered for personal use, and will be released sometime this December.

The 13.3-inch Asus Chromebook C300MA will be available in black and white variations. The black version will be released this 13th of December, and the white version later on the 15th. Primary specs include an Intel Celeron N2830 (2.16 Ghz) processor, Intel HD Graphics, 16GB embedded-MMC, and 4GB RAM (max).

No word about official prices just yet, but it is estimated that it will be available with an equivalent price of about $300.00.

The new system, named as NeoFace, introduces the concept of camera-integrated ticketing systems for concerts and other live events. The system is basically designed to help identify customers who have already paid for the event. Instead of using a marked ticket for identification, the system would only require a matched facial scan, which would instantly identify any user within an event.

Tapirs plans to implement the system for testing this upcoming Momoiro Clover Z live concert towards the end of December.