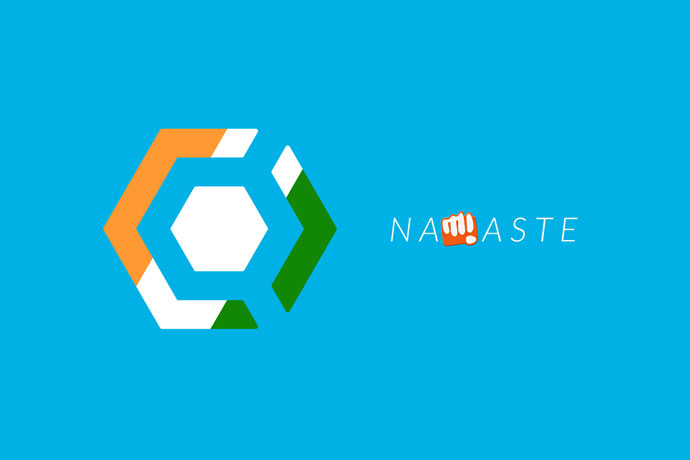 The OnePlus One made its debut in the Indian sub-continent earlier this month, with the country set to be the first territory outside of China where OnePlus has an offline presence. However, the launch of the device was marred by uncertainty regarding the status of continued updates from Cyanogen, who handles the software side of things.

In November, Cyanogen announced that it has entered into a partnership with Indian handset manufacturer Micromax in launching a series of devices that run CyanogenMod out of the box. These devices will be available later this year under the Yu branding as Micromax looks to differentiate itself from other Indian vendors. At the time, we speculated as to how the imminent arrival of the OnePlus One would have detrimental consequences to Micromax’s collaboration with Cyanogen, as OnePlus’ device already comes with a customized version of CyanogenMod out of the box.

It is this factor that has caused much consternation between Cyanogen and OnePlus, as it was later revealed that Cyanogen has entered into an exclusive deal with Micromax in India, making the Indian vendor the only manufacturer that could sell devices running Cyanogen’s custom ROM. Cyanogen’s deal meant that while the OnePlus One would still feature CyanogenMod 11S, Indian users would no longer receive future software updates. OnePlus took to its blog late last month to call out Cyanogen, and to reaffirm Indian users that it would continue to provide software updates via a custom-built ROM of its own.

Cyanogen later mentioned that it would continue to provide updates to all global OnePlus One users. At the time, the statement was met with joy as OnePlus announced during the launch that it would be bringing the global version of the device to India. Many took Cyanogen’s statement to mean that the custom ROM vendor would continue to push out software updates to Indian users after all.

That turned out to not be quite true, as Cyanogen took to its blog over the weekend to clarify that it would not be rolling out updates in the future to Indian users. All OnePlus One users from outside of India will continue to get updates, and those users who bought the global version from outside India and are using the device in India will also receive the updates, but customers who purchase the handset in India will be left out.

Where this leaves OnePlus One users in India

For customers in India, the only alternative then is to wait for OnePlus’ custom ROM, which is based on Android 5.0, and see if that is similar in functionally to what Cyanogen currently offers. OnePlus is claiming as much, but it is still unclear as to how users would be able to make the switch to OnePlus’ ROM. Usually, installing a new ROM clears all data from a device, which is something many users would be unwilling to do.

During the launch of the OnePlus One in the country, the vendor’s CEO stated that customers would be able to walk into OnePlus service centers, which will be accessible to users across the nation, and get the vendor’s custom ROM flashed. No word on how this feature will be made available to users who are not willing to or do not have easy access to a service center.

Whatever the case may be, it looks like OnePlus is making the most of a bad situation. The vendor is setting ambitious goals for itself in India, and is looking to establish a base of operations along with a robust after-sales network in the country. While OnePlus was content with not offering a series of service centers in any of its launch countries, the situation when it comes to the Indian market is different. Strong after-sales service is a make-or-break deal for most potential customers, which goes to show why brands like BlackBerry still manage to do well in the country. Handset manufacturers that have recently entered the market have realized this, and are looking to establish or collaborate with the existing service center infrastructure. Vendors like Xiaomi, Gionee and Lenovo all boast a strong service network that extends to not only the major cities, but also to remote locations in the country.

As for the device itself, the OnePlus One is turning out to be one of the best bargains of the year, which is saying something as the Indian audience have witnessed the launch of devices like the Mi 3 earlier this year. With a 5.5-inch full-HD screen, quad-core Snapdragon 801 SoC, 3 GB RAM, 64 GB internal memory, 13 MP camera, 5 MP front camera and Wi-Fi ac connectivity, the OnePlus One is the best device in the sub $400 (Rs. 24,000) segment by a long margin. Although OnePlus is collaborating with Amazon India, the vendor has mentioned that it will stick with the invite system for the time being, stating that users in the country will have easier access to invites. The only issue that remains to be fixed is that of software, and how soon OnePlus can figure out how to fix it.