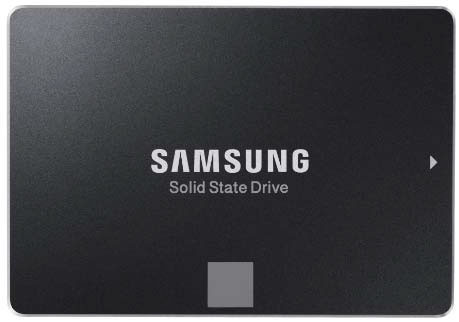 With most of the details of the Evo 850 series already leaked, it was only a matter of time before Samsung (KRX:005930)  officially unveiled the new SSDs. The South Korean vendor has done as much today, with the Evo 850 offering a significant increase in performance thanks to Samsung’s 3-bit 3D Vertical NAND (V-NAND) technology.

The new SSDs boast sequential read speeds of up to 540 megabytes per second (MB/s) and write speeds of up to 520 MB/s. The 1 TB variant also features Samsung’s TurboWrite technology, through which it delivers random write speeds of up to 90K IOPS. Data reliability is also enhanced, as users can undertake 80GB data writes per day for five years without running into any issues on the 500 GB and 1 TB versions. Other highlights include AES 256 encryption and ability to withstand changes in temperature.

With the Evo 850 series, Samsung is looking to diversify, and has mentioned that it will roll out drives that offer mSATA and M.2 connectivity in 2015. These drives will also feature the 3-bit V-NAND technology. The South Korean vendor is heavily touting the benefits of its V-NAND technology, which offers a high density and performance in a smaller footprint.

The new series of drivers will be available in over 53 countries around the globe later this month. Now that the new series is available, it is likely that the Evo 840 will see a price discount.