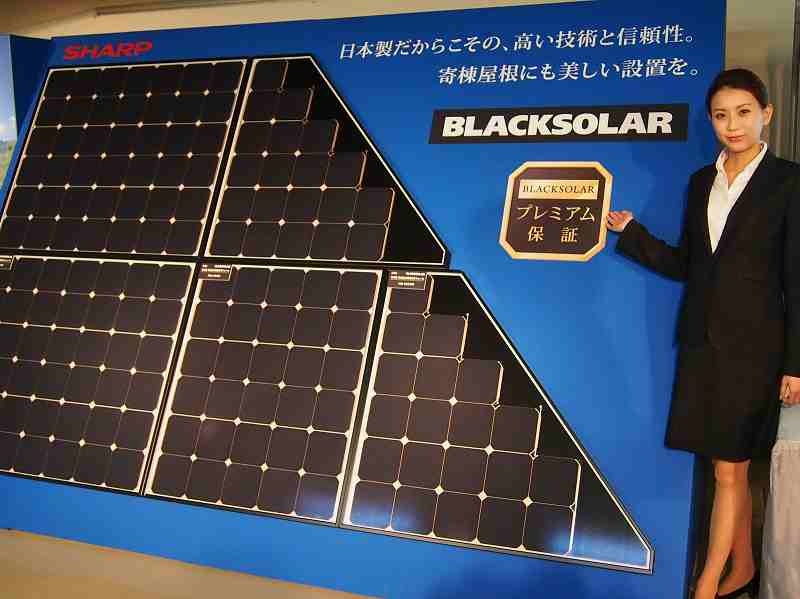 Sharp (TYO: 6753) may be hitting a ‘sharp’ turning point for its long-time solar energy business.

Sharp Energy Solutions is one of the more prominent examples in this category, with its introduction of network-based energy optimization and integrated energy management to its solar energy business. Its two-step plan may not sound too grand, but these two simple leaps may finally set up the company’s business in stone for yet another next few decades.

Meshing energy storage and HEMS into the cloud

This year wasn’t particularly considered a good year for large-scale corporate and company oriented solar businesses in Japan. On the bright side though, because of this, it is expected that the industry would eventually make its shift towards smaller scale applications in homes and private establishments.

This is where Sharp’s Black Solar panels comes in. Introduced just a little over a month ago, the new panels boast improvements in overall conversion efficiency using technology that is already available today. Sharp plans not only to sell the panels as part of a standard roof-based solar energy system, but it would also offer cloud-based home energy management systems (HEMS) and energy storage solutions as part of the entire set. By pulling combined management data from several connected solar energy systems across the network, the practical efficiency of the solar arrays could theoretically maintain optimal levels at all times.

Sharp proposes the idea not only as an alternative energy solution, but also as part of a possible zero-energy home program, with the system fully automated and self circulating at all times.

Current solar energy systems have a mean payback time of about 15 years, and then generating power for at least 10 more free years afterwards before its expected end of service period and technical support expiration.

Sharp plans to extend this free energy period, doubling the time the system generates free power to about 20 years. While its Black Solar premium warranty serve as the primary key to this objective, the pillar that would bridge this achievement would be the company’s integration of its monitoring and energy optimization systems. Sharp claims that the combination of Black Solar panels’ additional 3.5% solar absorption efficiency and 97.5% energy transmission efficiency should help maintain stability to its updated management systems. A solar energy system would thus be able to properly meet energy demands throughout the day without the users needing to actively monitor their own energy consumption.

Finally, being introduced as a home-based energy solution, Sharp also plans to address design issues associated with location as well as aesthetics of their new solar energy systems. The entire optimization scheme would include designing the array in a method that would be non-intrusive to the area where it would be installed. For instance, a solar array design that would originally render the system inefficient could simply be readjusted to its management system to adapt.

Of course, being that solar energy systems are inherently costly in terms of initial investment (for the moment), Sharp’s plans wouldn’t necessarily make solar power any more closer to being a standard norm in homes. However, the technological innovations do prove yet again one important point: that efficiency rates are basically numbers, something that can be handled and controlled in many different ways and in many varied perspectives.