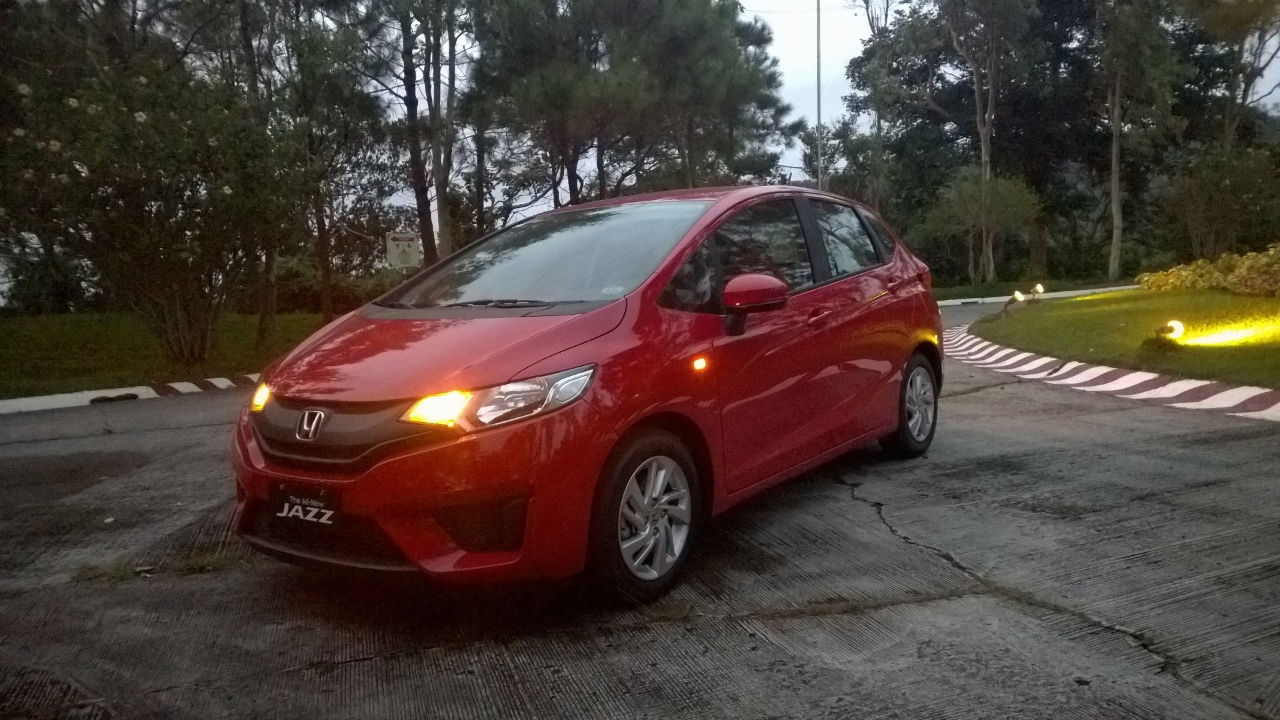 Known for its versatility, the Honda Jazz (Fit in some markets) has established itself as a class on its own. While essentially a subcompact hatchback given its body type, the Jazz is actually more of a small utility vehicle, because of the flexibility that it affords in terms of the seating and cargo configuration. Honda has proven the usability of its “Magic Seat” ULTR (utility, long and tall cargo and rest) modes in hauling different kinds of loads. Not that you’d want the Jazz to be your every day hauler for your construction business. But when the necessity arises, it’s sure good to have the added cargo capacity with the flick of a few levers.

The Honda Jazz retains the same utility configurations in the 2014 model,and this generation adds the R to ULT, which stands for “rest”. The third generation since the Jazz’s launch in 2001, this particular model is based on an all new platform shared with the new HR-V, and debuted in Japan in late 2013 and in the US mid-2014. The new Jazz uses a mix of monocoque and spaceframe construction, which helps in maximizing interior space and minimizing weight whilst retaining rigidity. This particular Jazz currently sells in the US as the 2015 Fit model.

VR World had the chance to take the 1.5 V CVT variant of the All New Jazz for a weekend spin around town, climbing mountain routes and cruising through highways. Plus, we were also able to put the car’s cargo utiltiy to the test with a chance trip to the hardware store.

The All New Jazz has a slightly longer body and wheelbase, and having re-designed the rear suspension without an anti-sway bar, the ride characteristic should differ slightly from the second-generation Jazz, but this means added rear cargo width capacity. The new model comes in various engine and transmission configurations, including a 1.5 liter and 1.3 liter Earth Dreams i-DTEC engines for the North American and Japan markets. The Philippine market unit we reviewed came with a 1.5 liter i-VTEC, which comes standard across the entire new Jazz line. Some markets will also get a turbocharged 1.0 liter three-cylinder engine currently under development.

The 2014 Jazz is actually shorter by about 7.6 mm, although wheelbase has been stretched by 30.5 mm, which means a marginally more comfortable ride, and some advantages in interior seating space.

Higher-spec units come with additional amenities and safety features, such as foglamps, side mirror-mounted turn signals, smart key, side curtain airbags, touch-screen stereo controls and rear-view camera. All models, except for the base MT come with a cargo tonneau cover, which is useful for keeping stored items from prying eyes and for added air conditioning efficiency.

The Jazz retains the same basic design elements of the previous generations, including a cab-forward design with sloping hood, as well as small and sloped C-pillar windows. The general look echoes that of Honda’s other new launches, including the All New City, which VR World reviewed a few months ago. This includes the bold “H” grille design, and the character creases that extend from the front fender through the door handles, finally extending through the rear headlamps.

One big design discrepancy from previous Jazz models is in the headlamp. This generation eschews the bug-eyed triangular-shaped design of the old Jazz, with designers opting instead for a flatter and more wedged look that echoes the latest City and Civic models.

Being a subcompact hatch, the Jazz is designed more for utility and space rather than cruising comfort. Front and rear legroom is generous although not excessive. Compared with the outgoing Jazz, this generation increases rear legroom by about 12 cm.  Seats are quite firm, however, which can lead to driver and passenger fatigue in long drives. Our review model comes with one 12 volt power socket, a USB port and nine cupholders.

Notably absent in our review variant is a touch-screen interface, which Honda introduced in the new City. The integrated audio system does support USB MP3 playback, Bluetooth audio, as well as mobile phones. The two-line LCD screen is quite limited, however, and folks who are used to touchscreens in smartphones and tablets would be disappointed. The VX and VX+ models do come with touchscreen audio interface.

Compared with the City, however, utility is where the Jazz wins. Its 350 liters cargo capacity in normal seating mode is a 13 liter increase from the previous generation. And while the City does have a 510 liter trunk space (already class-leading for a subcompact), the Jazz’s rear seats can be folded down flat to increase cargo capacity to 906 liters. With front seats also folded flat, storage capacity goes up to 1,492 liters. The car also offers a “tall” mode, in which the rear bench can be folded up to haul taller items. The rear seat bench and backrest split is 60:40, which means the car can still accommodate passengers in various modes.

It helps that the Jazz’s fuel tank is located below the front seats. This means items can also be stowed under the rear bench, and this gives way to the “tall” mode, which enables cargo from floor to ceiling height. And one clear advantage over the competitors: the Jazz’s rear seats fold full flat, unlike other hatchbacks with seats that only fold forward with a big slope.