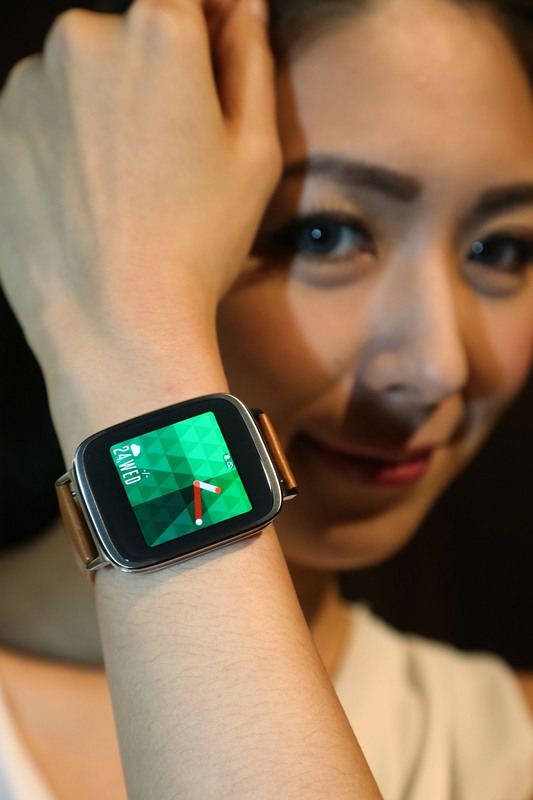 Prior to the debut in Taiwan, ZenWatch has been available for sale in North America and Japan for more than a month.

Asus said that the smartwatch is based on the Android Wear 5.01 operation system, weighs 75g and measures 51X39.9mm on the face, with the thickness ranging from 7.9mm to 9.4mm and the stainless steel finish. It also has a 1.63-inch display, which is AMOLED, with 320X320 pixel resolution, 278ppi. Also, the smartwatch is IP55 rated so the owner will not have to worry about splashing it.

Asus listed the battery for ZenWatch as 1.4Wh in its official specs. Analysis on the watch suggested users to charge the watch every night before use. Asus said that the ZenWatch needs to be attached to the limpet-like charging base that connects to the back for recharging the battery. That plate will accept a micro-USB charger.