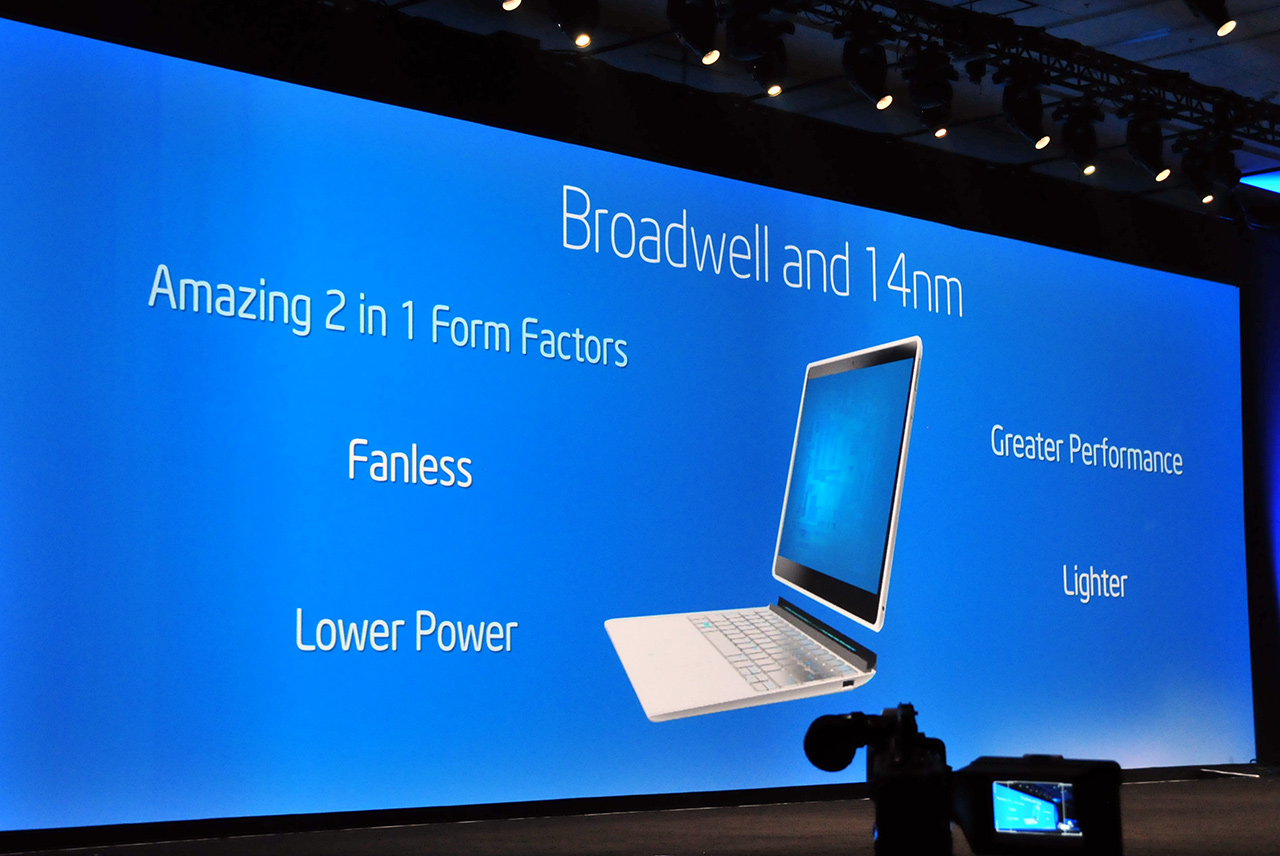 The launch of Intel’s (NASDAQ:INTC) fifth-generation processors has been delayed from last year, but the silicon vendor has formally launched the Broadwell U series at CES. Intel unveiled a total of 17 new dual-core processors today, and has set its sights on both mainstream users with the Celeron line and high-end users with the Core i3/i5/i7 series.

Broadwell U signifies a marked shift in the way Intel launches a new series of processors. Until now, whenever Intel had to launch a new line of CPUs, it would initially focus on the high-end segment, and introduce low-end variations as manufacturing costs came down. That isn’t the case with Broadwell U, as Intel’s entire lineup of consumer CPUs is being refreshed today.

Although Intel is marketing the Broadwell U line as being performance-driven, the products launching today are all dual-core variants with a TDP of under 30W – quad-core CPUs with TDP of 45W and above are said to be coming sometime later this year. Most of the processors in the Broadwell U series come with a TDP of 15W, and these will be the ones that are commonly chosen by OEMs in their Ultrabook designs that will be rolled out over the coming months. As for compatibility, Intel has announced that Broadwell U is pin compatible with Haswell U, which allows manufacturers to slot in the new processors without having to undertake new designs.

Broadwell U is said to deliver more battery life than Haswell U, with Intel claiming that the latest generation offers at least an increase of one and a half hour from Haswell U. The clocks have also increased, but considering that Broadwell is the tick in Intel’s release cycle, performance gain over Haswell is not substantial. Hardware featuring Broadwell U is targeted at users looking to upgrade their two- or three-year (or older) systems, and in that scenario, shifting to the latest generation makes a lot of sense. For users on Haswell-based machines, it is better to wait for the quad-core CPUs.

The GPU also sees an overhaul, with Intel launching the Iris 6100 and the HD 6000 to succeed the Iris 5100 and HD 5000 line that was announced with Haswell. Sufficient thermal headroom and 48 EUs mean that the latest line of GPUs can run faster for longer and deliver better performance. Main features of the new line include DirectX 11.2, OpenGL 4.3 and OpenCL 2.0. Intel is touting that the integrated cards are DirectX 12 ready, as well as mentioning that the cards will be able to drive 4K resolutions at 60Hz over DisplayPort 1.2. Hardware-accelerated 4K H.265 (HEVC) encoding and decoding at up to 30 frames per second is also a major feature.

Intel is also quoting an improvement in performance by as much as 22 percent for 3D-intensive tasks, and 50 percent for video encoding. The 6000 series will be featured in the higher-end processors, and the mid-tier will see the HD 5500. The HD 5500 has half as many execution units as the 6000 series, and memory bandwidth is also lower at 1600 MHz (from 1866MHz on 6000 series). The entry-level integrated solutions will just be branded as Intel HD Graphics. One highlight with the latest line of GPUs is that even the entry-level offerings come with WiDi streaming and Quick Sync.

Intel already has a line of products that feature the Broadwell architecture in the Core M (Broadwell Y) series, and as such the silicon vendor is differentiating the Broadwell U line from the Broadwell Y series. Intel claims that the Core M processors are aimed at mobility users, with the Broadwell U line targeted at more performance-oriented tasks. Intel is envisaging Broadwell U in a wide variety of devices, including tablets, laptops, convertibles, two-in-ones and mini-PCs. Consumers should be able to get their hands on Broadwell U-based hardware by the end of this month.