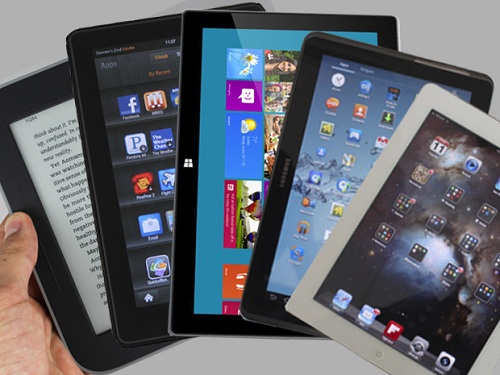 Tech research firm Gartner said on Jan. 7 that the global tablet market growth will continue to slow down this year.

“The collapse of the tablet market in 2014 was alarming,” said Ranjit Atwal, a research director for Gartner.

Gartner estimated that global tablet shipments will reach 233 million units in 2015, which will be an 8% increase from last year, when the tablet market saw a steep drop.

Atwal said that global sales for tablets during the past two years were growing in double-digits. The drop, however, can be referred to the lifetime of tablets is being extended, and the lack of innovation in hardware which refrains consumers from upgrading.

“Tablets are shared out amongst family members and software upgrades, especially for iOS devices, keep the tablets current,” Atwal said.

Annette Zimmermann, another research director for Gartner, said that the smartphone market is becoming polarized between the high- and low-end market price points. On one hand, she said, the premium phone with an average selling price at US$447 in 2014 saw growth dominated by iOS, and on the other end of the spectrum you have Android and other open OS phones’ growth area in the basic phone segment, where the average phone costs US$100.

“For the mid-range smartphones, the market opportunity is becoming increasingly limited,” she said.