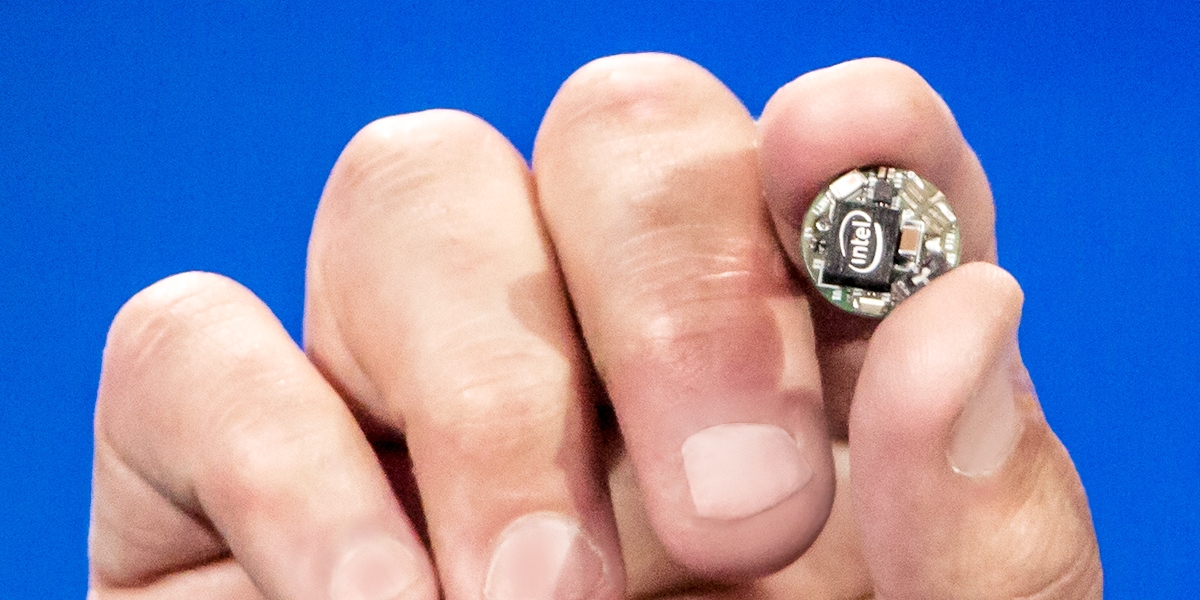 Intel (NASDAQ: INTC) once again chose to focus on the wearable market for its CES 2015 keynote, highlighting new possible use cases for its Quark SoC.

On stage Intel CEO Brian Krzanich showed off Intel’s new Currie module, a low-power device that includes a new version of the Intel Quark SoC, Quark SE, which could possibly be integrated into clothing or other fashion accessories. The module is scheduled to ship in the second half of this year and includes the Intel Quark SE SoC, Bluetooth low-energy radio (LE), sensors and battery charging. Curie’s sensor package includes a six-axis accelerometer and gyroscope.

Krzanich said on stage that Intel has formed partnerships with a number of leading fashion brands, including Oakley. Intel says that it has formed a “strategic wearables collaboration” with Oakley, which will result in a product being released later this year that’s designed to enhance athletes performance.

Intel hasn’t announced pricing for these chips, however they largely intended for B2B clients.

Intel’s rivals have made serious gains into the wearable space, and Intel largely is in catch-up mode right not. The market is still unproven, but it’s up to Intel to make gains in the sector. If the sector does take off and Intel doesn’t have a viable product it will be left behind — much like it was with mobile.

Products will Curie will be available in the second half of 2015, pending approval by the FCC.