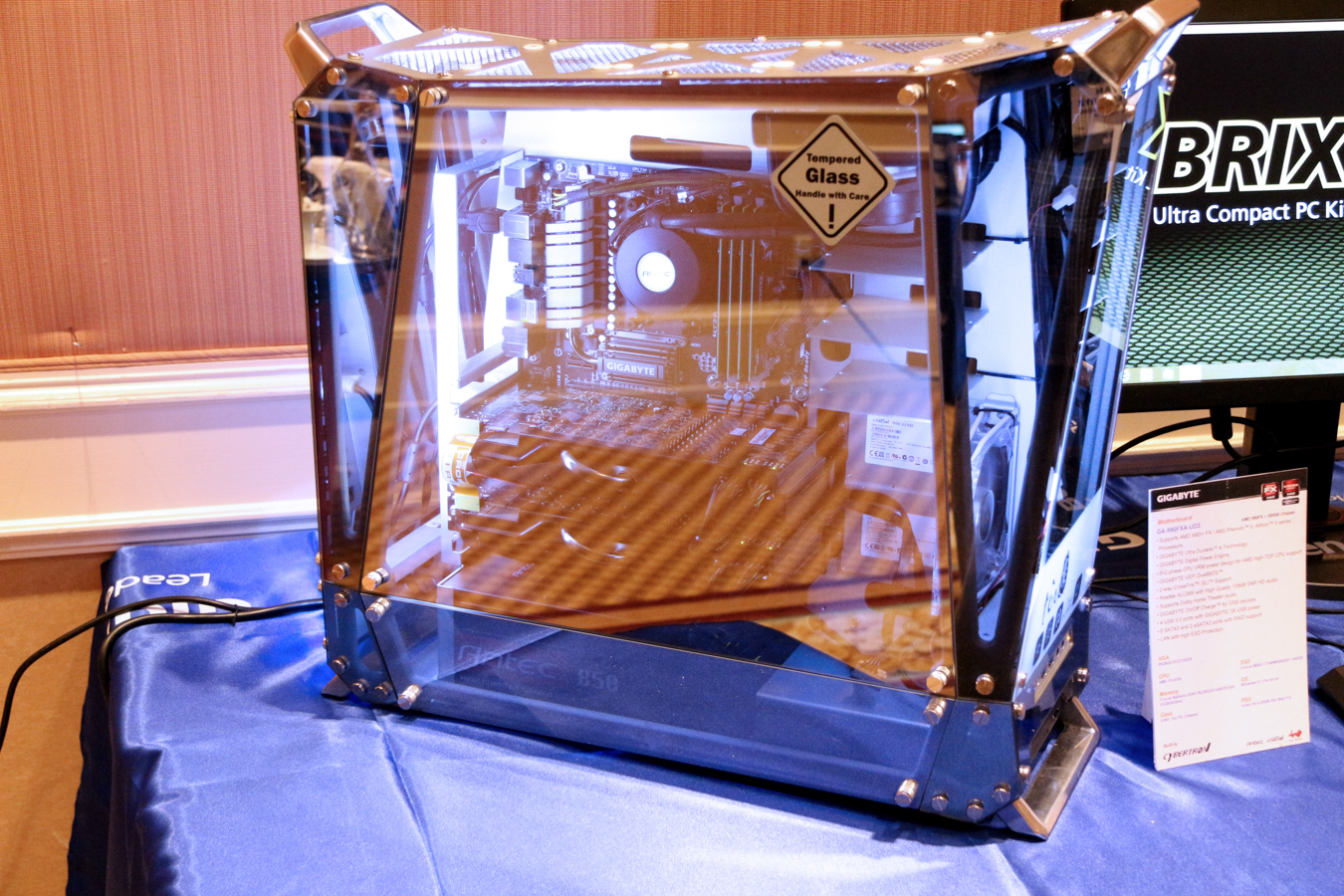 We stopped by Gigabyte’s (TPE: 2376) suite at CES 2015 and got the low down on its latest and greatest products.

The company had a lot of nice systems featuring its products that were built by companies like Digital Storm, Origin, Cyberpower PC, and Cybertron PC.  There were many of its current offerings on display as well as some of the new ones like the company’s newest addition to the Brix lineup, the Brix S Broadwell.  The Brix S Broadwell features Broadwell CPUs that make the unit extremely power efficient. The brand new X99 SOC Champion features an OC socket for the CPU that allows the board to really push the NB/cache/uncore frequencies, thus delivering blistering memory and system performance.  The Asus Rampage V Extreme sure better watch out since this board is also  a cache/uncore/NB overclocking beast, and it only costs $300.

We will be following up with more insight into some of the products that Gigabyte had to show at CES 2015 in the coming days.  We will also have some pictures of the Extreme Overclocking event that it held as well. 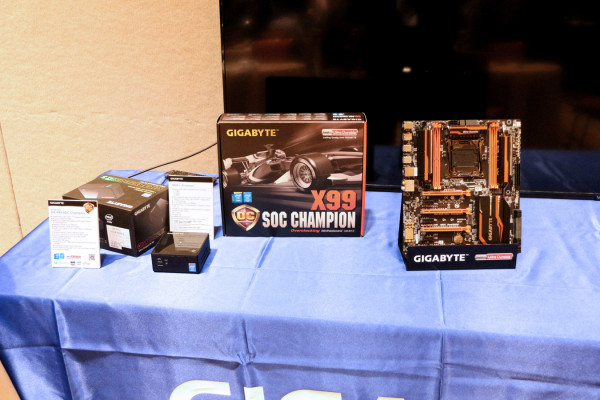 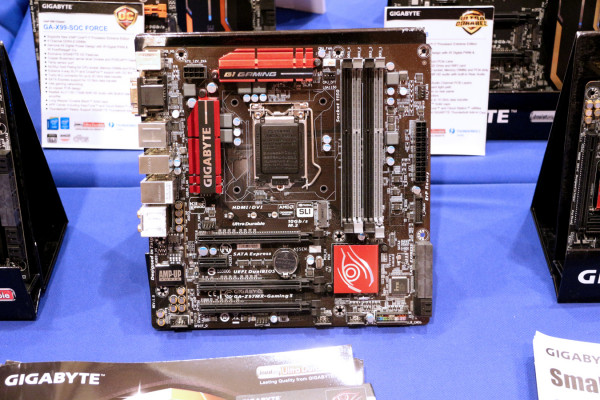 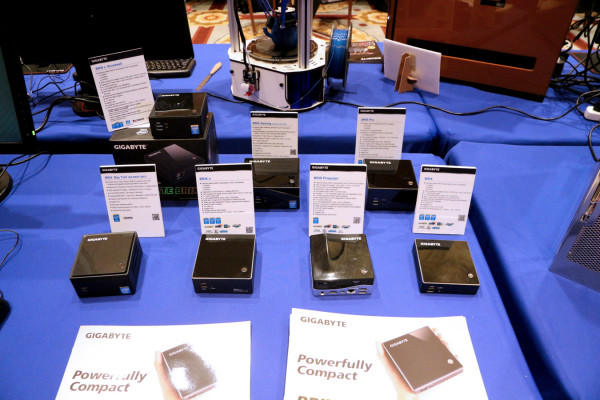 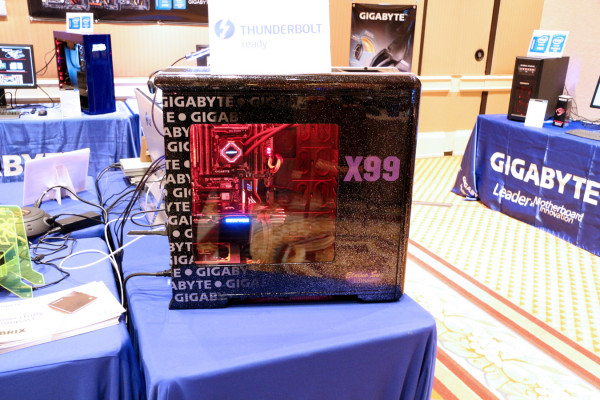 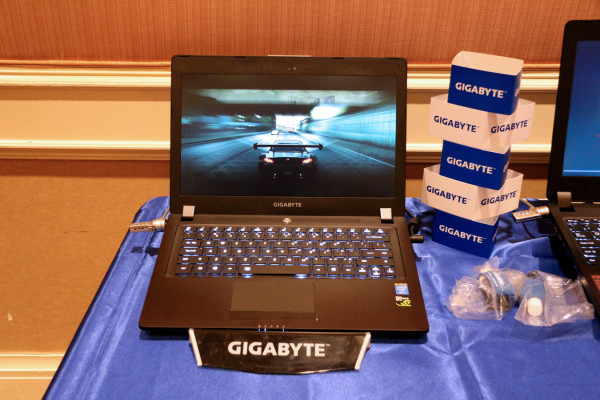