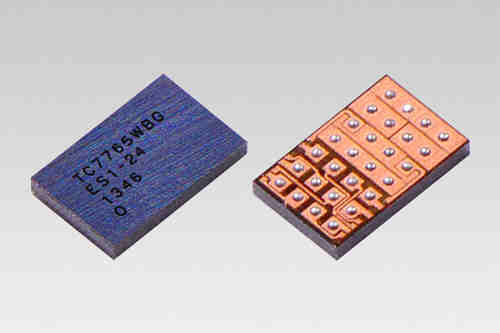 Toshiba (TYO: 6502) has announced the launch its newest IC, which is designed to be capable of efficiently charging mobile devices wirelessly. The new wireless power receiver controller offers vast improvements in charging capacity, allowing for newer wireless charging systems to charge smartphones, tablets and other similar mobile devices at a rate that is comparable to wired charging.

The TC7765WBG wireless power receiver controller IC is claimed to be capable of effectively charging devices quickly, or at least as fast as traditional wired charging. It demonstrates its 12-watt power transfer capability, a requirement for efficient tablet device charging, as well as its Qi low-power specification version 1.1 compatibility. The new chip is expected to enable fast wireless charging for new upcoming tablets, smartphones and even for newer wearable devices.

According to Toshiba, the new IC was built with its “mixed-signal process using a high-performance MOSFET design that maximizes power efficiency and thermal performance”. With its size specifications at 2.4mm x 3.67mm x 0.5mm, it has the same general design as the previous TC7763WBG 5W wireless power receiver controller. Using the same form factor, the new IC not only vastly improved its overall efficiency, but also made it backwards compatible with other lower-power receiver ICs.

In addition, the Qi specifications of the chip allow it to prevent metal objects within the path of the wirelessly charged device to heat up. This could significantly mitigate concerns about certain accidents that may be inherently caused by wireless charging systems.

The market for mobile devices is expected to grow even more exponentially as more and more people use tablets, smartphones, and wearable technologies. Toshiba predicts that this continued growth would drive the market for batteries and chargers, which in turn would increase the demand for wireless power technologies. This would then open new opportunities for the company to develop more wireless charging solutions, and to further extend its already established business base within the same market.

The TC7765WBG IC will be demonstrated sometime during the 2015 Consumer Electronics Show in Las Vegas. Samples are to be available at the end of the month, and mass production is scheduled to begin sometime during mid-2015.