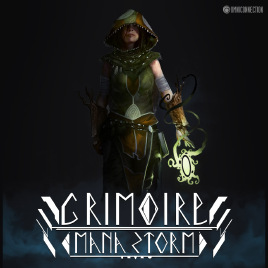 This is OmniConnection, a three person indie studio’s first game. Founded by Channing Burrel, OmniConnection started as an IT provider. When Grimoire’s level designer Brent Caulfield and Kyle Philips, guy who worked on World of Warcraft, Heartstone, StarCraft and Diablo joined it became a game development studio.

Borrowing elements from DotA 2 and League of Legends and developed with Unreal SDK Grimoire: Manastorm tries to put a unique spin on classic multiplayer shooter games. Classic MOBA mehanics like the powerful ultimate abilities are mixed with things like teleportation and invulnerability. Grimoire offers a huge selection of varied spells from meteor showers, boulders to charged up fireballs that increase in size the more you charge them. 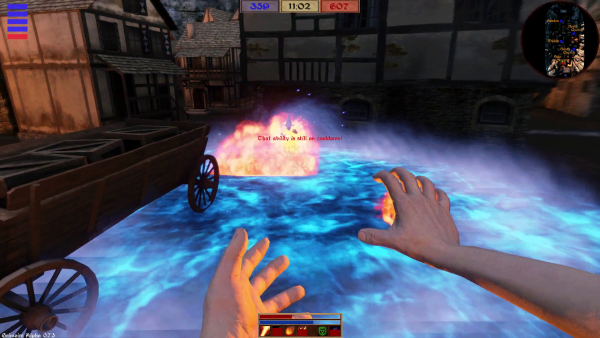 Grimoire recieved a positive Greenlight reception and with Valve’s approval quickly found itself on Steam. This has highly motivated OmniConnection to polish and add features wherever they can as they prepare for early 2015 launch. Help is needed from testers who are expected to test everything, break the game and located all bugs. Those willing to help can do so by joining the one month long Alpha that will be available from January 6th to February 1st.

Weekly updates and playtime with devs is expected during this phase in game’s history.

Some of the key features that Grimoire plans to bring are an exciting magical combat in first and third person view, choice between 10 powerful and customizable wizard classes with a wide selection of spells fron disruptive to evasive ones. 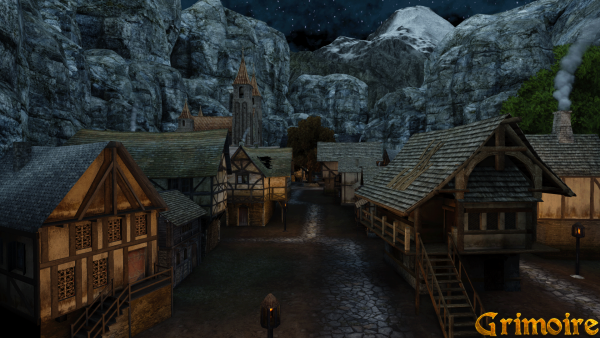 There will be three primary game modes PvP Conquest, Arena and Safeguard, a co-op mode.

Conquest is all about controlling ley lines  mystical sources of magical energy. The longer one team controlls a ley line the more of energy can be gathered with a huge payoff if one team takes control of all of them. Basicly a typical domination mode seen in MOBA games.

Safeguard is a co-op mode in which allied wizards battle against hordes of invading monsters. Victory will be based not only on survival but also on quest progression and how much of the city the wizards manage to save.

Arena is a team death match mode available for teams of three and five players. Powerful artifacts can be found and used to boost carrier’s power but they also have a negative effect the longer one uses them.

Current build has 5 classes and one game mode, Conquest. Additional information on the game can be found on OmniConnection’s site.