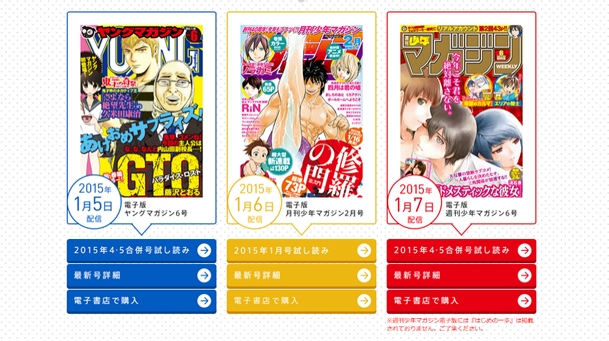 Major Japanese comic book publisher Kodansha has just announced that it will be digitizing all of its monthly comic publications and magazines. This is in accordance to the company’s plan and policy to further modernize its business, and to cater to Japan’s ever growing number of mobile device users.

The Japanese comic book industry has been one of the most influential mediums of the country’s modern pop literature. Manga, as it is called, is popularly known to be often released in black and white rather than in colored pages. Kodansha in particular has been publishing issues with young teens as the audience, providing various genres that typically delve into the realm of action and fantasy. Moreover, most of its comic book magazines have been known to release internationally popular titles such as the recently concluded Naruto and the still ongoing One Piece.

The digital versions of the company’s monthly comic publications will be available locally in the country through Amazon Japan, Rakuten Books, eBook Japan, Yahoo Japan’s Bookstore, BookLive and Line Manga. In the near future, the company also plans to further digitize more of its published books and magazines, with some of the titles already slated for an early digital release, which includes Magazine Special, Dessert, Kiss, Nemesis, and others.