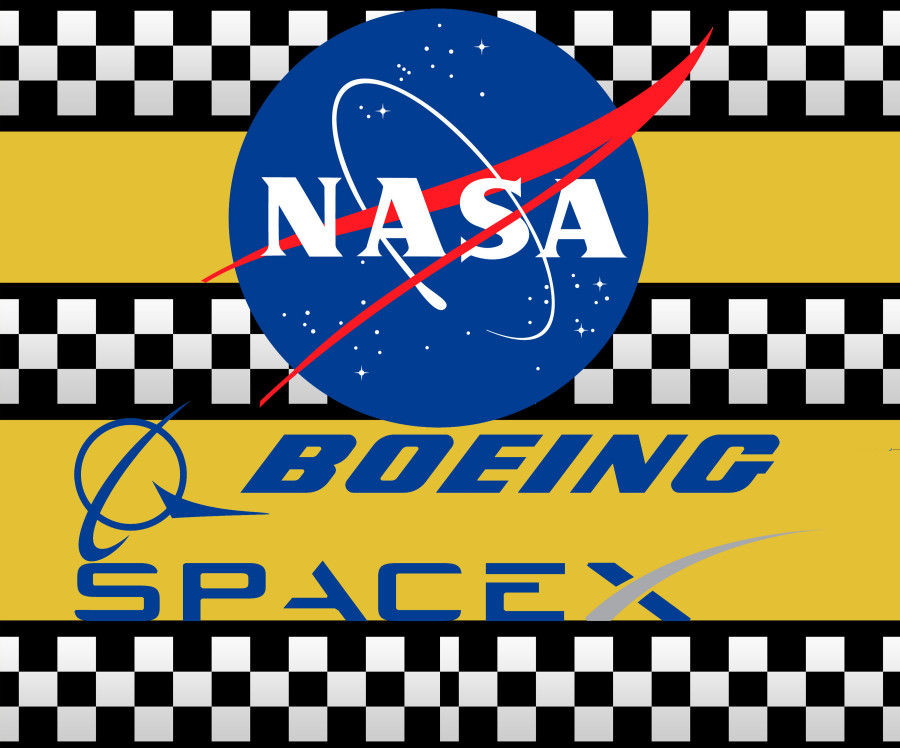 The U.S. Government Accountability Office dismissed a legal challenge on Monday, January 5 against NASA’s award of $6.8 billion in contracts in September to Boeing Co. (NYSE: BA) and Space Exploration Technologies Corp. (SpaceX). The ruling will let the two companies proceed with developing private spacecraft to work as ‘ space taxis ‘ to bring American astronauts to the International Space Station by the end of 2017.

Rival aerospace company Sierra Nevada Corp. (SNC) was upset by NASA’s decision last September not to select the bid of its Dream Chaser system – a space shuttle that can land on a runway like an airplane – to be one of the ‘ space taxis.’ Instead NASA chose the bids of Boeing and SpaceX, which opted to build more traditional capsule-type spacecraft to dock at the space station.

Sierra Nevada’s protest accused NASA of “serious questions and inconsistencies in the source selection process.” However, the GAO – an independent nonpartisan agency that reports to the U.S. Congress – ruled this week that NASA acted reasonably by granting a $4.2 billion contract to Boeing and a $2.6 billion contract to SpaceX, which include test flights to the ISS as well as up to six operational missions apiece.

Despite being surprised by the GAO verdict, Sierra Nevada is unlikely to risk its chance at winning future contracts by appealing the decision. The company as well as Boeing, Orbital Sciences Corp. (NYSE: ORB), and SpaceX are all bidding for cargo delivery contracts to the space station. NASA is expected to award the winners this spring.

These contracts have grown more important since NASA’s last space shuttle retired in 2011 forcing the U.S. government to pay Russia $70 million per American astronaut to reach the space station per trip.

The conflict in Ukraine has also severely strained the U.S. relationship with the Russian government. Russian President Vladimir Putin threatened last year to prevent the US from using Russian rockets to access the ISS after 2020 but cooperation between NASA and Russia’s space agency has not yet been affected.

The deteriorating situation has made the ‘ space taxis ‘ more important. With the first obstacle cleared to their contracts to build the ‘ space taxis,’ Boeing and SpaceX now have an advantage over the other American companies racing to benefit from the opportunities ahead.

The world’s largest aerospace company by sales, Boeing experienced a record-breaking 2014, beating its 2007 peak of net new orders and deliveries last year. The company also gained a major vote of confidence from the GAO release, which said NASA felt its bid to be the strongest “in terms of technical approach, management approach, and past performance, and to offer the crew transportation system with most utility and highest value to the government.”

Meanwhile, the announcement could provide key momentum for Space X. Founded and led by PayPal co-founder and Tesla Motors CEO Elon Musk, SpaceX made history as the first private company to successfully recover its spacecraft launched into orbit and the first to send a private spacecraft to the ISS.

Early Friday morning, SpaceX plans to send an unmanned cargo ship on a dual mission. First, its Dragon capsule – the prototype for its eventual manned ‘ space taxis’ – is to resupply the space station. Second, the company will test its ability to land its Falcon 9 rocket on a ship in the Atlantic Ocean 200 miles off the coast of Florida. Although the launch was delayed from December and then aborted a minute before takeoff on January 6, liftoff is scheduled for 5:09 a.m. EST Friday, January 9.

Musk has given the landing only a 50 percent chance of success if it works. If it does, SpaceX will be a step closer to producing a reusable rocket that would prove critical for the ‘space taxis. The aerospace industry will likely follow its success in the development of future ‘space taxis.’ The company is already making its mark in reducing the cost of space flight.