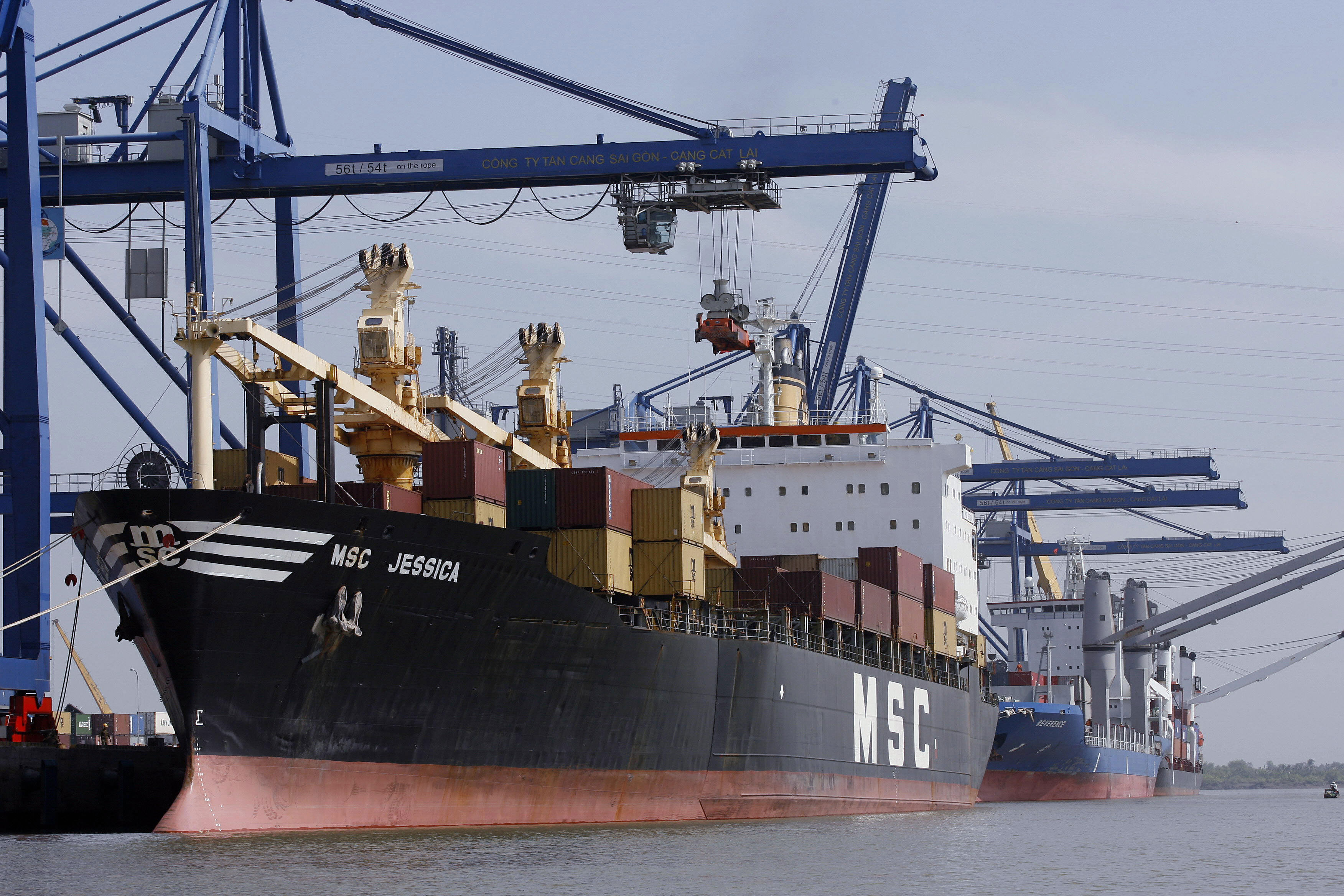 Taiwan’s President Ma Ying-jeou (馬英九) said on Jan. 9 that Taiwan has been trying to diversify its exports to reduce its reliance on the China market.

“It is a must-do, although close trade relations and connections across the Taiwan Strait are unavoidable,” he said.

Ma made his remarks when he was receiving the awardees for the annual National Distinguished Accomplishment Award and the National Manager Excellence Award at the Presidential Office.

During 2014, he said, the ratio of Taiwan’s exports to China dropped to 39% as the government has been seeking new markets from other countries. In 2000, Approximately 24% of Taiwan’s exports went to China and the figure increased to 40% by the end of 2008, when he took oath of his office for the first term.

The president said that since then, Taiwan has increased its exports to Japan and the U.S. as well as many other countries in the Europe and Southeast Asia.

“We do not want to put all the eggs in one basket,” Ma said. “But, at the same time, we cannot avoid putting any eggs in the biggest basket.”

Meanwhile, China has been the major trading partner of 17 out of its 23 neighbor countries, including Taiwan, Ma said. A close tie, connection and relationship between Taiwan and China is unavoidable, but what Taiwan can do is try to reduce trade dependence on China, the president said.

“Taiwan must transform from an efficiency-driven economy into an innovation-driven one and lower its barriers to foreign trade, so that its economy can be improved,” Ma said. “Many countries are willing to conduct business with Taiwan but will hesitate to sign a bilateral free trade agreement with us or whatsoever because Taiwan does not have official diplomatic relations with them, although they are Taiwan’s major trading partners.”

The government, however, has been making efforts to address these issues so that Taiwan can return to the games against its major competitor for now – Korea, the president said.

The president mentioned that China and Korea are likely to sign a free trade agreement within six months, and he predicted that the new relationship between China and Korea will definitely impact Taiwan’s exports as well as the economy. Ma said that approximately 70% of Taiwan’s exports would overlap with Korea’s, that Taiwan must push for more free trade agreements or so to remain in the competition.