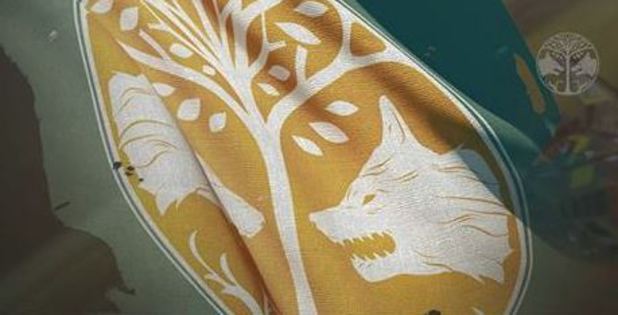 Another Tuesday, another Destiny hotfix and weekly rotation–but this particular update is quite beefy.

Bungie has rolled out the latest hotfix for Destiny that brings about quite a bit of changes in its wake, amending key aspects of the new Crota’s End raid in the process.

New Nightfall and Heroic Weekly Strikes are out, and the Iron Banner has dropped, but the awaited hard mode–which brings the chance to earn high-tiered gear–hasn’t dropped just yet. 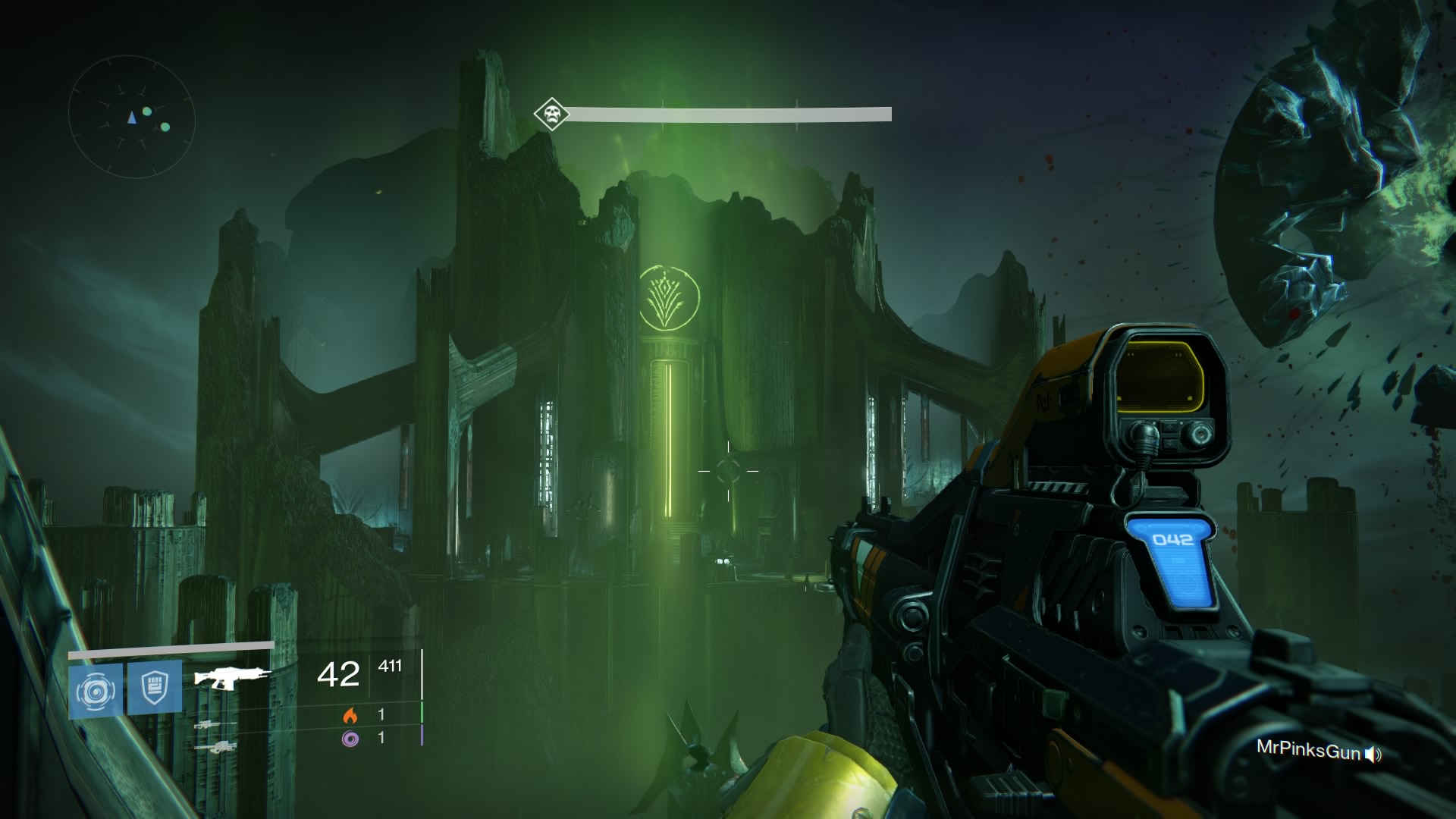 The Crota’s End raid remains the star of the hotfix, and Bungie has fixed a plethora of exploits that players were using to make the fight easier, including the oft-used cheesing of Crota.

The way the cheese worked was that the Fireteam leader would quit when Crota went into his vulnerable kneeling position, and the boss would “freeze” there, permanently stuck so that players could just easily gun him down. Then the leader would join back up before he died and receive their loot, easy as pie.

Since that won’t work any more, Guardians will have to tackle the Hive god with good old-fashioned strategic ass-kicking.

Other tricks have been nerfed, too. According to the patch notes, it appears that all players have to cross the bridge during the “bridge encounter”, instead of a team of the most powerful Guardians crossing over to battle the Ogres and Wizards while other players user sniper rifles to pick them off.

And two Swordbearers will no longer spawn at the same time, so that means no more dual-sword runs.

But all the changes aren’t bad. For instance now all treasure chests will drop the Radiant Shards and Energies needed to upgrade raid gear. And the Deathsinger now has a chance to drop Exotics, raid gear, and Radiant materials. Neat. 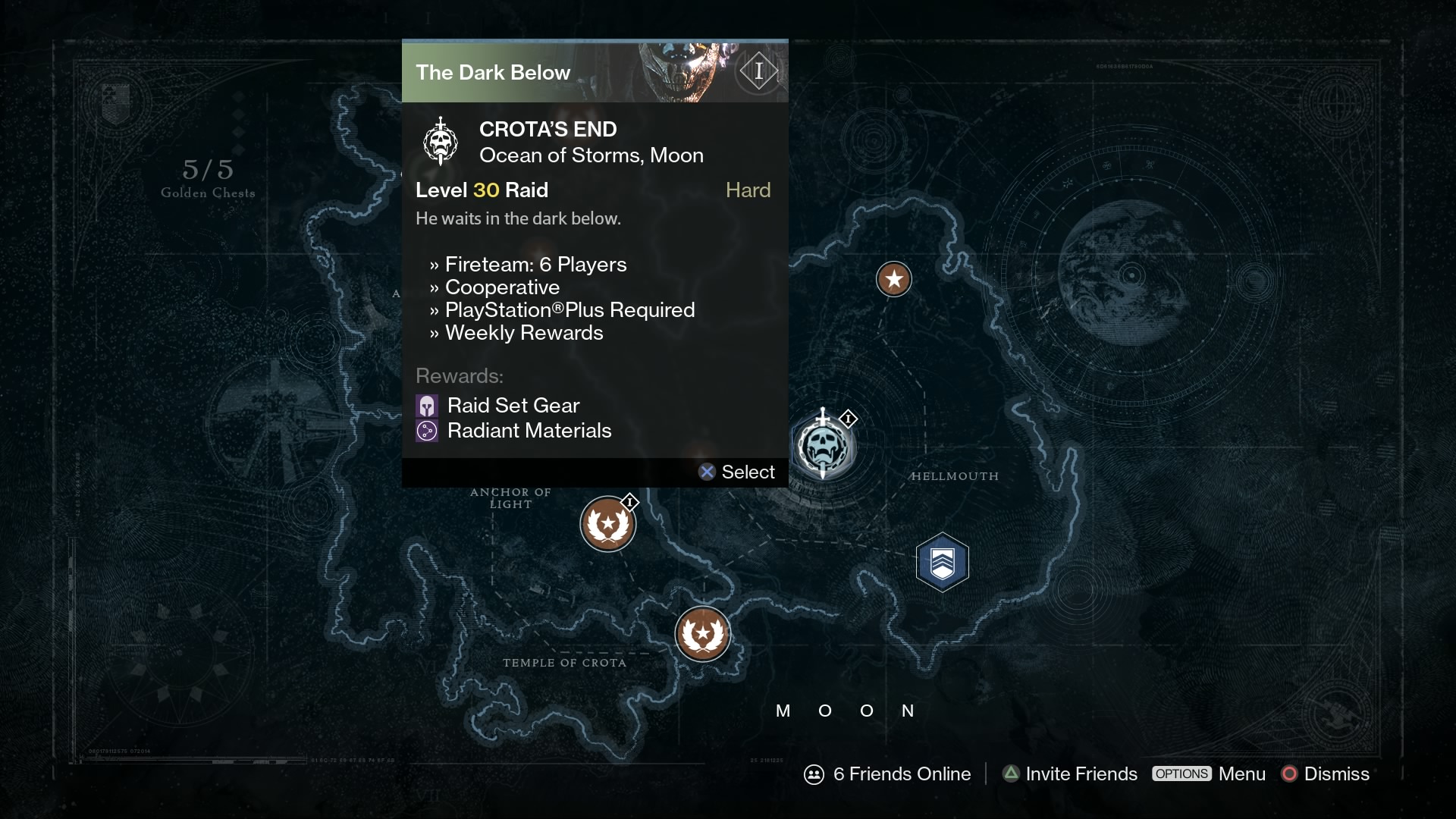 Despite the rumors that the raid’s hard mode would be added this week, it hasn’t dropped with the new hotfix. Bungie says that the mode is “almost ready”, and that gamers will have to “learn a new trick or two” to conquer the new battle.

“We’re not going to spoil any hard mode surprises here. You’ll need to learn a new trick or two, but given your past performances, we’re pretty sure plenty of you will find a way to come out on top and earn some shiny new trophies to take with you on your next adventure.”

With the introduction of the hard difficulty, gamers will be able to find high-level gear exclusive to the Crota’s End raid that they weren’t able to unlock before.

This includes the following primary raid guns that are infused with elemental damage, much like Atheon’s Epilogue from the Vault of Glass raid:

Other finds include the highly sought after Crux of Crota, a rare crafting material that’s needed to upgrade the Legendary Eidolon Ally auto rifle into the powerful Exotic Necrochasm.

The Crux can only be found from Crota himself, so when hard mode goes live you’ll only get one opportunity to snag it. If you have three high-level characters, that’s three chances per week.

The rare raid set helm also has a higher chance to drop on Hard difficulty as well. 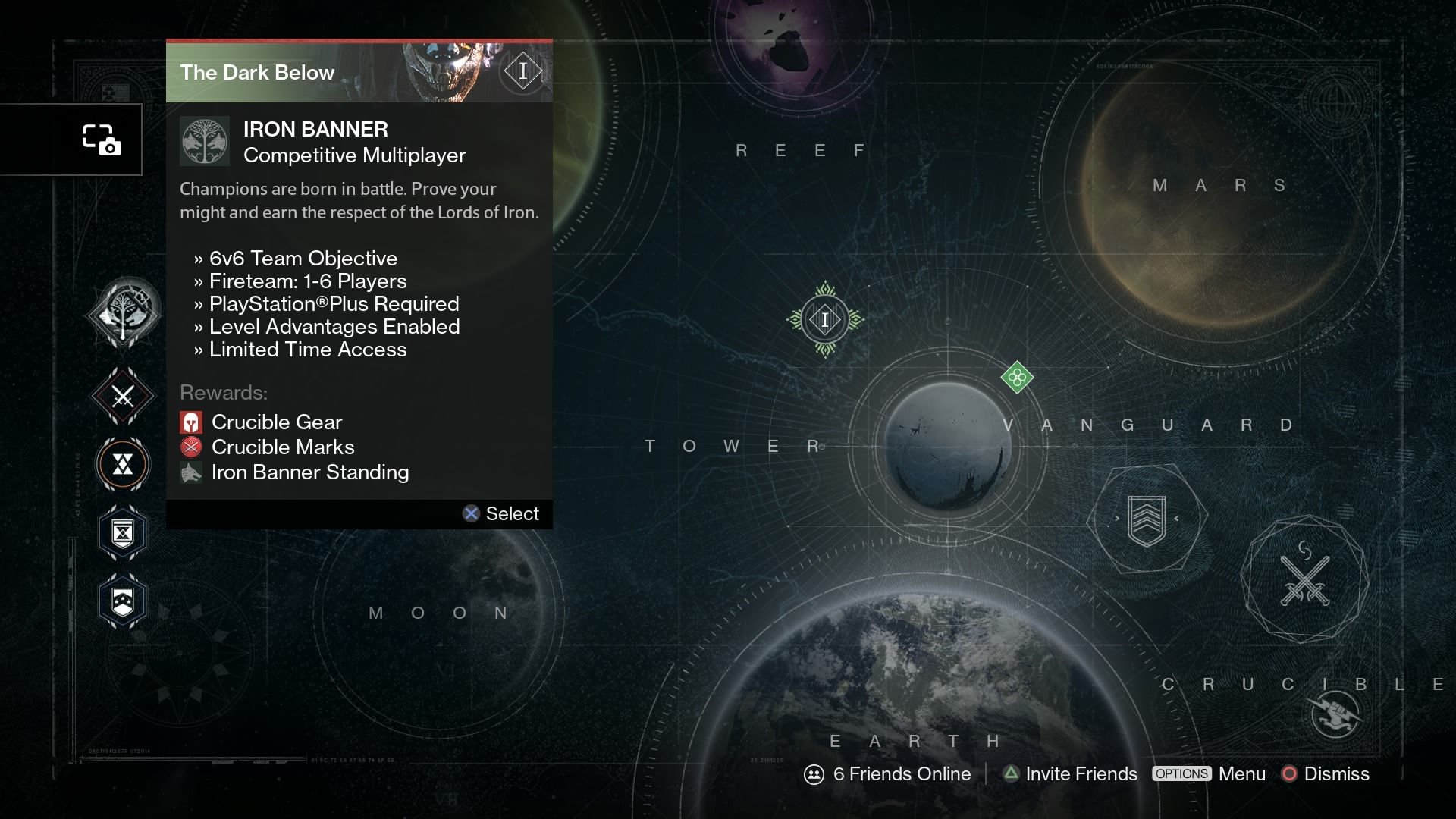 The update brings the triumphant return of the Iron Banner, that limited PVP event that sees grizzled Guardians compete against one another for competitive glory. Oddly enough the event itself is marked with The Dark Below, but other players assure me that non-DLC owners will be able to participate.

If The Dark Below expansion were required to take part in the Iron Banner this time around, it certainly wouldn’t be surprising: I’ve already chronicled my disdain with Bungie’s current paywall-locking setup in a recent opinion piece. 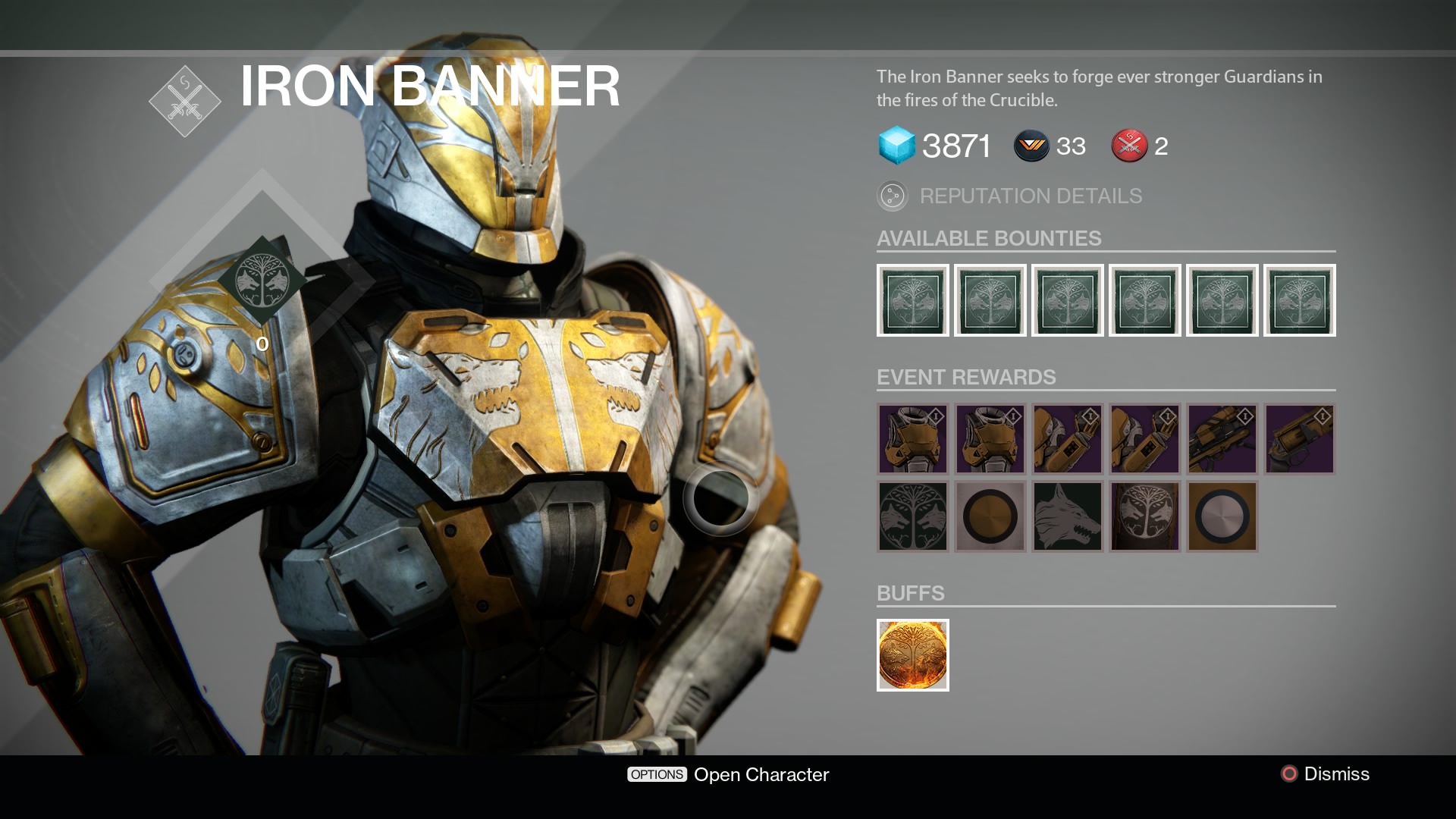 Three new maps have been added to The Iron Banner, and the event also has the chance to randomly drop a level 32 auto rifle or sniper rifle, Bungie notes. Just as it’s been in the past, players can earn experience to unlock special limited edition gear from Lord Saladin.

Lord Saladin is back at the Tower with a host of new limited loot for players looking to test their mettle in the Iron banner. Saladin’s wares include two different level 31 chestpieces and two pairs of level 32 gauntlets, along with a level32 Radegast’s Fury rocket launcher and a level 32 Timur’s Lash handcannon. 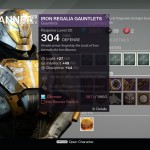 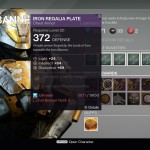 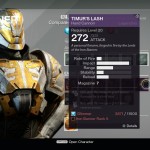 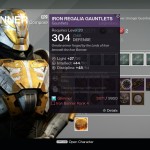 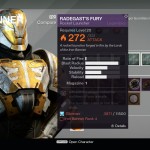 Just like the event’s pane on the Navigator, all items are marked as The Dark Below expansion items. We’re not sure if you need the DLC to unlock these items or not, or if non-DLC players have a separate list of items.

Since we’ve come across something similar when Xur only had DLC items for sale, it’s assumed that non-expansion owners won’t have a separate inventory and that they will be able to participate in the Iron Banner and purchase Iron Banner gear.

Sadly it appears as the Iron Banner has the exact same bounties it had before, but you can still trade in Motes of Light for the Tempering buff to earn more standing in the event.

Now let’s move on to this week’s Nightfall and Heroic rotation. 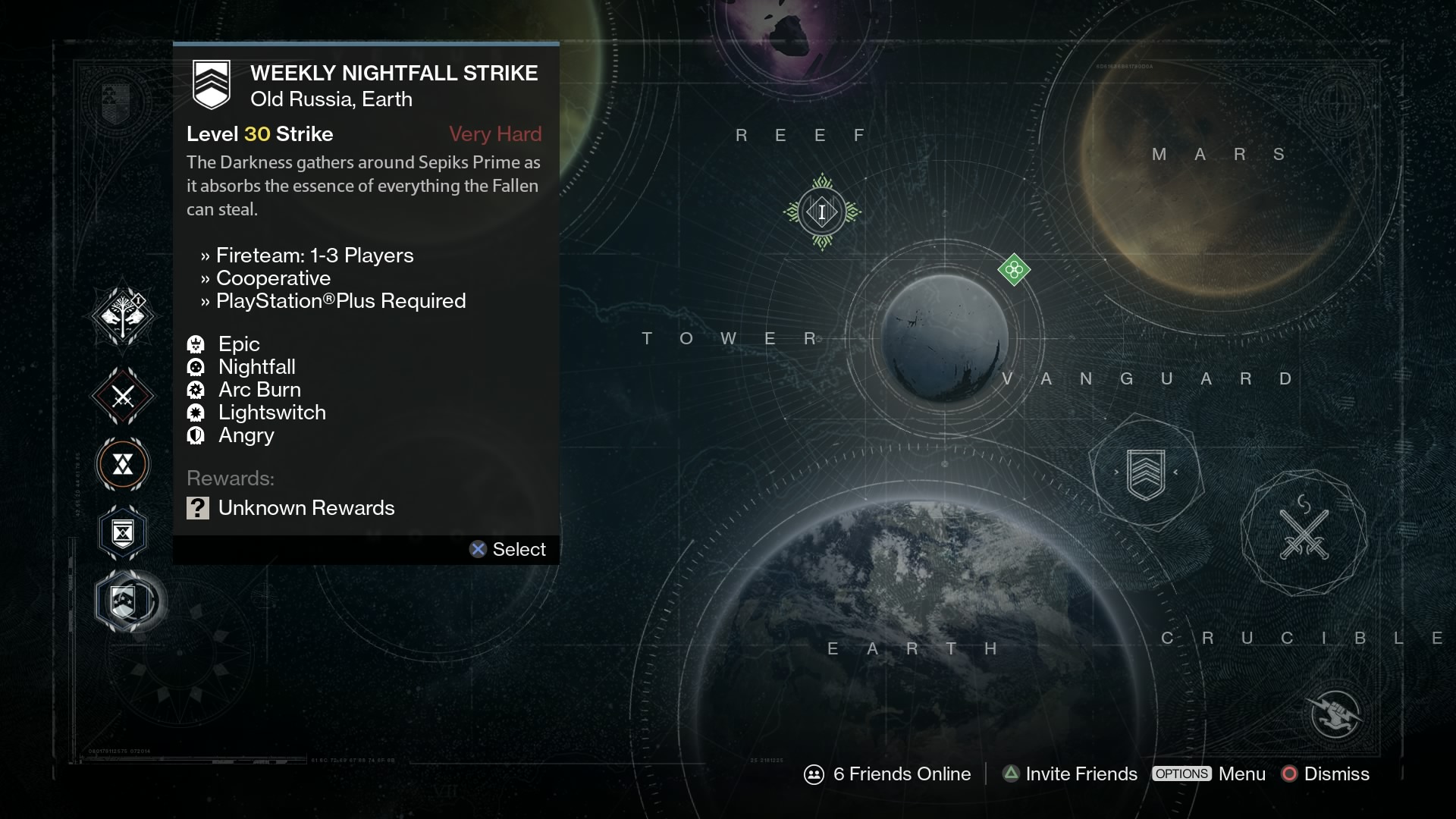 Thankfully Bungie has chosen not to lock non-DLC players out of this week’s Weekly Heroic and Nightfall Strikes, which don’t require the Dark Below expansion.

This week’s strike is an easy one: you’ll have to tackle Sepiks Prime on Earth, and many Guardians have been able to solo this one on their own. It’s a breezy one, so be sure to tackle it with all of your characters and bundle up your Strange Coins for Xur’s imminent arrival this weekend.

Also you might earn something extra from Nightfall this go around. The hotfix adds the potential to earn “9 or more Strange Coins” in addition to other loot. We’re not sure if this means you can earn an Exotic AND the coins, or one or the other.

I myself have beaten Nightfall only to receive Ascendent Shards (yes, that actually happened), so I’m betting on either or rather than both an Exotic and coins.

That wraps up the highlights on Bungie’s latest Destiny hotfix. Below we have a full transcript of the patch notes, and we’ll see you starside, Guardian!