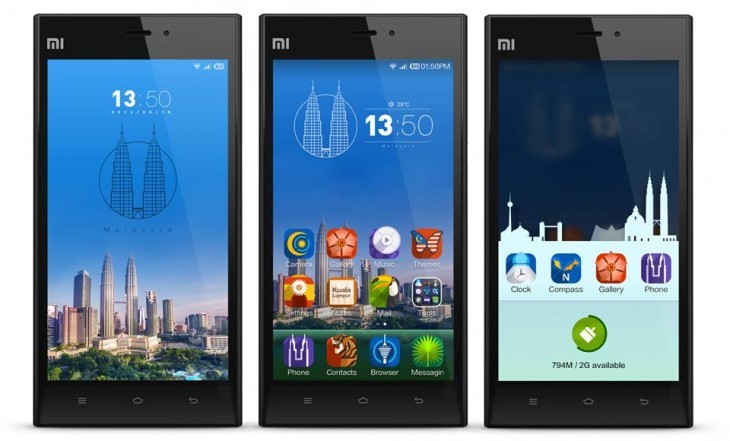 Xiaomi’s Chief Executive Lei Jun (雷軍) said on Jan. 13 that his company will aim at becoming the leader in the global smartphone market within five to 10 years.

“Maybe our opponents will mock us for this, as we dream big. But a dream is not a dream if it does not sound impossible before we make it,” Lei said.

The founder for Xiaomi made his remarks when he attended the cross-Taiwan Strait Mobile Internet Conference in Taipei. Lei said that Taiwan’s former vice president Vincent Siew (蕭萬長) requested him to encourage Taiwan’s younger generation during their conversations. He believed that age does not matter when it comes to establish new business but attitude does, while “dreaming big” is an important issue for those who want to start business from nothing.

Lei quoted Alibaba’s (NYSE: BABA) founder Jack Ma’s (馬雲) remarks and said “a man like me failed college entrance exams for three times and, probably anybody can achieve something great if I can.”

“Xiaomi’s history is shorter than five years, while our smartphone has been introduced for only three years. But now, Xiaomi is the leader in the smartphone market in China and became the third brand name in the global market during the third quarter last year. We have accomplished something that we did not believe in the past,” Lei said.

In the meantime, Lei urged Taiwanese innovators to accelerate their development of intelligence-based home applications. He also laid out the directions he felt will be appropriate for Taiwanese start-up companies and young innovators for next five to 10 years – to create mobile apps that will go on sale globally through online stores like Google Play and App Store and to come up with more “smart home” applications.

“Mobile apps will expand the reach of Taiwanese firms from the domestic market to other regions around the world, and ‘smart home’ applications are ‘using mobile phones as a hub to connect with all intelligence-based equipment,’ including devices used at home and in the office,” Lei said.

Lei suggested that Taiwanese companies have been lagging behind their Chinese competitors in the development of smart home applications.

“I think many Taiwanese companies are capable for innovation like that but they must speed up to keep up with the competition,” he said.