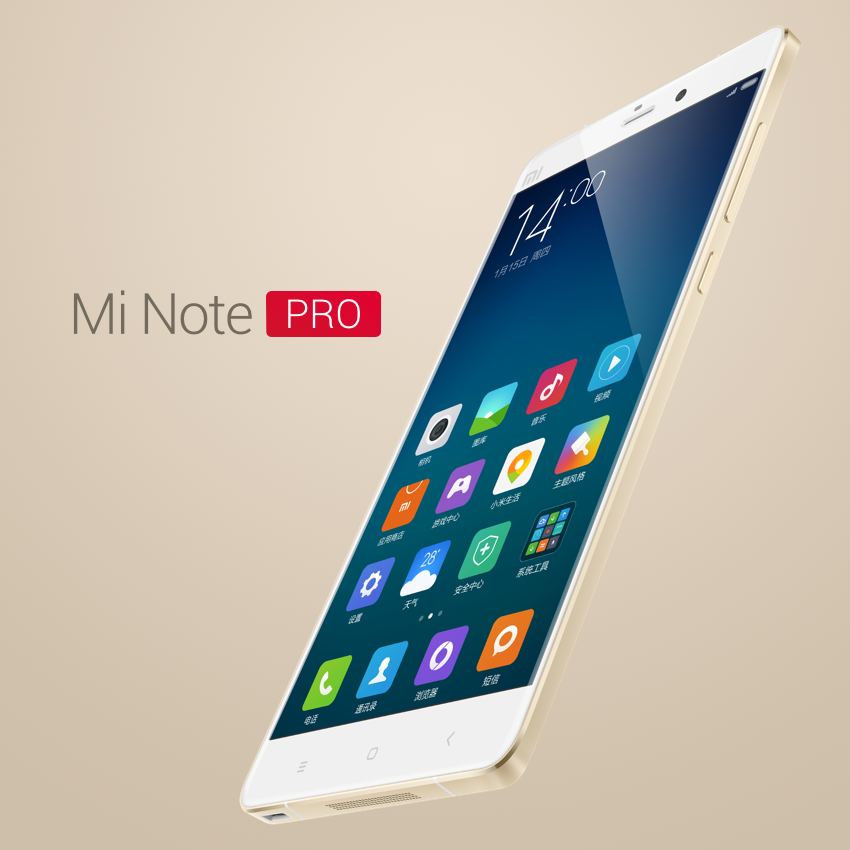 Xiaomi said on Jan. 15 that the Mi Note, its brand smartphone with a 5.7-inch screen, will be available in Taiwan as soon as the second quarter.

In addition to Taiwan’s market, Mi Note is also facing direct competition from Apple’s iPhone 6 series as well as other phone-tablet hybrid handsets of similar size in both China and Taiwan. Despite the announcement of the plan to introduce Mi Note to Taiwan during the second quarter, Xiaomi, however, did not reveal more details of a specific date or even the price for the new handset.

Mi Note is regarded as a high-end device, that will come along with a 5.7-inch full-HD display, a Qualcomm Snapdragon 801 2.5GHz quad-core processor, 3GB of RAM, a 13-megapixel real camera, a 4-megapixel front-facing camera, a 3,000mAh battery and dual-SIM 4G LTE connectivity. The brand new smartphone will be sold at US$287 each for the 16G model and US$362 each for the 64G model when it is introduced to China’s market this March, Xiaomi said.

Mi Note Pro, a higher-end smartphone, is also introduced at the same time, while it will be sold at US$412 each for the 64G model. It will feature hardware improvements such as a 64-bit Snapdragon 810 processor, a quad-HD display, 4GB of RAM and LTE download speeds of up to 450 mega-bits per second.

Xiaomi has been recognized as “China’s Apple” since it was founded in 2010, while most of its smartphones’ features are very similar to its iPhone counterparts. The Beijing-based phone maker sells low-cost feature-rich phones, including the flagship Mi series and low-end Redmi models, and has teamed up with many Taiwanese suppliers such as Foxconn Technology Group (TPE: 2354) and Inventec Corp (TPE: 2356).

Canalys, a market research firm, said that during the second quarter of 2014, Xiaomi overtook Samsung Electronics Co (KRX: 005930) as China’s top smartphone maker for the first time, holding a 14% share. Samsung and Apple, the only international vendors in the top 10, together accounted for a 18 percent share of the world’s largest smartphone market, Canalys said without disclosing individual market share for Samsung and Apple (NASDAQ: AAPL). IDC ranked Xiaomi as the world’s third-largest smartphone maker in the third quarter of 2014. Meanwhile, Xiaomi expects to ship 100 million smartphones this year, a leap from 61.1 million last year.