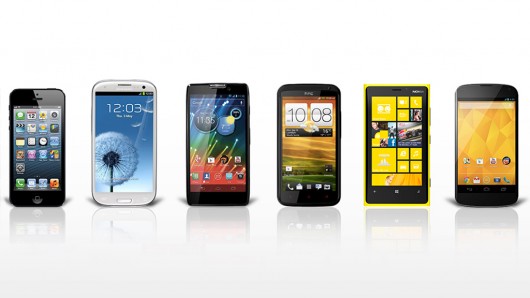 Global smartphone shipments continued to grow in 2014 while more and more Chinese brand names have shared a large portion of occupation in the global market.

A latest research report by TrendForce said that global smartphone shipments for 2014 totaled 1.167 billion units, a year-on-year increase of 25.9%, while 453.4 million units of them belonged to Chinese brands.

“ The year of 2014 was definitely an impressive year for Chinese brands as they gained more share of the global market,” said Avril Wu (吳雅婷), global smartphone analyst for TrendForce.

TrendForce’s research stated that Chinese vendors managed to encompass almost 40% of the global shipments and represent six of the top ten smartphone brands worldwide. The pooled shipments of numerous Chinese brands, however, still could not threatened global brand leaders – Samsung (KRX: 005930) and Apple (NASDAQ: AAPL). TrendForce said that the total shipments for Samsung and Apple accounted for 518 million units.

“This shows that the fierce competition among the brands relatively and severely narrowed their profit margins,” Wu said.

Although its being listed as the top smartphone brand name with the most shipments, Samsung, however, has been through a difficult year in 2014 as its market share dropped to 28%, compared with 32.5% of the previous year. Wu said that Samsung’s large-size and high-end Galaxy Note series faced stiff challenges from Apple’s iPhone 6 Plus, while its midlevel and low-end smartphone shipments were undercut by inexpensive Chinese brands. Samsung’s overall shipment target had undergone downward revisions since the beginning of 2014, with annual growth in shipments only at 8.4%, which was about 326.4 million units.

In 2014, Apple maintained its high annual growth rate of 24.5%, which was about 191.3 million units shipped worldwide. With 16.4% market share, Apple was a solid number two in the worldwide smartphone rankings. Apple’s position was attributed to the success of its first large-size smartphone model, the iPhone 6 Plus. This new category addressed Apple’s lack of smartphones with above five-inch screens and thus significantly raised the fourth quarter shipping ratio.

For LG (KRX: 066570), TrendForce said that its strategy of “promoting high quality products at low prices” paid off with strong market reception to its flagship smartphone models, ranging from G2/G2 Pro to the newest G3.

“Right now G3 is the first smartphone outfitted with a 2K screen that gives users better viewing experience,” Wu said. “This showed LG’s advantage of having a display panel manufacturer as under its wings.”

For that reason, LG was the dark horse of 2014 with its ranking jumped up to number four and annual shipment growth at 75.4%, which was about 70 million units.

While Lenovo (HKG: 0992) officially completed its acquisition of Motorola from Google in the fourth quarter of 2014, the acquisition and reorganization process took almost a year since Lenovo’s announcement. Lenovo’s total shipments in 2014 exceeded 90 million units and its annual growth surpassed 100%. It ranked first place among Chinese smartphone vendors and third worldwide with its 7.9% global market share.

With the introduction of the Honor 6 model in 2014, Huawei (SHE: 002502) changed its strategy of using smartphone chips from Qualcomm and MediaTek for its high-end products. The Honor 6 is packed with Kirin 920, a 4G chipset developed by Huawei’s subsidiary HiSilicon. With approximately 70 million units shipped and an annual growth around 70%, Huawei was ranked number five in the 2014 worldwide smartphone shipments.

Xiaomi, meanwhile, was recognized as the “best cost-performance products.” Its flagship models cost between US$ 300 and US$ 350. Since Xiaomi was launched in China during the latter half of 2011, the “China’s Apple” has been able to more than double its growth each year, that its 2014 annual shipment growth exceeded 200% with 60 million units shipped, and at one point managed to edge out the leading vendors in China such as Samsung, Huawei, and Lenovo.

Xiaomi was ranked as the sixth on the same chart for 2014.