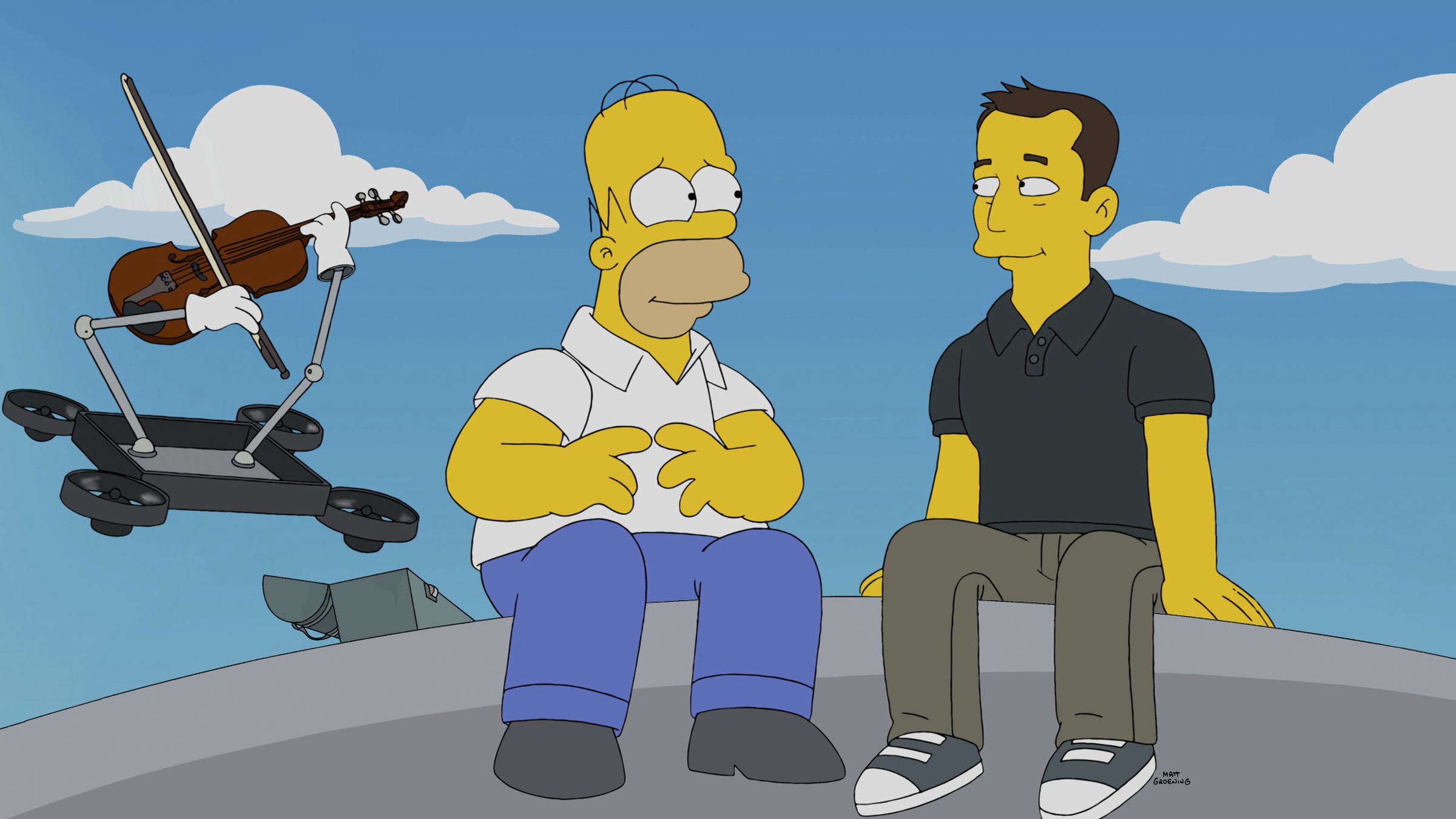 Elon Musk dropped by Springfield Sunday as a guest star of this week’s episode of The Simpsons.

Musk, who himself has said to be a long time fan of the show, arrives in Springfield during the episode to help local utilities tycoon Montgomery Burns modernize the city’s power grid.

He’s introduced to Burns as the man that’s helping revolutionize the auto industry, to which Burns says “Ah, Henry Ford, good to see you. You’re as healthy and vibrant as Detroit.”

The project expands, and eventually Burns agrees to let Musk build a Hyperloop and other futuristic additions to Springfield’s infrastructure.

Musk, for his part, isn’t shy about making fun of himself. His utopian vision for Springfield ends of being a money loser for Burns, costing him $50 million a quarter.

When asked about the experience by Bloomberg Businessweek Musk said he enjoyed it.

Check out some of the clips below: