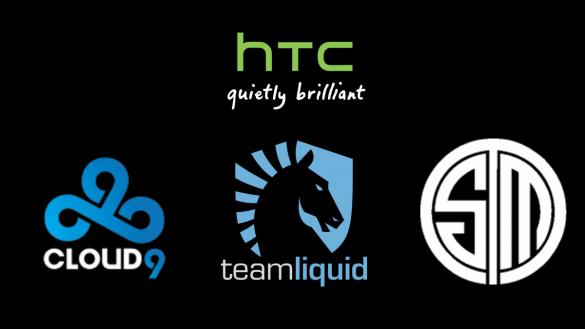 HTC (TPE: 2498) announced its new sponsorship with three professional online gaming teams while the company is moving into the home entertainment sector in addition to its smartphone business.

The renowned smartphone maker also named Walter Wang and Thomas Chen, two e-sports project managers, to launch a top-notch video series with players from the three teams and will offer them the chance to try out some “amazing new HTC devices” in the future.

“E-sports has seen significant growth in the past few years and we see synergy between those who are dedicated to this sport and HTC’s own customer base: people who set their own path and passionately pursue their own brilliance,” HTC said.

HTC, however, did not reveal any details of the amount spent on the sponsorship as of press time.

On Jan. 7, an anonymous HTC executive told the U.S. technology website Re/Code that the Taiwanese smartphone maker was planning to expand into connected devices and entertainment in 2015, after diversifying its product line last year with the RE action camera.

By developing new categories of both hardware and software, HTC is hoping to transform itself from just a smartphone manufacturer into a “personal tech company,” the Re/Code report said.

The plan was revealed after HTC announced on Jan. 6 at the Consumer Electronics Show in Las Vegas, that it had formed a strategic partnership with Under Armour (NYSE: UA), an American sports clothing and accessories supplier, to add a newly launched health and fitness app — UA Record — to HTC’s product line.