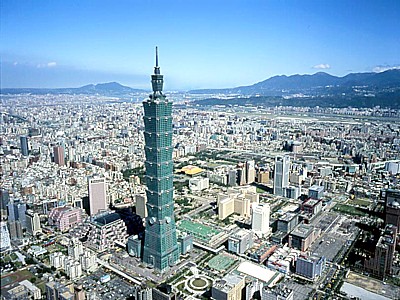 Taiwan was ranked the 14th in the Heritage Foundation’s Index of Economic Freedom for 2015, which was three notches up from a year earlier.

In the Asia Pacific region, Taiwan was ranked as the fifth among the 42 countries that were covered, following Hong Kong, Singapore, New Zealand, and Australia, while Taiwan’s score was well above the world average.

Among the 10 sub-indexes in the Index of Economic Freedom, Taiwan made improvements in seven categories, including investment freedom, government size/spending, labor freedom, freedom from corruption, trade freedom, fiscal freedom, and monetary freedom.

In the meantime, Taiwan’s performance was unchanged in two other categories — property rights and financial freedom — and it slipped in the category of business freedom although Taiwan still managed to rank eighth in the world in the category.

“Prudent macroeconomic policy within a stable legal and monetary environment has been the key to rising levels of economic freedom over the past five years,” the Heritage Foundation wrote in its summary of Taiwan’s results. “Commitment to structural reforms and openness to global commerce have enabled Taiwan to advance far into the ‘mostly free’ category.”

The foundation said that Taiwan’s efficient business environment received a boost from a low corporate tax rate and the nation’s efforts in eliminating minimum capital requirements for incorporating a company. The foundation said, however, that Taiwan still faces threats to its overall economic freedom from a relatively high level of perceived corruption and a rigid labor market.

For other Asian nations or regions, Hong Kong remained on the top of the economic freedom rankings although its overall score fell 0.5 points to 89.6. Meanwhile, Singapore checked in the second with a score of 89.4 points, followed by New Zealand with 82.1 points, Australia with 81.4 points, and Switzerland’s 80.5 points.