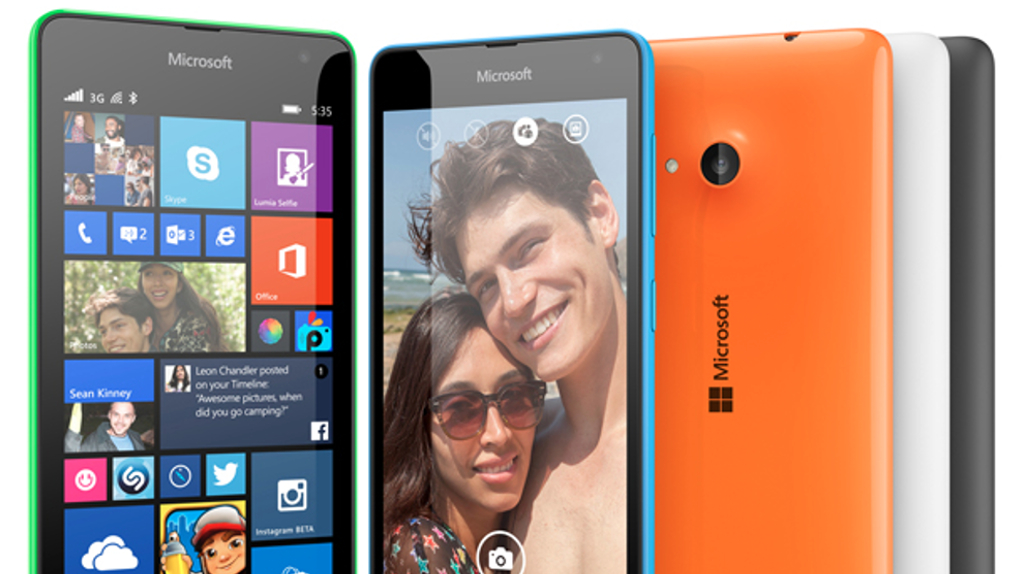 When Microsoft launched the Lumia 535, its first branded smartphone after absorbing Nokia’s mobile and services division, the strategy had become clear: that the company will start focusing on the low-end in its quest to gain market share in the smartphone industry. This has been further cemented with the announcement of the Lumia 435 and 532, budget Windows Phone 8.1 smartphones clearly targeted at the masses — the devices are even priced lower. After all, a core focus for the company is “connecting the next billion people to the Internet.”

Outside of smartphones, Microsoft also has the Nokia 215 up its sleeve — a sub-$30 feature phone that will enable access to apps like Facebook Messenger and Opera Mini. This is clearly aimed at emerging markets, where the priority is to connect people through mobile Internet, even if it’s through a small screen and slow transfer speeds.

Priced at about $120 unlocked, the Microsoft Lumia 535 seems to strike a balance between the low-end and mid-range. Microsoft markets it as having a “555” strategy, offering a 5-inch touchscreen display, 5-megapixel main camera and 5-megapixel wide-angle front camera for selfies.

As with most entry-level devices, it’s not exactly stellar in terms of specs and design. But being a Windows Phone, performance is decent even this low in the price and spec range. A clear advantage over the Lumia 530 and 520 it replaces in this segment are the bigger screen and better camera. While the user experience is decent, I do have some gripes with the screen being washed out — something common in this price range for Lumia devices. With this pricing, there has to be some compromise in component quality. 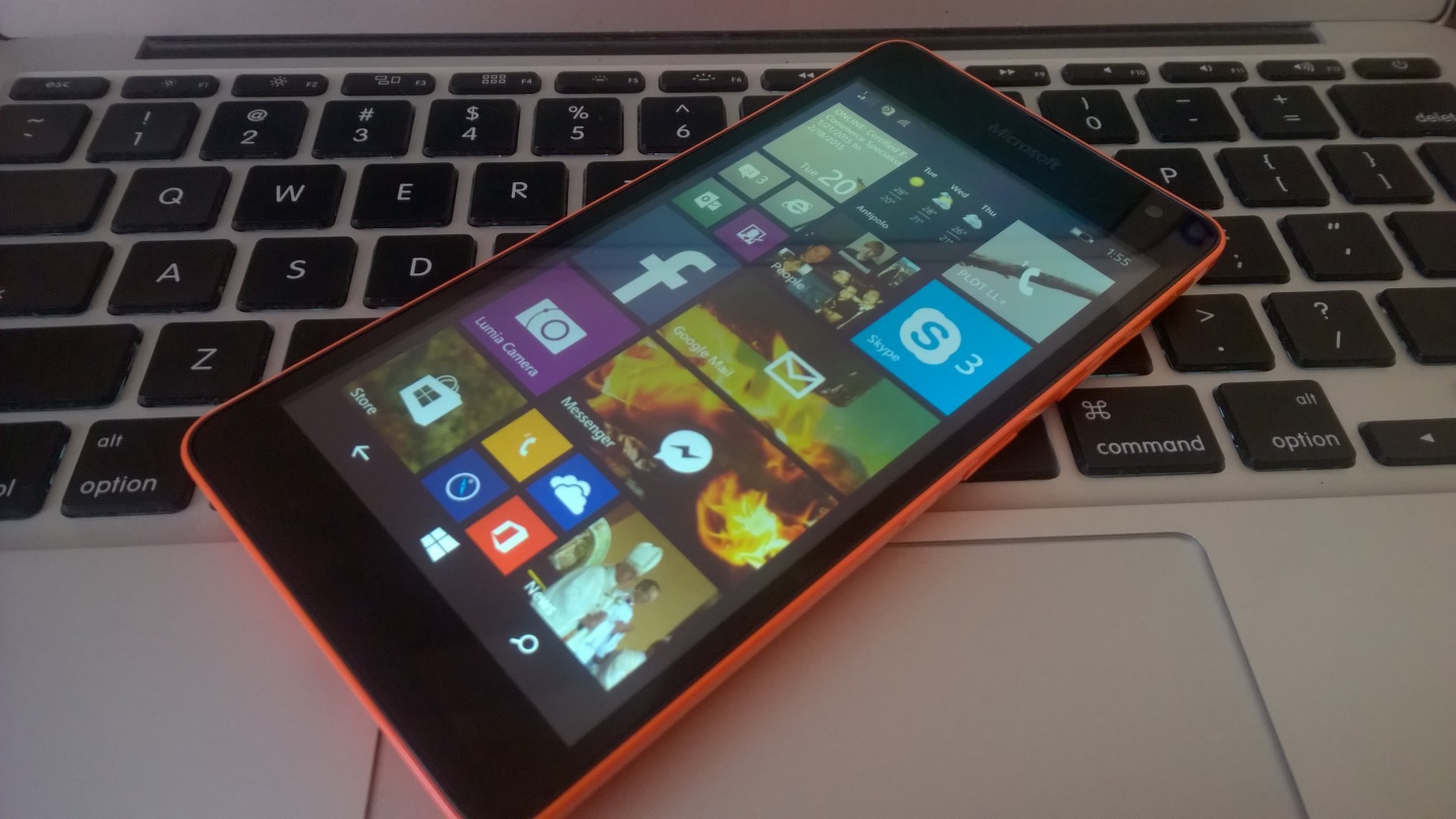 The Microsoft Lumia 535 is powered by a quad-core Qualcomm Snapdragon 200 Cortex A7 clocked at 1.2 GHz. Display is powered by an Adreno 302 GPU, outputting 540×960 pixels onto a 5-inch screen. This results in a PPI of approximately 222. The devices comes with 8GB of flash storage, with the system eating up about half. Good news for photo and music junkies: the device supports miroSD cards up to 128GB. Storage is augmented by 15GB of OneDrive storage — Microsoft account holders who have activated auto backup in September 2014 will have up to 30GB free.

The 535 thankfully has 1GB of RAM, which should improve app performance over previous entry-level devices. Even the “affordable flagship” Lumia 830 ships with 1GB, so raw performance can be comparable, memory-wise.

The Lumia 535 comes with a 1,905 mAh removable battery, which is rated at 552 hours standby and 11 or 13 hours talk time (2G and 3G, respectively). In real-world scenarios, however, I would usually get about 55 hours standby time on this device, with a few calls, news reading and and Skype chats.

Our review device is the Dual SIM variant, which means you can use two SIM cards simultaneously — a great way to reduce device clutter in your purse or pocket, or at least get more than one active line on the phone, whether from the same or different networks. It’s a handy feature whilst roaming — you can keep your current number and also use a local prepaid SIM to save on data, SMS and call costs. 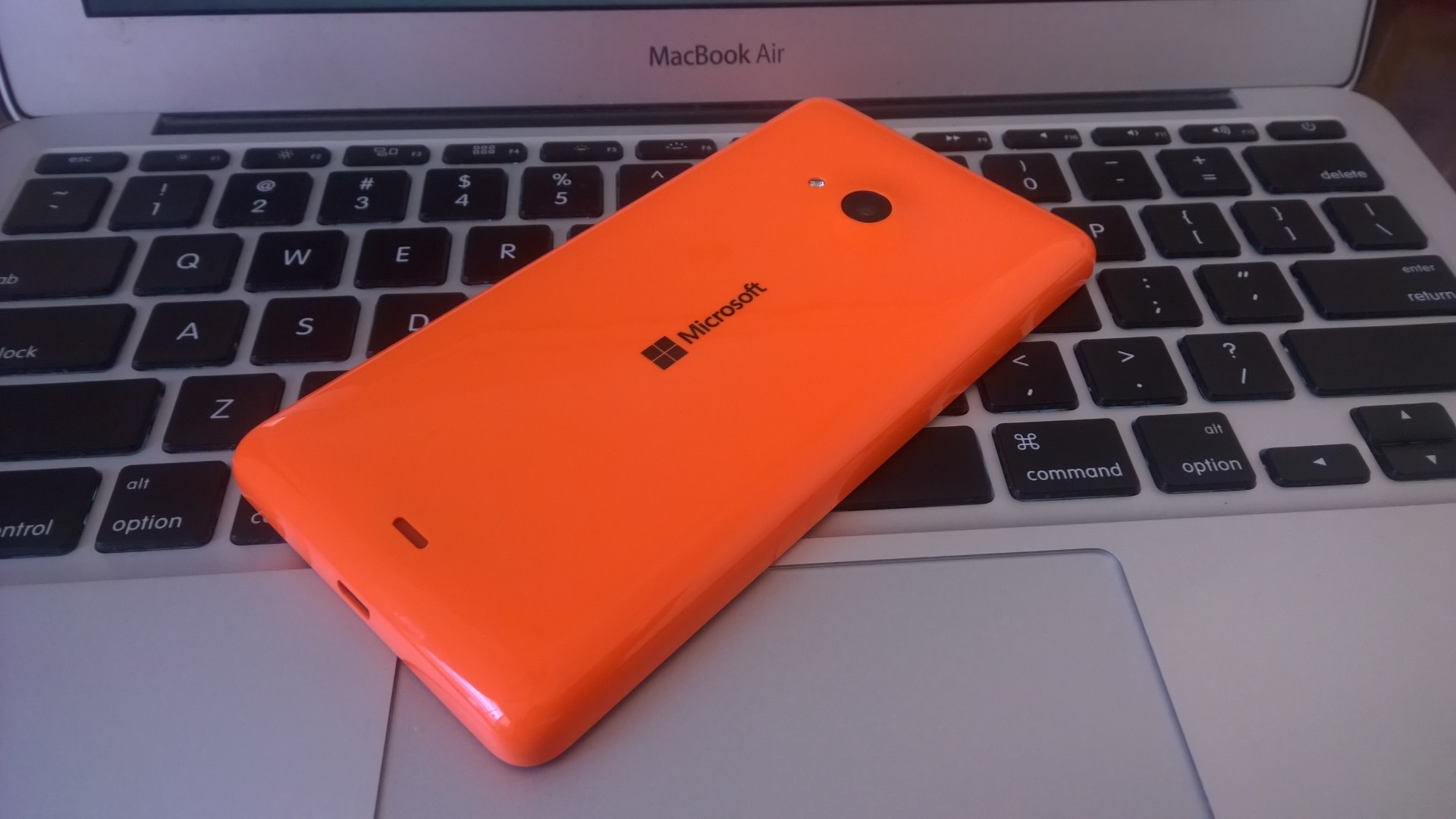 Comparing it with the Lumia 530 it replaces, the 535 is certainly an improvement, although the devices sport basically the same procssor. You can see VR World‘s review of the Lumia 530 from a few months back.

The 535 sports the familiar Lumia design — polycarbonate removable back cover that comes in bright colors. The phone comes in orange, green, black and white, with the latter two coming in matte, while the more colorful ones in shiny finish. Our review unit was orange, and while the shiny plastic can be a fingerprint magnet, it’s also provides better grip, which should help reduce accidental drops.

Button layout should also be familiar to longtime Lumia users, with all keys at the right side of the phone: volume rocker at the top and sleep/power button at the middle. Sorry, no dedicated camera button here. Microsoft has done away with the dedicated capacitive softkeys, with on-screen soft keys that can be hidden and shown with a swiping-up motion. This can take some getting used to, especially for those more familiar with fixed capacitive touch keys. 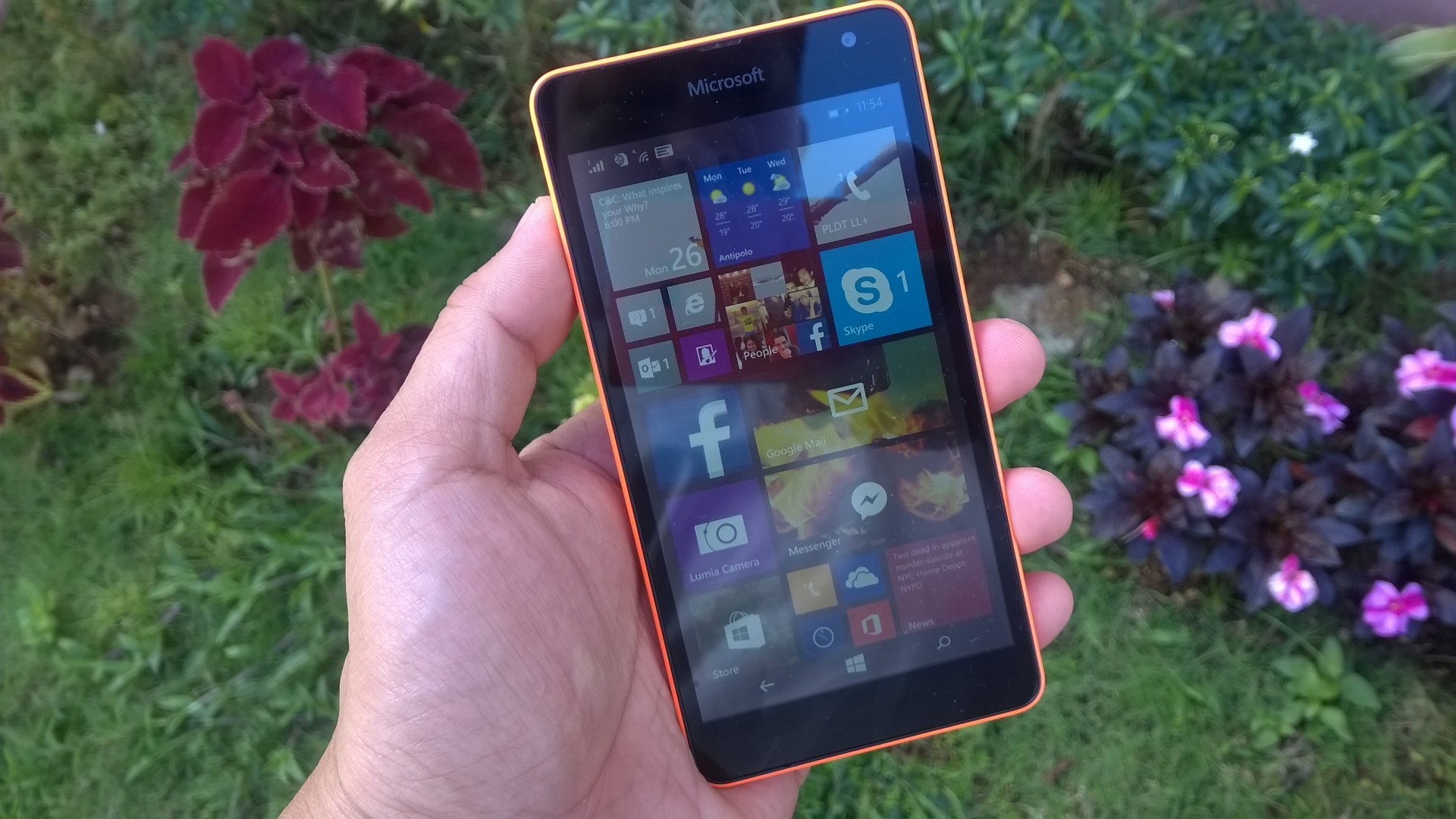