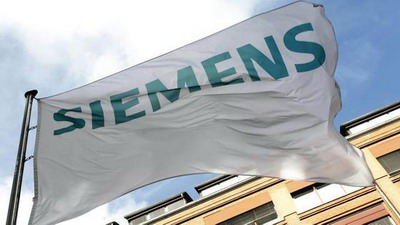 Siemens AG’s (ETR: SIE) Taiwan branch said that its revenue this year will grow at a similar rate as Taiwan’s economy.

“We are aiming to grow on average at least as much as the country’s GDP is growing. That’s our target,” said Erdal Elver, president and chief executive officer for Siemens Taiwan.

Elver made his remarks during a year-end press conference in Taipei. Taiwanese government and several economic research organizations predicted that Taiwan’s GDP for 2015 should fall between 3.28% and 3.6%. Elver said that Siemens recorded a revenue growth rate last year that was “similar” to Taiwan’s economic growth of 3.51%, but he did not give an exact figure.

Elver said that Siemens’ global business has made substantive progress in the intensely competitive international environment, with its new orders reaching US$88.9 billion and revenues totaling US$81.5 billion for the fiscal year of 2014.  Siemens’ revenues for 2014, Elver said, increased 1% from the previous fiscal year of 2013, as the company registered the net income of

The company registered net income of US$6.3 billion, an increase of 25% from the fiscal year of 2013. Elver said that Siemens Taiwan will continue to promote its “Grow Taiwan Together” initiative and provide solutions in key areas such as sustainable energy, future of manufacturing and intelligent urban infrastructure.

“Siemens Taiwan continues to embrace its commitment to Taiwan and strives to forge a sustainable future for Taiwan’s energy and industrial sectors,” Elver said.

In the area of smart manufacturing, Elver said, Siemens is introducing digital factory and advanced manufacturing concepts to Taiwan with the focus on integrating the entire industrial value chain on both the digitalization and automation levels.

“This will significantly boost flexibility and efficiency for Taiwanese manufacturers in product development while shortening the time needed for these products to reach the market,” Elver said.