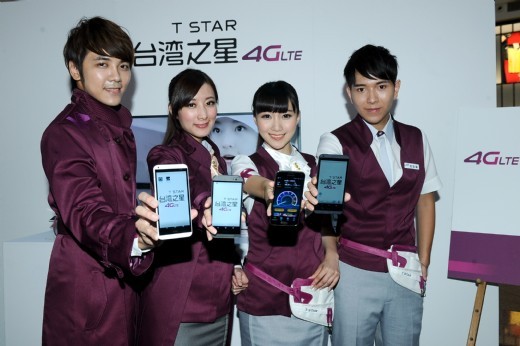 More than two telecom operators, foreign and domestic, are interested in becoming the majority shareholder and the actual operator for the telecom company Taiwan Star, as the scandal-plagued food conglomerate Ting Hsin Group has been trying to sell its stakes.

Taiwan Star Chairman Wei Ying-chiao (魏應交), who also heads the Ting Hsin Group, confirmed on Feb. 2 that Ting Hsin will withdraw from Taiwan Star by selling its 52% stake in the telecom company.

Chunghwa Telecom (TPE: 2412) and Far EasTone Telecommunications (TPE: 4904) are the two potential buyers who have been confirmed for their contacting Ting Hsin for potential acquisition of its 52% stake of Taiwan Star. Hon Hai Precision Industry Co (TPE: 2317) is also a potential buyer although the long-term supplier for Apple (NASDAQ: AAPL) has already owned the Asia Pacific Telecom (TPE: 3682). In addition, Ting Hsin also confirmed that Japan-based telecom operator KDDI (TYO: 9433) has been discussing the potential deal with them during the past few months.

When approached for responses, Taiwan Star declined to elaborate or reveal more details.

“It was inappropriate for my company to comment on a possible buyout o the stake owned by Ting Hsin at this moment,” said Cliff Lai (賴弦五) ,president for Taiwan Star.

When approached, Cathay Financial Holdings President Lee Chang-ken (李長庚) said that the Taiwan Star stake it owns is part of its financial strategy and the company has no plan to make any change of it as of now.

Why is Ting Hsin selling its stake?

Ting Hsin was impacted by an edible oil scandal that was made front page stories last October, when its subsidiaries were discovered to be selling cooking oils containing ingredients unfit for human consumption. The scandal sparked outrage among local consumers, who launched a nationwide boycott of Ting Hsin’s products and services, including Taiwan Star.

The increasing condemnation of the conglomerate’s business practices have made it more difficult for the group to survive in Taiwan, while its cash flow was seriously affected at the same time. Ting Hsin then began to sell its shares of Taiwan Star, Taipei 101 and its flagship food unit Wei Chuan Foods Corp (TPE: 1201) because of its negative public image.

Wei Ying-chung (魏應充), Wei Ying-chiao’s brother and former chairman of Ting Hsin Oil and Fat Industrial Co, has been detained for the cooking oil scandal since last October but was released on US$3.22 million bail on Jan. 28. Changhua District Court decided to maintain its decision to grant bail to Wei and declined the appeal by prosecutors. The ruling came after the Taiwan High Court ordered the lower court to reconsider its decision to allow Wei to be released on the US$3.22 million. On Feb. 3, Changhua District Court again granted Wei’s bail but increased the amount to US$9.66 million.

Regarding Ting Hsin’s attempts to sell its 33.17% stakes of Taipei 101, no further decision or agreement was made as of press time, now that Ting Hsin has been trying to close the deal with Malaysia’s IOI Properties Group Bhd since last November, especially the case has been declined by the Taiwanese government, due to a policy that the major shareholder of the building should not be a foreign investment.

The real price of the deal was never confirmed but Taiwan’s Ministry of Finance estimated that Ting Hsin could have made profits of at least US$636 million but the group will only have to pay a tax amount of approximately US$33 million.