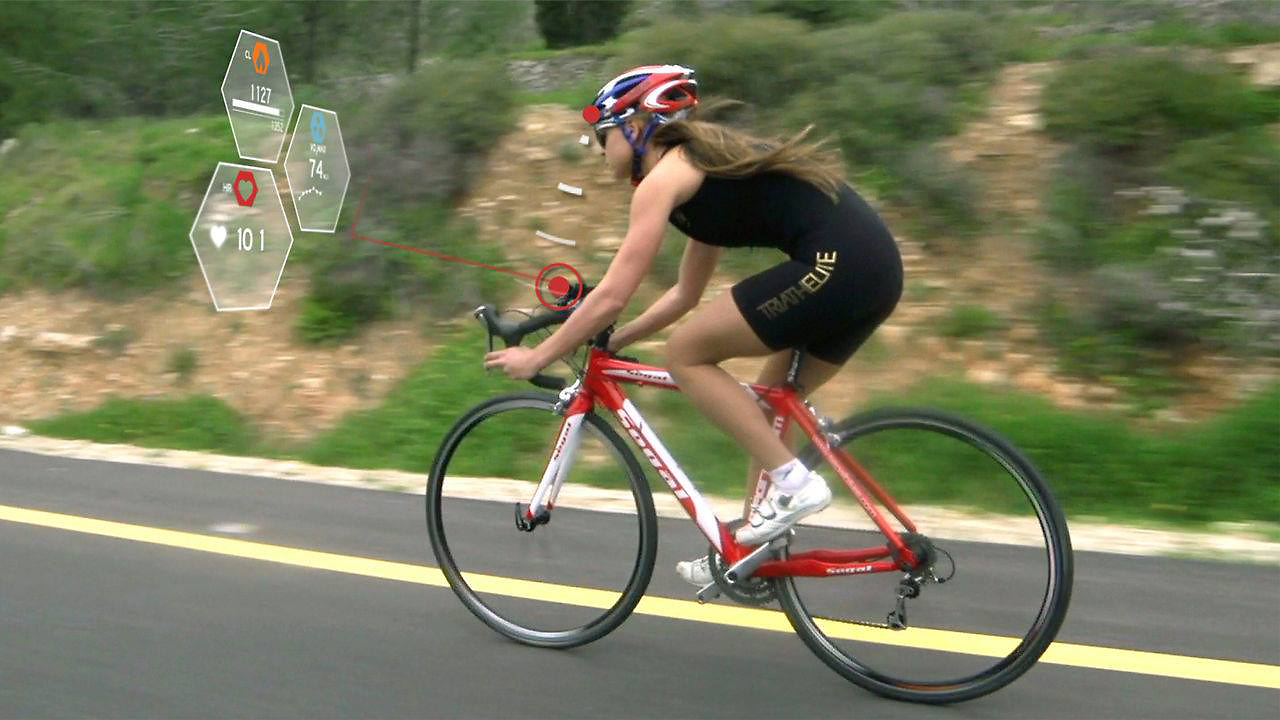 Developers of wearable technology have been gaining inroads into consumer end-markets, with the likes of virtual reality glasses, smart watches, fitness bands and other such devices becoming increasingly available and affordable. While the likes of the upcoming Microsoft HoloLens and AppleWatch bode well for consumer-facing products, the bigger potential is for platform and hardware makers that stand to gain from the boom in this space, just like how Qualcomm experienced a renaissance with the rise of ARM-based computing in mobile devices. One such startup that will stand to gain with the rise of wearable computing is Tel Aviv-based LifeBEAM, which designs and builds wearable instruments for measuring human performance.

LifeBEAM’s main products are hats and helmets with built-in heart rate and performance trackers. The novelty is with the fact that the technology behind these devices originated from the aerospace industry, in particular fighter pilot helmets. The startup is actually founded by former Israeli air force pilots who aimed to incorporate military technology into consumer products. Trackers embedded on these headgear help reduce the discomfort and weight associated with cyclists’ and runners’ having to wear chest straps for electro-cardiogram needs.

The startup launched its first product through a crowdfunding campaign on Indiegogo in 2013, and marginally exceeded its goal by 29%. The company also provides its bio-sensing technologies to other brands and partners. In November, it was announced that Samsung has picked LifeBEAM’s technology as one of the sensors that will power its Simband, which is the Korean company’s reference design for upcoming health-tracking wearables.

For LifeBEAM, it’s a big deal to find the right form factors to build its technology into. “Our challenge is to keep finding ways to integrate our bio sensing technology into real products that users want,” says Omri Yoffe, LifeBEAM founder, in an interview with VR World. “This keeps us at the front line as a company who understands both the barriers and opportunities in these different wearable form factors and possible products and content to be created out of them.”

According to Yoffe, there are certain industries that more easily warm to wearable technologies, although it may not be fair to identify any single industry that is dominant. For the  company, leading consumer brands are a good place to start when looking for trends in this industry. “The emerging wave of wearable technologies popular in the last year or so apply to consumer lifestyle, safety and security, enterprises, health and such industries,” he says. “There are different barriers to entry and key factors, such as policy, privacy and pricing, at play.”

Yoffe says there will always be early adopters and that “the most natural place to start with should be the leading consumer brands that will look for feasible ways of implementing wearable technology into their current and future products and services.” He adds that “the goal is to provide more value to the users and consumers.”

According to Yoffe, health and fitness remain to be at the forefront of wearables, because of the relevance of bio- and motion-sensing technologies to this industry. “Looking at 2014 and seeing the main trends for 2015, there is no doubt that the well-being and fitness markets are currently pioneering vehicles for wearable technology adoption, because these provide the target users a real and valuable way to track their personal wellness and well-being.” he says. “This is done in a relatively seamless and convenient, but still fashionable way,” he adds.

A focus on user experience

There are still challenges, however. For LifeBEAM, these include optimizing devices for the component sizes, connectivity, convenience and wearability. “Smart textile production also involves questions about washability and pricing,” Yoffe says, adding that even power consumption and the “lack of new disruptive and mature charging technologies” can also be an issue that builders of wearable tech need to address.

But going beyond devices and sensors, the wearable technology needs to take into account user experience. “We need ways to provide users a simplified, unified and insightful feedback mechanism, without the need for extra effort in terms of both wearing a designated wearable form factor (such as wrist bands) and the need to drill down into lots of saturated data and statistics.”

Beyond glasses and watches

The future is not necessarily about watches and glasses. Yoffe says that segmentation borders between two major groups. First is wearable and sensing tech embedded into clothing and apparel. “Wearable sensing solutions are invisibly implemented into all sorts of wearable gear apparel, with focus on low power consumption and wireless connectivity to a display-enabled device and/or the cloud.”

The second group involves purpose-built devices. “These are consumer electronics — watches, earbuds, phones and maybe a bit of smart glasses — participating as the user’s data aggregation, display and communication ‘hub’ to be able to simplify data collection and pitch the data to the user in real time.”

At this point, the job of companies that produce wearable tech is to make this technology more accessible to the end user — in essence making it invisible so it becomes more easily integrated into our lives, Yoffe says. “We need more focus on the UX and the ability to provide the end user an insightful, meaningful, simplified and unified feedback about his daily activity and personal well-being, and less focus on the raw bio-sensing parameters the and other more techy parts.”