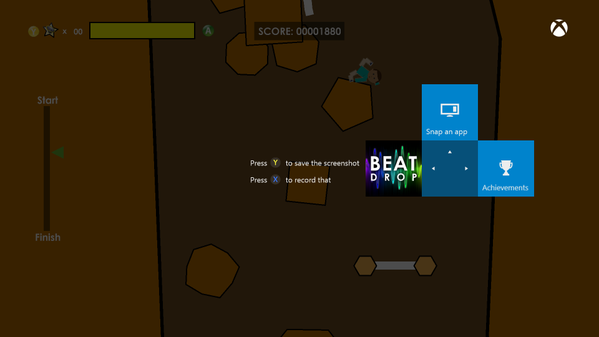 Microsoft’s (NASDAQ: MSFT) own head of Xbox division Phil Spencer recently Tweeted a brief look at what the Xbox One’s screenshot functionality will look like, delivering a quick visual update on the feature’s development.

Nice to finally be doing this on my Xbox One dev kit. pic.twitter.com/AgDDWr3ExJ

The image is from a dev kit prototype and reveals that the screenshot function will be accessible as part of the quick-snap menu.

The menu itself is brought up by tapping the Xbox home button twice, and is integral for quick video captures or snapping the Game DVR app to an in-game session.

That means you’ll have to go into the overlay sub menu to save screenshots–much the same you do for quick video captures. Let’s hope the feature is as fast and fluid as the quick-save for 30-second clips, and that it’s not laggy.

Just last month Spencer promised that screenshots were “coming to the Xbox One in “2015”, and it looks like he’s making good on the projection.

According to Spencer, Microsoft has been working on bringing screenshot functionality to the Xbox One as far back as the console’s original release in November 2013, but it turns out that the feature was more “technically challenging” than the company thought.

The oft-requested feature has been noticeably absent for the first year of the console’s life cycle, being surpassed by the PlayStation 4’s easy sharing setup.

Spencer affirms that Microsoft is planning to deliver more updates when the feature becomes more stable, and at this point no firm release date has been set for the Xbox One function.