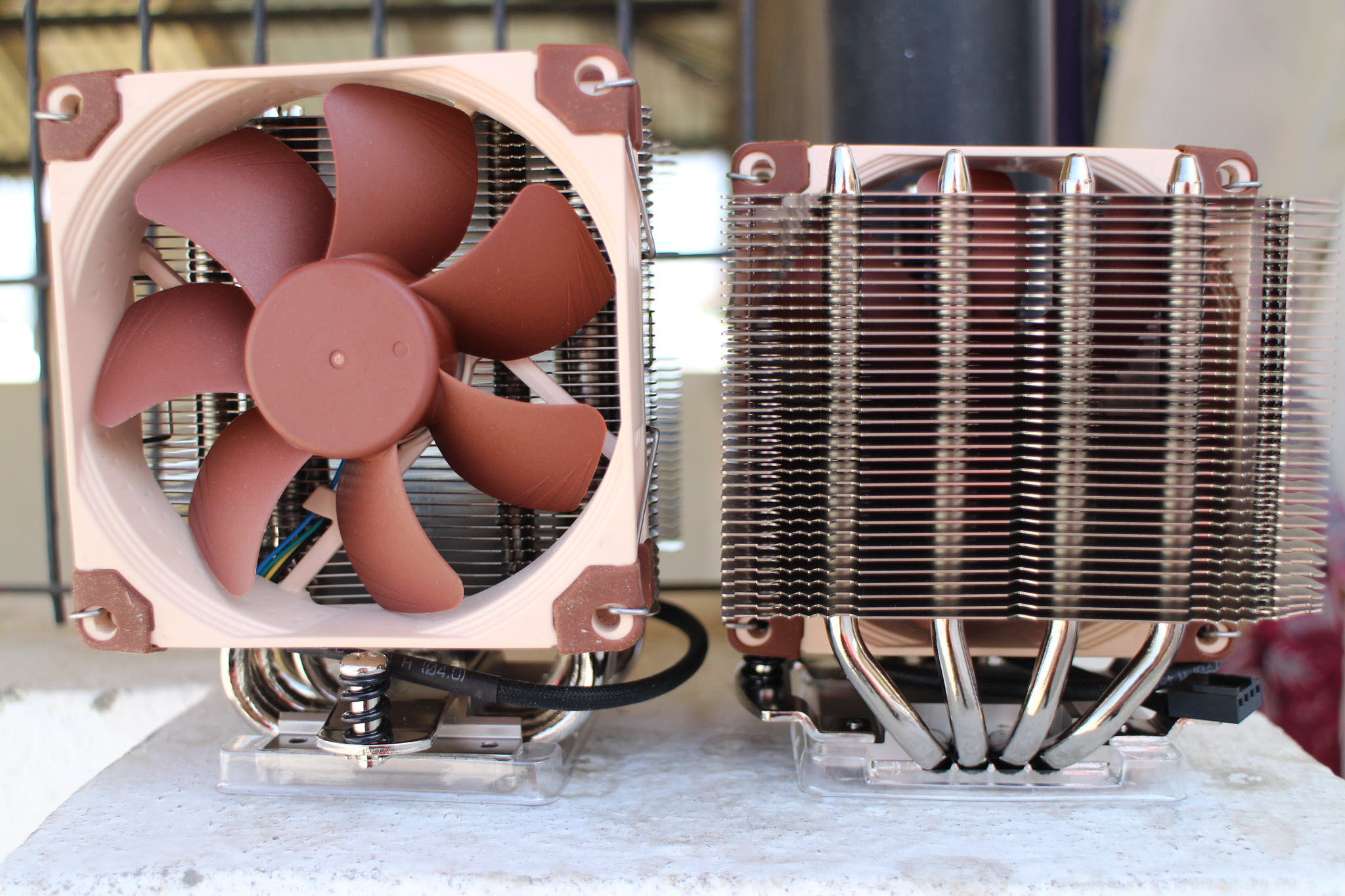 Noctua is a well-known manufacturer of cooling solutions, with its unique brown-colored line of heatsinks considered to be one of the best available in the market. The Austrian-based manufacturer launched a new line of heatsinks late last year, with one model – the NH-D9DX i4 3U – aimed at LGA2011 socketed servers, while the other two – the NH-U9S and NH-D9L – targeted at consumers.

Noctua has several heatsinks in the 120mm to 140mm category, and now with the 92mm offerings it is looking to target smaller form factors like mini-ITX and HTPC. The goal with the NH-U9S and NH-D9L is to provide a similar amount of performance as the larger heatsinks albeit in a much smaller footprint.

The NH-D9L is a dual-tower cooler with a fan at the center. There is also the ability to attach another fan to create a push pull mechanism. The fan in question, the NF-A9, is PWM controllable, and has custom rubber and nylon inserts to prevent it from coming into contact with the heatsink, mitigating noise levels in the process.

The NH-D9L sits lower than other offerings from Noctua in this series and is designed to slot into smaller form factor cases with ease. The 95x95mm footprint means that it won’t come into contact of any expansion slots or memory modules. Clearance of 110mm means that it is significantly lower than the larger products in the NH-D series, like the NH-D14, which has a height of 160mm. 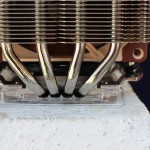 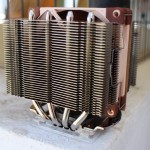 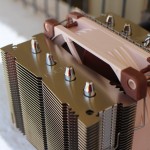 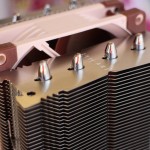 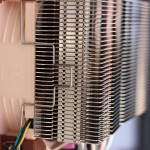 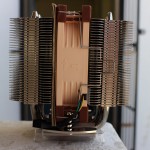 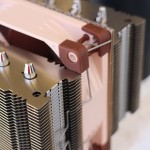 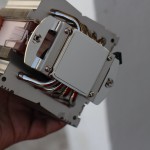 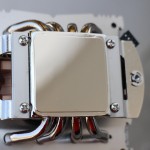 Coming to the heatsink itself, the base and heatpipes of the NH-D9L are made out of copper, with aluminium the material of choice for the fin stack. There are 35 aluminium fins on either stack, and the design of the NH-D9L is such that the fan is larger than the fin stacks, sticking out at the top and bottom. The four heatpipes traverse through the fin stack, culminating in spikes at the top. The surface of the heatsink is not quite mirror-like, but it is smooth and flat, which is what is needed in this case.