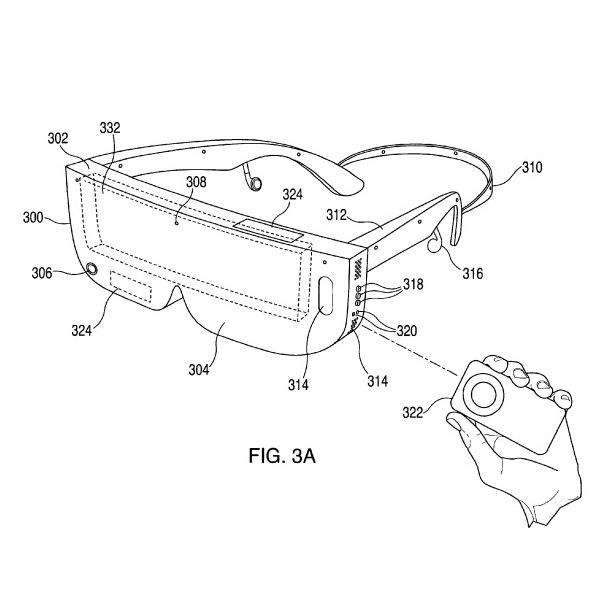 While it may seem that Apple is trying to beat Samsung to the punch in patenting a smartphone-based VR headset, this is actually not the case. According to Apple Insider, Apple actually filed a patent for such a device in 2008. US Patent No 8,957,835, filed in September 2008 and granted February 17, 2015, describes a “head-mounted device that is worn on a user’s head and configured to integrate with a removable portable electronic device.”

As you can see from the illustrations, the headset has a separate hand-held controller that looks like an older iPod unit.

What are Apple’s intentions?

For its part, Apple has not shown much of an interest in the emerging virtual reality market. While other consumer electronics companies have made inroads to developing their own headsets and supporting ecosystem the same can’t be said from Apple.

It could be that at one time Apple was exploring developing such a device, but plans were killed at the executive level. In response to press inquiries about Apple’s VR ambitions, the company has said that it not everything it patents will go to market.

A more cynical analysis of the situation might be that Apple sensed the coming VR wave and decided to expand its patent library before its competitors to bring products to market with hopes launching patent related lawsuits against them. However, courts are becoming more hostile to companies that choose to patent troll so this may not be the most likely scenario.