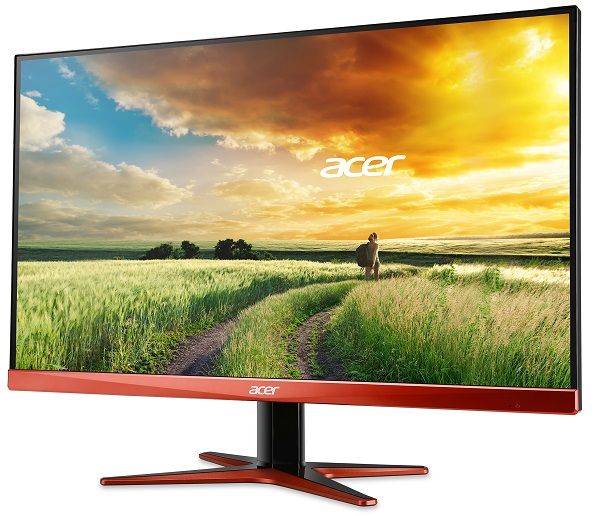 Keen observers of the company’s releases might be confused. During January’s Consumer Electronics Show Acer announced the same thing, down to the connectivity (HDMI 2.0 port, Dual-Link DVI and DisplayPort 1.2a). However, this Feburary re-release has one key difference: the monitor supports the open source FreeSync from AMD (NASDAQ: AMD) and not Nvidia’s (NASDAQ: NVDA) G-Sync.

The difference between FreeSync and G-Sync is one uses open standards and DisplayPort, while the other uses proprietary components that are licensed to the monitor manufacturer. While Nvidia would argue strongly that G-Sync has technical advantages over FreeSync, for most users the difference is negligible.

The difference, however, comes down to the cost to manufacturers — which is thus passed on to consumers. Unless Nvidia delivers a strong incentives packages to companies to include G-Sync in their monitors, they will simply opt for the open source alternative. Why? Because they can pass the savings on to consumers.

It’s too early to tell if this is the beginning of a trend, or write the postmortem for G-Sync. Nvidia didn’t have much luck pushing out 3D Vision 2, which also required manufacturers to sign-on to include proprietary hardware in their monitors. Granted, consumers didn’t have much enthusiasm for 3D gaming — particularly if it required them to use a monitor which included proprietary technology.

Acer’s move is a vote of confidence for FreeSync, but not an outright rejection of Nvidia’s G-Sync. It will at least take another two or three quarters to get the first glimpse of a winner in the adaptive sync battle.