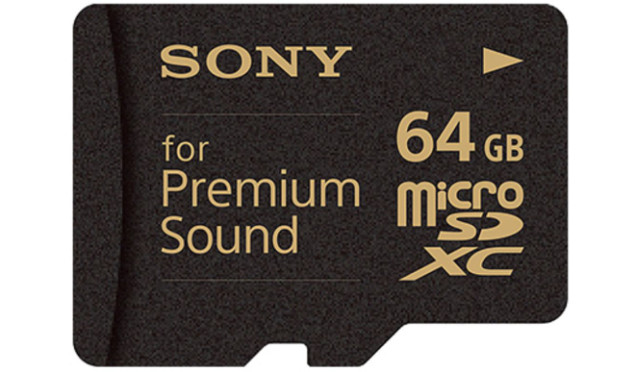 Attempting to get consumers to pay a premium for high-end HDMI cables that promise better sound or picture is a scam as old as HDMI cables themselves. It has been scientifically proven that a $3.50 cable will work just as well as a $699 cable; the nature of transmission means the picture will work or won’t work at all. Now Sony (NYSE: SNE) has joined these ranks of snake oil salesmen with its SR-64HXA micro SDXC which promises better sound through lower electrical noise.

Whether the $155 card will actually produce better sound through “lower electrical noise” is a highly dubious proposition. Other factors such as the audio file’s compression, the quality of the device’s DAC, and the speakers or headphones all play a much bigger role in audio quality than what Sony claims. Also the amount of actual read time, and thus audio degeneration from electrical noise, varies from device-to-device. Buffer and read times are unlikely a constant factor across the spectrum of audio players out there, thus Sony’s ability to claim an improvement in audio quality has questionable grounds to stand on.

Is there a market for this product? Obviously Sony thinks so, or it would not have bothered producing it. However judging by a comment a Sony spokesperson made to the Wall Street Journal, even the company has doubts about its potential.

“We aren’t that sure about the product’s potential demand, but we thought some among people who are committed to great sound quality would want it,” a Sony representative is quoted as saying.