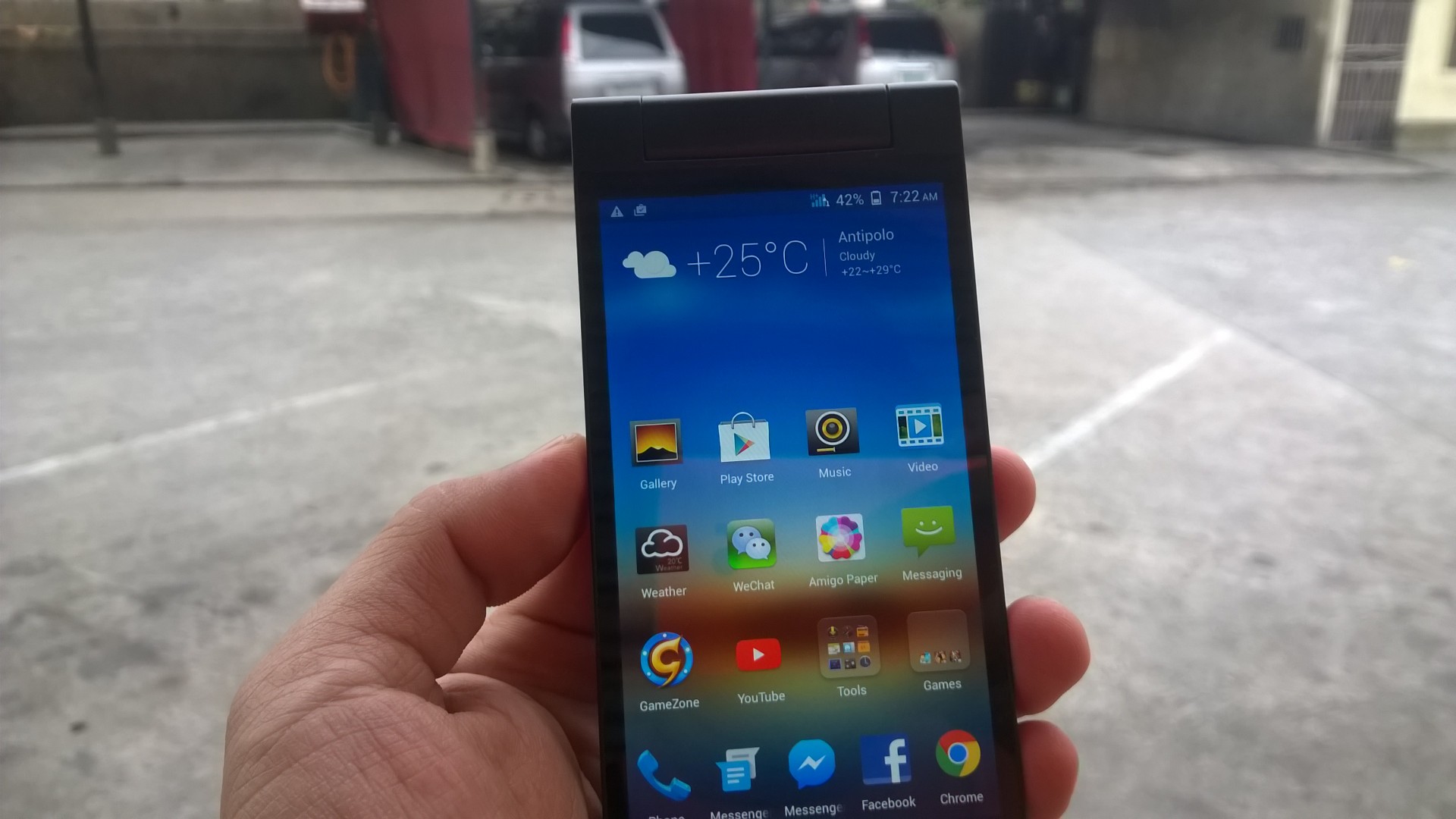 The Gionee Elife E7 series is not exactly a new device, as the mid-sized flagship E7 mini was announced by the Chinese manufacturer in late 2013 and launched in Asia in mid 2014. However, the E7 mini is still on the company’s current lineup, along with the Elife S5.1 — the “world’s thinnest smartphone” — which perhaps signifies the firm’s approach to its product cycles. Even the aging Elife E7 is undergoing some sort of renaissance with a significant price drop, retailing at around $180, which is around 37% of its original price.

The E7 mini is supposedly a smaller version of the Elife E7, which had been Gionee’s flagship smartphone until it was supplanted by the waif-thin S5.5 and S5.1 handsets. However, a unique — or at least uncommon — characteristic is its swivelling camera, which gives some flexibility in terms of photo capturing angles and selfie-photography.

Gionee’s PR sent us a unit to review late 2014, and while this writer had been mostly exposed to, and preoccupied with, reviewing Windows Phones, I started appreciating some of Android’s benefits and nuances with this review.

The Gionee Elife E7 mini is not exactly a specs monster, especially given its age, although it’s still a formidable smartphone that can handle Android capably.

The Elife E7 mini’s main handicap is its use of an older Android version. The device ships with 4.2.2 Jelly Bean — customized with its own Amigo UI 2.0 — which means users will miss out on the performance and UI advantages latter versions offer.

The E7 mini, by the way, comes in a dual-SIM setup, meaning you can simultaneously run on two different networks or mobile accounts. I find this very useful when roaming abroad — I can simply purchase a cheap prepaid SIM for cheaper local data, calls and SMS.

Build quality is one of the Elife E7 mini’s strong suits. The device has a unibody design, with the entire casing molded out of a single piece of polycarbonate. This comes with advantages and disadvantages: the battery is not user replaceable, and the only way to open up the device is to pry out the screen. However, it also means the phone is sturdier, and will not tend to creak under pressure or break apart when dropped. Even the micro-SIM slot, which holds both SIM1 and SIM2, is only accessible through a tray, which requires a pin to eject.

The only point of wear and tear is the swivelling camera. Now, there are advantages and disadvantages to this. First, a moving camera means you can take both regular shots and selfies using the same resolution lens. This is a big plus, compared to most other devices that have smaller-resolution fixed-focus front cameras. It also enables taking photos more discreetly (if the lens were swivelled into a position that does not make it obvious you’re taking pictures).

As for buttons and port placement, I appreciate how both the power/suspend and volume rockers are all on the right side. I know it can confuse most users coming from Samsung or Apple devices, but from someone used to Windows Phones, it seems more natural. Given the space the swivelling camera requires at the top, both micro-USB and 3.5mm audio ports are located at the bottom of the device.

What I don’t like here is how Gionee uses a sticker for the device’s certification labels. Yes, the unibody design precludes opening up the case, but these labels could have been incorporated more discreetly (the Lumia 930 has its labels engraved at the bottom of the metal frame, for example).