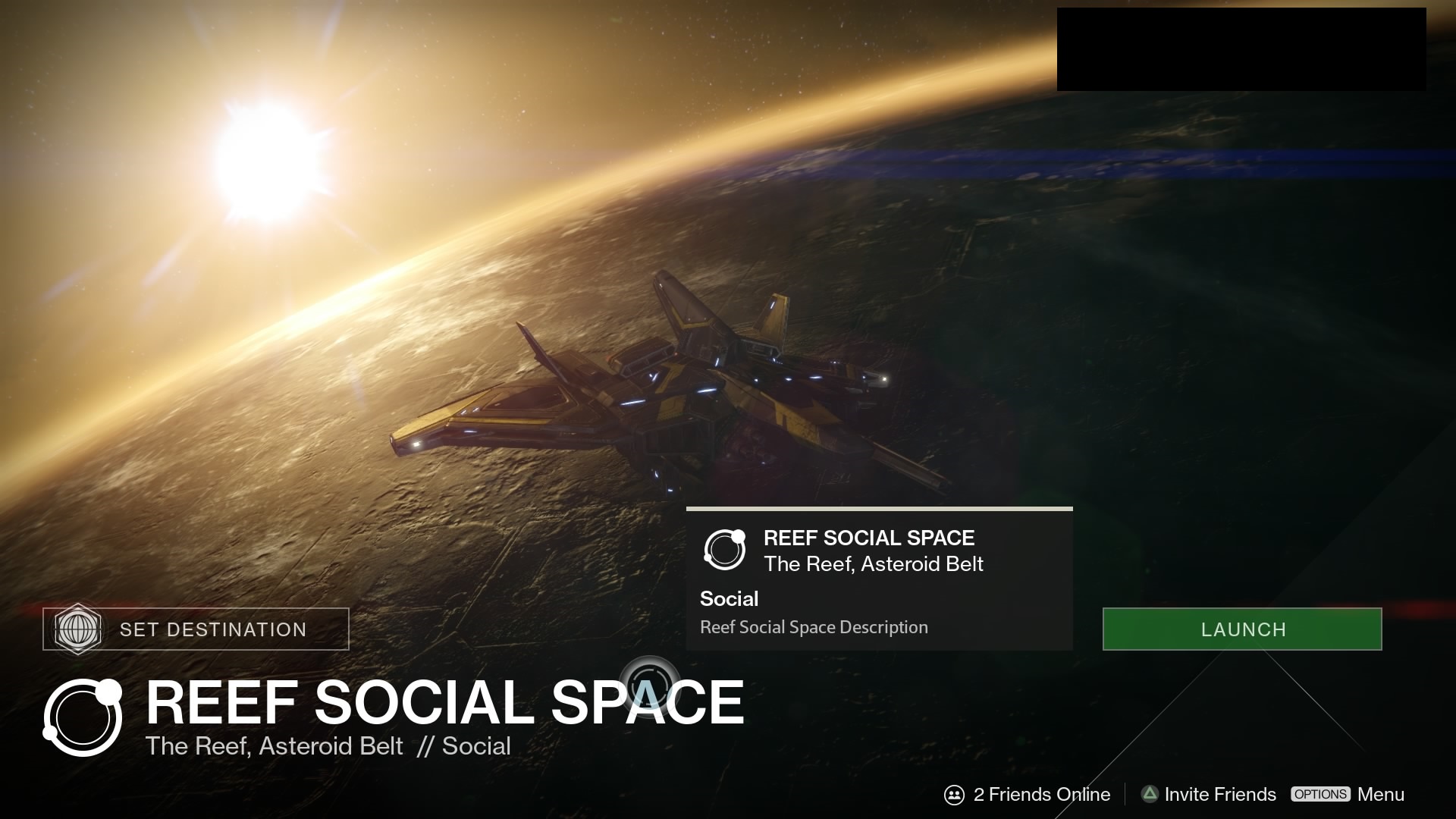 Check below for a closer look at what the Reef’s social hub will look like.

The House of Wolves leak show off Director navigation screens for the expansion’s new Reef-based “social space” within the heart of the Asteroid Belt, pretty much saying that the Reef will be the Guardians’ home away from home as they aid the Awoken Queen.

Planet Destiny notes that the Reef social space can accommodate up to 16 players simultaneously, and should feature merchants and the like similar to the Tower. 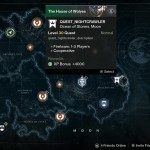 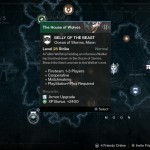 The Belly of the Beast level 28 Strike is highlighted, along with a level 30 Queen’s quest entitled Nightcrawler and two new Crucible matchsets: Inferno Rumble and Inferno Skirmish.

The Inferno modes have been spotted in the past, and it’s believed the new gametypes might roll out around March 3 – 10.

The images come from Japanese Reddit user megamanexe4, who has been responsible for leaking House of Wolves item sets in the past. It appears megamanexe4 has been able to access latent portions of the expansion thanks to its on-disc data via an exploit, but were’ not sure just how he did it. 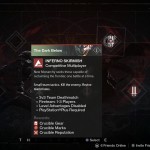 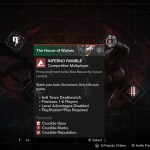 The Japanese gamer’s information has proven to be quite accurate when his leaks  matched up with Destiny DB‘s massive data-mined lists, so it’s quite possible that this newly gleaned info is authentic.

Bungie has since released Destiny Patch 1.1.1 that brings a host of new changes and updates across the board, introducing a new faction reputation UI system along with some pretty substantial alterations to weapon efficiency.

House of Wolves is set to release in the Q2 2015 window, meaning it could launch as early as April and as late as June. Expect more leaks in that frame of time, as well as new highlights from Bungie along the way.