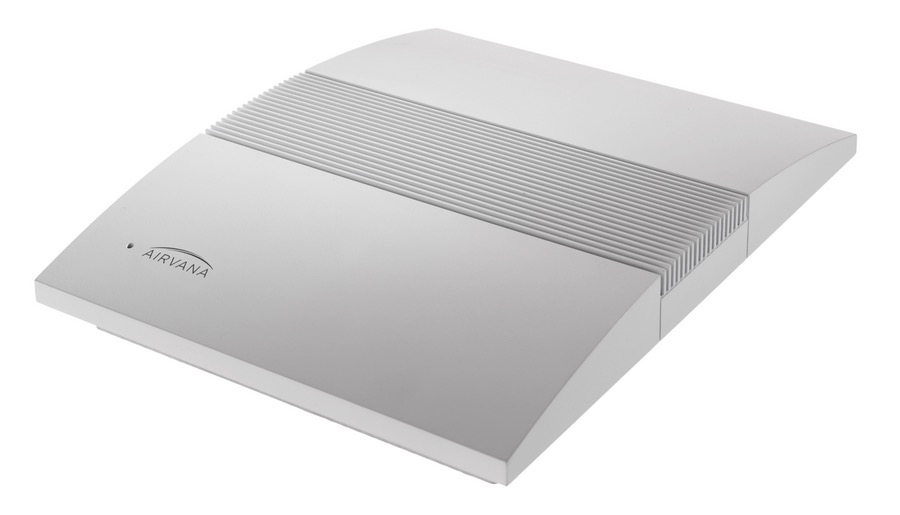 Mobile World Congress is all about mobility-enhancing technologies. But while much of the technology media is focused on the consumer-facing technologies and devices during the event, MWC also celebrates innovations in the underlying tech that supports our devices and networks. As part of MWC 2015, this author was tasked to be among the panel of judges for the Best Mobile Technology Breakthrough category.

Entries in this field mostly consist of vendors and solution providers with devices or embedded technologies that improve performance, connectivity and platform convergence meant for mobile use.

One of the finalists is Airvana OneCell, which is an LTE small cell system meant for both enterprise and consumer-facing applications, which mobile operators can use to augment their capabilities in servicing customers in urban and indoor settings.

Airvana’s technology is borne out of the need to have strong wireless signals even inside buildings. One limitation of LTE — and wireless signals in general — is that signal strength is significantly reduced with obstructions. Building foundations act like a cage, after all, where radio signals are good at bouncing within the structure, but not necessarily across from inside-to-outside and vice-versa.

“Outdoor macro cell towers cannot fully penetrate building walls to deliver quality LTE service indoors, and upgrading legacy distributed antenna systems (DAS) for LTE is prohibitively expensive,” says Airvana. An alternative would be standalone small cells, but this is not effective in large enterprise settings, because these create many “cell borders.” In addition, these are not easy nor cost-efficient to deploy.

Airvana’s OneCell solution addresses the challenge of delivering consistent, high-speed LTE services for multiple operators, but without the cost and complexity of a DAS. Basically considered as a “cloud RAN”, the solution involves a single baseband controller, with radio points distributed throughout a building or establishment. These radio points act as a single cell, which results in zero cell borders, border interference and handovers — which mean better energy-efficiency for the connected mobile devices. 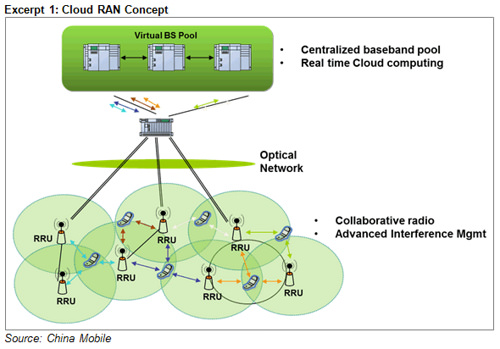 Industry experts consider cloud RAN as a disruptive technology because of two benefits: centralization and virtualization. Centralizing the baseband means significantly cheaper operational expenses — operators in South Korea, China and Japan have demonstrated 30% to 50% OPEX reduction with the use of such technologies. Meanwhile, virtualization of network functions will reduce capital expenditure, particularly the need to build standalone cell towers or micro-cell sites.

An added benefit of OneCell’s solution is that the nodes connect with each other via regular ethernet connection, and each radio point runs on power-over-ethernet, further reducing the complexity of deployment. According to a study by Real Wireless, deployment of OneCell is 69% less expensive than a traditional DAS. Material savings from the passive infrastructure can reach 90%, while simplified cabling means labor savings of 75% to 90%.

And a bigger benefit for enterprises: convergence across carriers. “Large enterprises and public spaces are typically multi-operator environments, and OneCell is designed to cost-effectively support multiple wireless providers with a single infrastructure,” says Airvana. “Architecture is designed to allow operators to take advantage of upcoming LTE capabilities, such as carrier aggregation, Coordinated Multipoint (CoMP) and distributed Multi-User MIMO (MU-MIMO) via software upgrades, without replacing any installed equipment.”

Scalability and cost efficiency are the most relevant benefits for enterprises and other establishments that require indoor wireless broadband connectivity. Meanwhile, for consumers, it means excellent connectivity even within buildings, for a “five signal bar experience.”

“There’s a clear interest among operators in serving indoor enterprise environments with scalable, distributed solutions that are also cost-effective,” says Ed Gubbins, senior analyst at Current Analysis. The potential market for OneCell’s technology is 1 billion users, as the Chelmsford, MA-based firm has dealings with mobile operators from Europe, Asia and North America.

The direction here is clear: the combination of centralized and distributed architectures provided by technologies like the OneCell are a boon to those seeking scalable and cost-efficient means to improve quality of service for mobile broadband users.