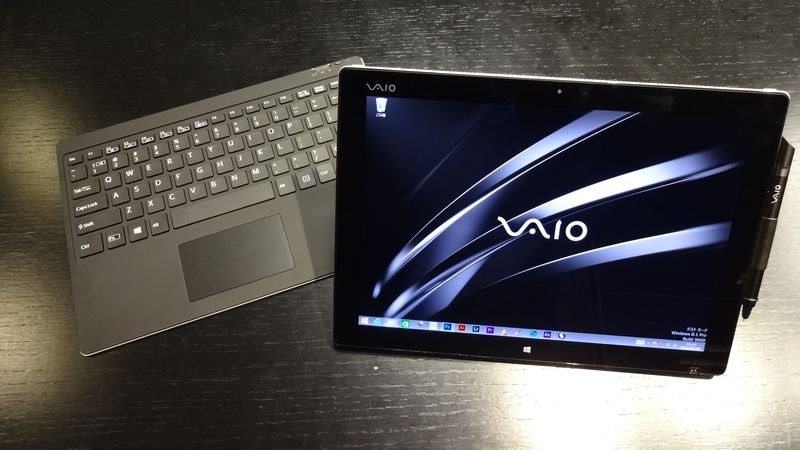 Word has finally gone out. Last month, Vaio had finally opened its sweeping update announcement about its new upcoming line of products as an independent brand. Spearheading the company’s promotional campaign is the reestablishment of its Vaio Z line of high-end top performance notebook PCs. The company introduced two new models, the new Vaio Z laptop, and more interestingly, the Vaio Z Canvas, which obviously will be our topic of discussion for this article.

But, what’s in it for us with the upcoming Vaio Z Canvas? Would it be different from, let’s say, the Samsung Galaxy Note 10? How does it differ from another hybrid 2-in-1 PC? And ultimately, would you want one? Probably, and here are some of the reasons why.

We all know that the concept of high-end, productivity-focused tablets is hardly a new one. Take the Asus (TPE: 2357) EEE Slate EP121 for instance. It’s a top spec tablet with superb overall performance, built for PC-level productivity in the fresh tablet year of 2011. But despite all of its perks, it never caught on, or at least it never went popular so as to firmly establish tablets as hardcore productivity devices. 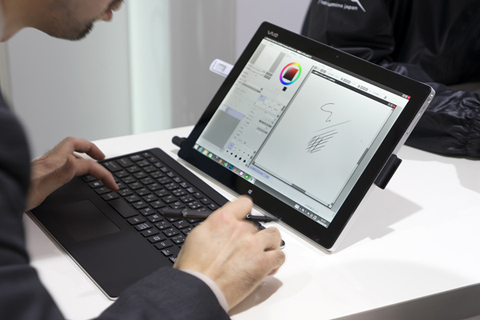 Fast forward to 2015, a time where tablets are now significantly better and owning one is considered as normal. In a market where hybrid 2-in-1’s are already prevalent, the Vaio Z Canvas may finally find its spot as a high-end productivity tablet. No more clunky Windows 7 touch interfaces, and say hello to better hardware optimization. If you think the Vaio Tap 11 was already amazing, then Vaio’s promotion of the Vaio Z Canvas is probably more than eager to prove you wrong.

A portable office in its own right (or so they said)

The Vaio Z Canvas is advertised as one of Vaio’s two new “monster PCs”. It was purposely built and promoted as a product that would be desirable for businessmen, artists, and casual users alike. It showcases its “Z Engine”, which is an undisclosed combination of a Core i7 Haswell processor and an Iris Pro Graphics card. Coupled with a few other hardware tweaks such as screen parallax reduction, its use is supposed to help the user feel closer to writing on paper than on a hard graphics tablet. 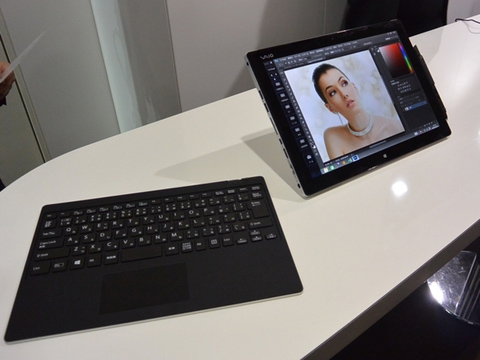 Normally, the tablet option for 2-in-1 PCs is designed for casual, on-hand use. The company however strongly promotes its tablet mode productivity, and are even adamant to prove its worth as an item of creativity. Drawing? Check. Composition? Check. Animation? Check. General media editing? Check. How it actually performs is of course another matter in itself, as this assessment is solely based on how it’s introduced until now.

Designed to give, not take

We’ve mentioned that the main selling point of the Vaio Z Canvas is productivity and creativity. What better way to promote this than to sell this high-end unit as a canvas? As stated in its latest presentation, “tablets provide something“, whether it’s information, data or multimedia. But “an empty, open canvas creates“. It is the user himself or herself that provides the information, data or multimedia. 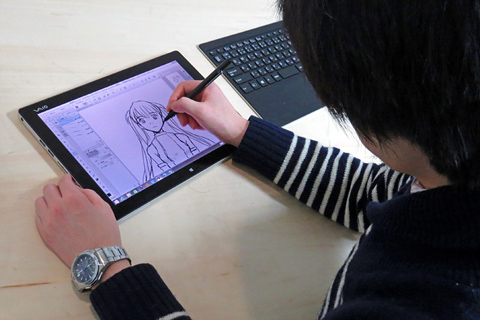 So, not only does it function both as a laptop (for typing work) and tablet (for data management), but according to the company it can also be used in various graphics related professional work. Much so, that they put hard emphasis on the kind of pro-level functionality that is also being promoted by companies like Samsung and Asus in their 2-in-1 hybrids and high-end tablets. The product hinges on the concept of a transformable and portable digital sketchboard, showcasing to its users an experience that is supposedly not very different from an actual digital art office.

Its Z carries its $

Let’s face it. Even during the height of the Vaio brand under Sony (TYO: 6758), its Z series always ended short on one critical factor: its innards and price do not add up. Potential consumers are usually hard pressed to justify its premium price, and those that do own one never usually purchased it with economy or optimization in mind. 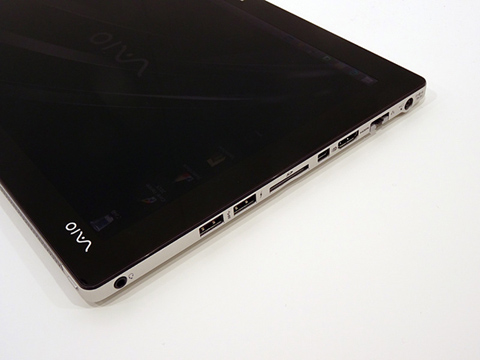 The Vaio Z Canvas is introduced at a hefty price of 200,000 yen in Japan, an equivalent of about $1,670. Great features, but with the same gaping disparity in specs and price. How is it different then? The Vaio Z Canvas is a notable exception because this time, the company clearly wants it to be presented as an investment, rather than a general, all-purpose high-end gadget. It introduces itself as a work machine, and claims to offset its premium price with its productivity features. Again, its actual performance is still yet to be tested, but it’s quite nice to see the potential.

It’s NOT made by Sony

Okay, that one was pretty sarcastic, but logically, this statement is true. In fact, this may be the most important reason why anyone would have a change of heart for the brand at all. True, Sony may not be that notorious when it comes to PR announcements and marketing, but many people will agree that Vaio’s demise in Sony was partly due to the company’s poor introduction of the brand. 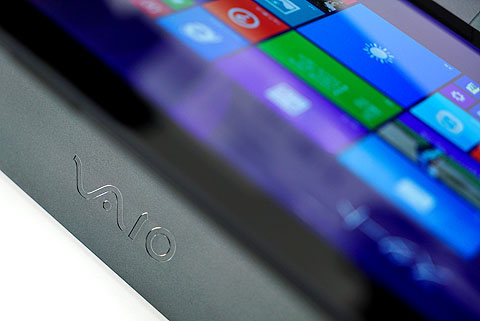 Poor, in the sense that it still maintained its glorified laptop status in the face of dwindling sales. In light of this realization, Vaio has pledged a slightly different approach. Sure, the price tag will probably remain the same, but the company is now attempting to market its products to where it is needed, or at least that’s how it looks. The name says it all: Vaio Z Canvas. Need its artistic essence be explained further?

Of course, there are still a few unmentioned potential dealbreakers for the Vaio Z Canvas. Most notably its accessories, as the brand’s previous owner had the notorious reputation of developing proprietary accessories to its products. There’s also the issue of whether the Vaio Z Canvas would be officially available outside Japan. However, there’s at least a few more months to wait, so interested consumers still have plenty of time for updates and new tidbits about the product.