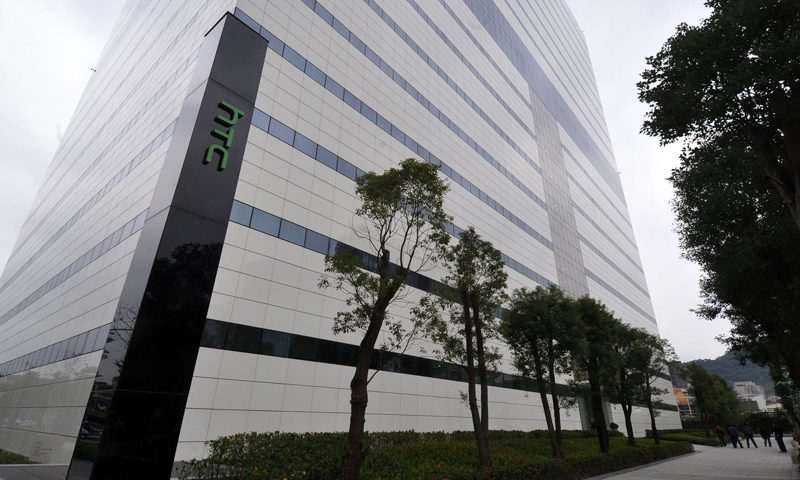 Smartphone commoditization has hit Taiwan’s HTC (TPE: 2498) hard. The top handset maker by volume in the US in 2011, HTC cratered over the next two years, posting its first annual loss in 2013 as Samsung (KRX: 005930) and low-cost Chinese brands chipped away at its market share. By 2014, HTC was no longer one of the top ten handset brands by shipments and held a pithy 1.5% share of the global market.

Analysts warned of HTC’s impending demise and suggested a buyout to increase its competitiveness. Going private would allow HTC to pursue strategies without an immediate payoff, but which would bear fruit in the long run, such as a push into lower-end handsets, they said.

HTC rejected the idea of a buyout. But it has cut costs, introduced cheaper handsets and is expanding into new product categories.

Following these moves, the Taoyuan, Taiwan-based company has returned to profitability for three consecutive quarters. Its fourth-quarter profit rose 49% to $14.8 million over a year earlier, beating analysts’ expectations of $10.4 million. Revenue increased 12% to $1.5 billion from $1.35 billion a year earlier. In the final three months of last year, HTC also posted its first quarterly sales growth since 2011.

HTC is forecasting an annual revenue increase of 30% this year.

Reading between the numbers

Aggressive cost cutting has driven HTC’s improved performance, industry experts say. A key part of that strategy has been outsourcing production of its non high-end handsets. In May 2014, chief financial officer Chang Chialin confirmed that contract manufacturers were making some HTC smartphones. He said the company’s outsourcing volume was below 50% of total shipments, but declined to specify the actual figure.

Compal Electronics (TPE: 2324) is handling a large portion of HTC’s orders. In 2014, the Taiwanese OEM made 2 million smartphones for HTC and may ship as many as 6 million this year, says Arthur Liao, a downstream analyst at Fubon Securities in Taipei. Compal also makes handsets for many other leading vendors including Sony (TYO: 6758) and makes Microsoft’s (NASDAQ: MSFT) Surface tablet.

“Outsourcing has improved the cost structure of HTC’s mid and low-end devices,” CK Lu, a principal research analyst at Gartner in Taipei, told VR World in an interview. “It’s an important part of their strategy to boost profitability.”

But there are limits to the benefits of outsourcing for HTC, because it still produces its premium smartphones in-house. Those high-margin devices are the company’s bread and butter, not lower-end handsets.

At the same time, HTC’s financials may be shakier than they appear. The New Taiwan dollar’s fall against the greenback was an important contributor to recent profitability, says Jeff Pu, an analyst at Yuanta Securities in Taipei.   “HTC was lucky that the NTD depreciated sharply,” he says. “Otherwise, they might have posted a loss in the fourth quarter.”

As HTC tries to gain ground against its competitors, it is rapidly rolling out new product categories: tablet computers, action cameras, wearable devices, even a virtual-reality headset. The purpose of that diversification is to provide new sources of revenue and position the handset maker as a stronger consumer brand, analysts say.

“You can’t grow producing smartphones alone,” says Lu of Gartner. “The market is too saturated. HTC is the only major vendor without something else.”

Tablet computers are an odd place for HTC to start. Not only are the devices plummeting in popularity among consumers, but HTC’s previous foray into the tablet market in 2011-2012 was a flop. Its overpriced Flyer and Jetstream tablets each lasted less than a year.

Yet HTC is the producer of the new Nexus 9 tablet, which was released in October 2014. Reviewers have compared the device unfavorably to the iPad Air 2 and Samsung Galaxy Tab S 8.4, criticizing the Nexus 9’s poor battery performance, screen resolution and camera. Sales peaked for the Nexus 9 “in the first few days,” says Pu of Yuanta Securities, adding: “It’s going to be a disappointment.”

The “Re” waterproof action camera shows better potential. Also unveiled in October, the tube-shaped device features a 16-megapixel sensor, a wide-angle lens and HD video recording capability. Since the device connects to smartphones wirelessly, it will be able to live stream directly to YouTube under a planned partnership.

The Re camera is selling well, HTC says. In December, it forecast sales of 20,000 units of the device by the end of 2014, with strong momentum carrying into 2015. Jack Tong, president of HTC North Asia, said at a product launch in February that the Re camera was performing well enough to boost the company’s overall first-quarter revenue.

HTC is competing with GoPro (NASDAQ: GOPRO) and Sony in the nascent action camera sector. Sander Research forecasts that market will grow 16% annually through 2018.

At this week’s Mobile World Congress in Barcelona, HTC is taking its new product categories a step further with the launch of the Grip fitness band and Vive virtual-reality headset.

Grip is HTC’s first wearable device. The GPS-enabled fitness band was co-developed with the American sportswear company Under Armour, which supplies wearables to the US military. HTC is positioning the device as a fitness wearable rather than a smartwatch, but it does have email, message and phone functions. Grip is also compatible with both Android and iOS devices.

The Vive virtual-reality headset, which uses technology from the US game developer Valve, is the more intriguing of HTC’s two new gadgets. Vive provides a panoramic high-definition view and tracks body and head movements as the user walks. HTC says Vive’s mobility distinguishes it from Samsung’s Gear VR and Google’s cardboard virtual-reality goggles, which users engage from the confines of a chair.

But unlike the Samsung or Google devices, HTC’s virtual-reality headset works only with PCs and consoles. HTC says it plans to make Vive compatible with mobile devices in the future.

A developer version of Vive will hit the market in spring and the device will be launched for consumers during this year’s holiday season.