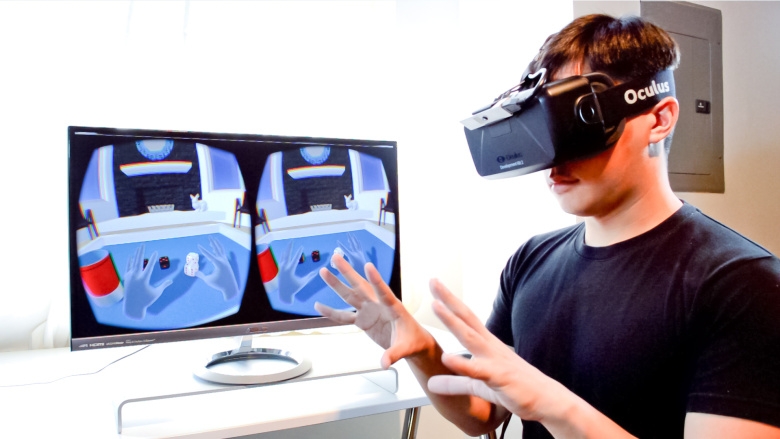 Virtual Reality is quickly becoming more and more immersive, but there’s one problem that ruins the illusion: lag. When a user moves their head and the virtual world doesn’t respond as quickly, the illusion is ruined.

This is where AMD’s (NASDAQ: AMD) new Liquid VR API comes in. Liquid VR uses a number of different methods to make sure the VR headset is responsive as possible. These methods are Latest Data Latch, Asynchronous Shaders, Affinity Multi-GPU, and Direct To Display. All of these methods are optimized for AMD GPUs, and support multiple GPUs working in-sync. 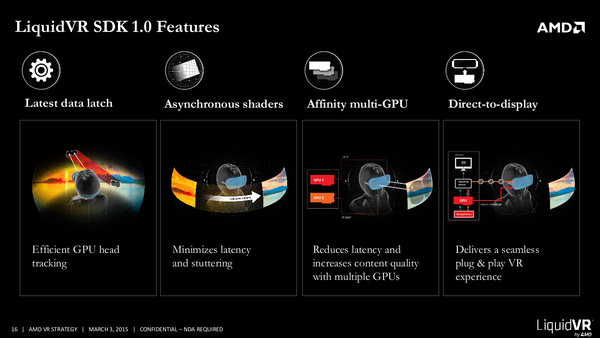 Latest data latch promises to reduce the latency by increasing the efficiency of CPU-GPU parallelism. With this method the GPU would be provided a bigger buffer of data from CPU, making more rendered data available so less rendering time would be needed to display virtual worlds. 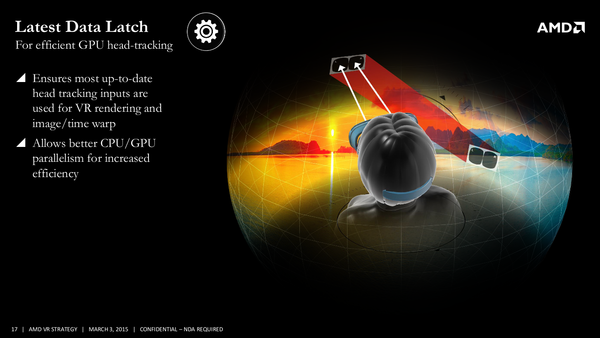 Moving on to asynchronous shaders, these allow the GCN shaders on the GPU to warp the image of a user’s viewpoint before sending it to the VR headset to further reduce latency. Effectively for every viewpoint the VR headset requests, the GPU will create more data than required so re-rendering isn’t necessary. 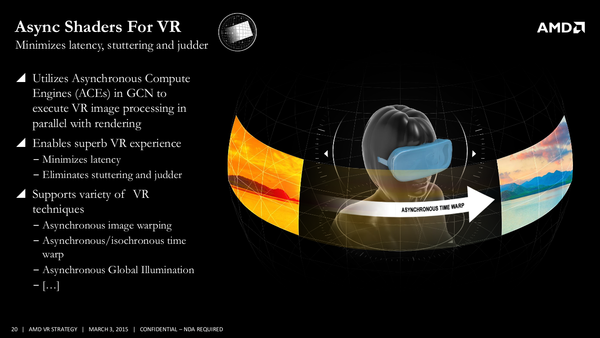 The Affinity Multi-GPU feature allows GPUs to work together in creating the stereoscopic image. Effectively each GPU would render a single eye’s viewpoint before combining them into one stereo 3D image.

All in all Liquid VR is a promising early step towards a much-needed API for VR gaming. As this API matures AMD will have no trouble getting VR headset vendors on board.