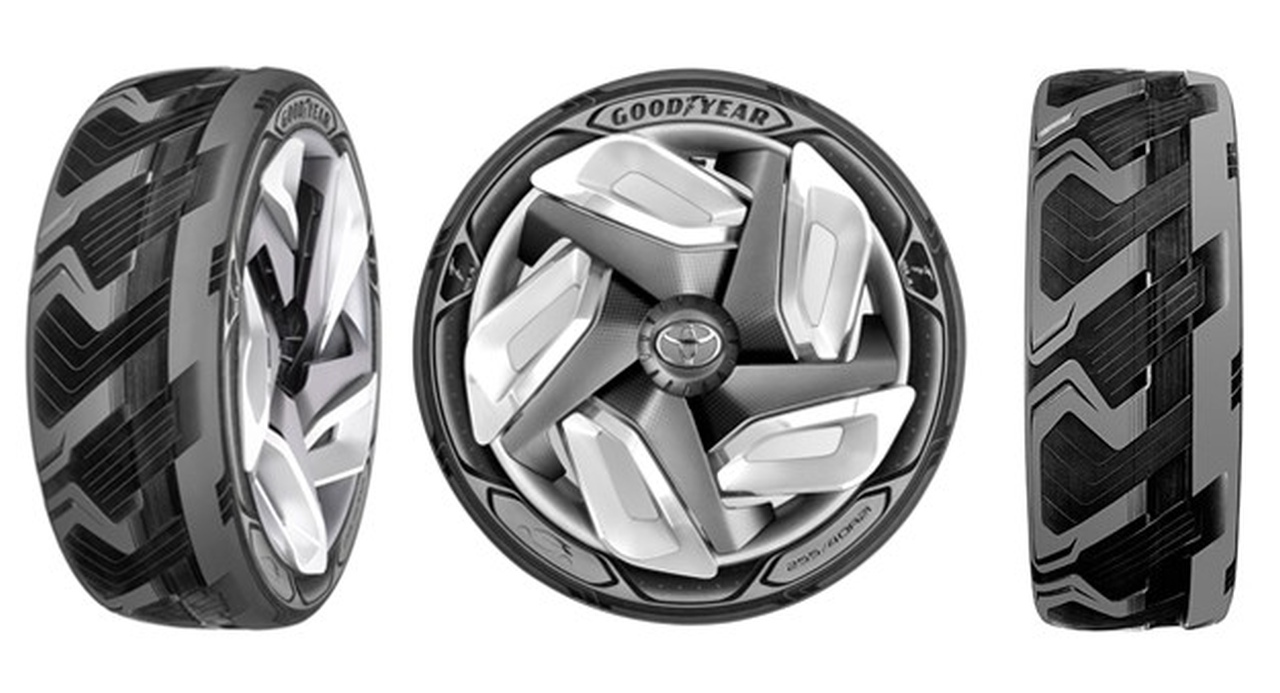 The concept behind this prototype — which is far from going into production — could radically change the way we view car tires and car travel in the future. This concept, named “BHO3” – offers the possibility of charging the batteries of electric cars by transforming the heat generated by the rolling tire into electrical energy. This means, that under certain conditions, the car’s tires could actually charge the batteries of the vehicle. While the whole technology is rather new, the concept sounds profoundly promising all together.

The role of the car tires has always been to provide the safety and performance by adding better traction. Tires also allow for a smoother ride and take the hard hits of variable driving conditions the cars may encounter. In a nutshell they are the contact surface that the car has with the road. On the other hand, the technology of the tires remained stagnant in a lot of ways. Now, with Goodyear releasing its concept tires, dedicated to charging electric vehicles, we might see a big shift of focus for this often neglected part of the automotive culture entirely.

“These concept tires re-imagine the role that tires may play in the future,” said Joe Zekoski, Goodyear’s senior vice president and Chief Technical Officer, in a statement. “We envision a future in which our products become more integrated with the vehicle and the consumer, more environmentally friendly and more versatile.”

These tires would generate electricity through the action of materials in the tires themselves, reacting to the driving surfaces it encounters. The energy is created by heat when it flexes as it rolls during normal driving conditions, creating energy that can be transformed from one state to another, providing electricity. The materials used would optimize the tire’s electricity generation capabilities as well as its rolling resistance.

While Goodyear hasn’t released that much information about this potential groundbreaking technology, it is easy to see how such a solution would benefit would be range anxious drivers and help their electric vehicles achieve better range as well. Take a look at the video we’ve added below to find out more about this revolutionary tire concept. We’re sure some high-profile car manufacturers will take a rather compelling interest in this technology as well.

Now the question is, can Goodyear make this 3D rendering a reality? Only time will tell.