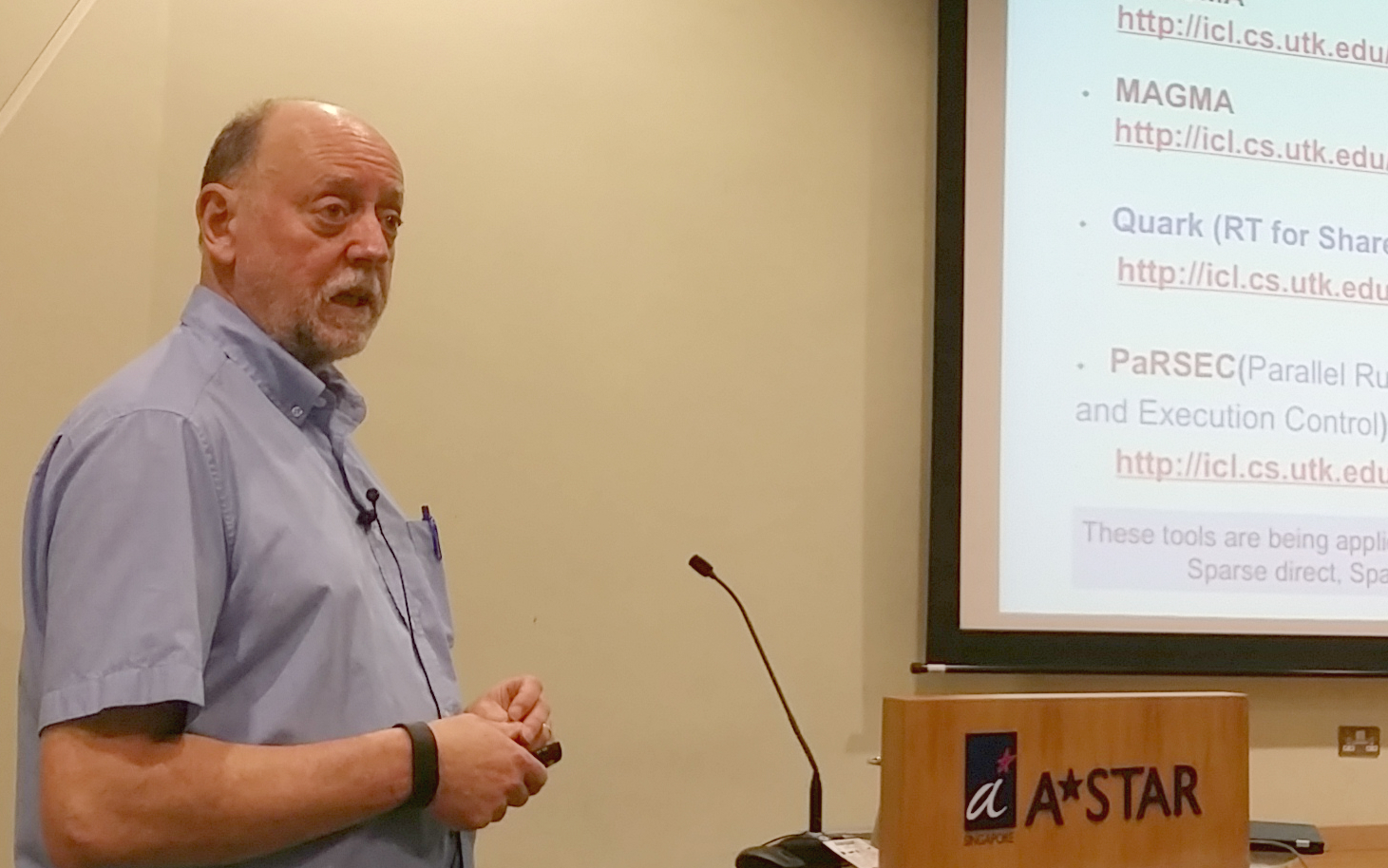 The next big leap in scientific computing is the race to exascale, the capability for a computer to perform 1 million trillion floating-point operations per second.

The US Department of Energy, which will fund the development of such systems, has set targets of what it wants from exascale systems. It wants one available by 2018-2022 and to consume less than 20 megawatts of power.

For scientific computing having this much processing power available would mean that researchers could tackle the next big questions in science. It has been likened to the Hubble telescope, and the advantages it offered scientists in seeing far-off previously invisible stars.

But the problem is current technology is not at the level to accommodate the requirements of exascale computing. In order to reach exascale, at an efficient power and price point, new architecture will have to be developed that changes the way high performance computers compute and move data. Current generation hardware can not simply be scaled up until it reaches exascale level, the power required would simply be enormous and uneconomical.

While the US has put a great deal of resources into the necessary research required to hit exascale, in the end it may be beaten to exascale by another country.

In order to get a better understanding of what needs to happen before we reach exascale, and to get a perspective on some of the other rising powers in HPC computing, VR World spoke with Oak Ridge National Laboratory’s Jack Dongarra who delivered a keynote at the Supercomputing Frontiers 2015 conference in Singapore on the topic.

VR World: During your keynote you mentioned the ‘exascale challenge’. In your opinion, how do we get there from here? What has to happen?

Jack Dongarra: We can’t use today’s technology to build that exascale machine. It would cost too much money, and the power requirements would be way too much. It would take 30 Tianhe-2 clusters in order to get there. We have to have some way to reduce the power and keep the cost under control.

Today, all of our machines are over-provisioned for floating-point. They have an excess floating-point capability. The real issues are related to data movement. It’s related to bandwidth. For example, you have a chip. And this chip has increasing computing capability — you put more cores on it. Those cores need data, and the data has to come in from the sides. You’ve got area that’s increasing due to the computing capability but the perimeter is not increasing to compensate for it. The number of pins limits the data that can go in. That’s the crisis we have.

That has to change. One way it changes is by doing stacking. 3D stacking is a technology that we have at our disposal now. That will allow much more information flow in a way that makes a lot more sense in terms of increasing bandwidth. We have a mechanism for doing that, so we get increased bandwidth. That bandwidth is going to help reduce [power draw] as we don’t have to move data into the chip.

The other thing that’s going to happen is that photonics is going to take over. The data is going to move not over copper lines but over optical paths. The optical paths reduce the amount of power necessary. So that’s a way to enhance the data movement, and to reduce the power consumption of these processors. The chip gets much more affordable, and we can have a chance at turning that computing capability into realized performance — which is a key thing.

In the US, I think we’ll reach exascale in 2022. 2022 is the point where the money will be in place and it’s a question of money. We could build a machine today, but it it would be too expensive. The current thinking is it will be realizable around 2020, and the US is going to be able to deploy the machine in 2022. The money won’t be in place until then, but the technology will be ready ahead of time.

JD: It’s great. It has to happen. It’s gotta be that way. It’s a natural way to move. It’s going to be the key thing in terms of performance enhancement in the next few years, and being able to effectively employ that as a device. Things look very positive.

VRW: Over the last few years we’ve witnessed China becoming a rising CPU player, with its domestic Alpha and MIPS-based CPUs. Do you have a feeling that conventional CPU vendors have over complicated things for themselves?

JD: China has an indigenous processor which may or may not come out and be deployed in a high performance machine. There are some rumors that the next big machine would be based on the ShenWei CPU. I can understand the motivation for China wanting a processor, they don’t want to dependent on Western technology for these things. There are some issues here. It’s not going to be on x86 architecture, so software will have to be re-written for this machine. Software is a big deal on these systems, but that can be overcome.

When China does deploy this wide scale, Intel will stand up and take notice. It will be a big thing, now China will be in a position to use their product and not Intel’s product. That becomes a big issue.

VRW: Do you see any emerging powers in the HPC space that are outside the traditional industrial powers of US, Japan, Europe and China?

JD: Things have been dominated by the US, followed by the European Union and Japan. China is a more recent investor in high performance computing. Then there are other countries that claim to be wanting to be involved. Korea is a country that claims to wanting to be involved. They are making noise about buying a big machine. They aren’t going to build a machine — they don’t have the processors — they are going to buy a machine from the US.

India has made claims they want to do something. Again, they aren’t going to make their machine. They are going to purchase one.